By Joseph Gibson on September 30, 2020 in Articles › Celebrity Homes

Pierce Brosnan and wife Keely Shaye Brosnan have reportedly decided to take their leave of the expansive Malibu estate they've owned since 2000. They acquired the land where their mansion sits over two separate transactions for a combined $7.35 million. After living in the previous house on the property for a few years, they razed it and replaced it with an approximately 12,500-square-foot, nine bedroom compound inspired by architecture in Thailand. And today it was revealed that they're looking to sell it for a cool $100 MILLION.

The Brosnans named their Thai-style estate Orchid House, and according to The Wall Street Journal's report on the listing. They were inspired to build it by time the 007 star spent in Thailand during the filming of the Bond film "Tomorrow Never Dies." According to the former James Bond, the film's commercial success lead to a substantial bonus for the leading man, and he tells WSJ that Orchid House is the result:  "I said to Keely, 'Go build your dream house.' And she did."

BY our count Pierce earned a shade under $50 million during his time playing James Bond. 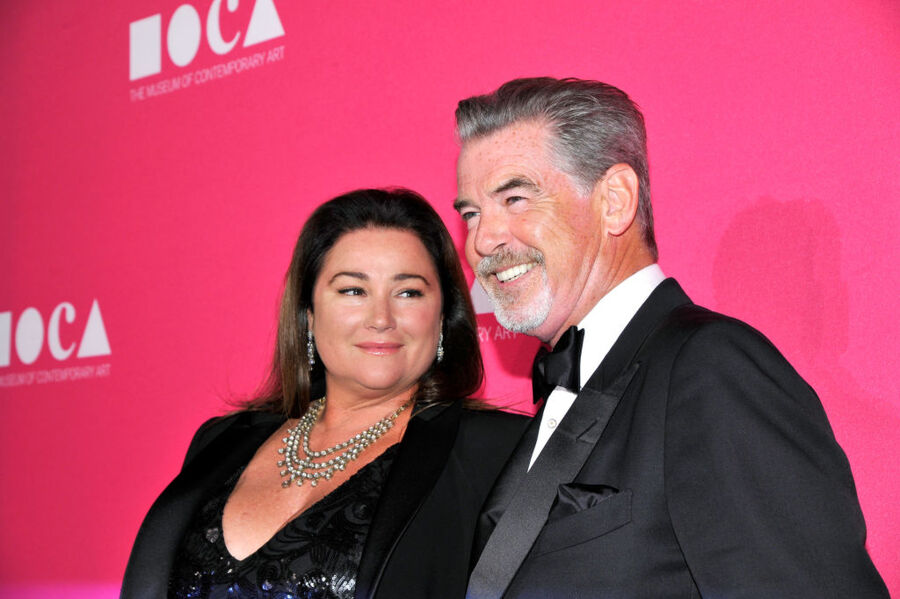 "Dream house" is as good a description as any for Orchid House, spread across roughly an acre of Malibu's Broad Beach. The property has a reported 120 feet of beachfront on the Pacific ocean, a treasure even compared to other homes on Broad Beach, where the average house has just 40 feet of beach frontage (per Orchid House's listing agent Chris Cortazzo of Compass).

The compound's 12,500 square feet come from both a large main house and a separate guest house, and the main house's master suite alone sprawls over some 4,000 square feet alone, complete with two his-and-hers fireplaces and a private art studio. Another great feature of the house is its 20-seat movie theater, which Keely Shaye Brosnan (who works as a filmmaker) says has gotten a lot of use over the years:

"We screen first-run movies every weekend when we're home…It's dinner and a movie."

Now, after two decades of movies, parties, and memories, the Brosnans are cutting Orchid House loose, due to their decision to relocate to Hawaii where Keely Shaye Brosnan was raised. But, the Brosnans say they aren't looking to cut their roots from California altogether, and are considering purchasing another home somewhere in Santa Barbara.