By Chris Kelley on December 9, 2016 in Articles › Celebrity Homes

John Paul DeJoria, the billionaire entrepreneur behind such massive empires as Paul Mitchell and Patron Spirits, has sold his Texas home for $6.93 million, according to the Wall Street Journal. The property, located within the Austin, Texas metro area, sold for quite the pretty penny, but it's the somewhat unusual and extra extravagant amenities that come included that are the biggest highlight of this sale — and no, we're not talking about a pool (but that's included, too).

So what exactly is included in the massive $6.93 million price tag? Besides the four-bedroom home on the property, the new owner will have enough space to not only house a 'zoo' (included), but keep them safe in the event of Armageddon. Literally. The Dripping Springs lot not only includes parts of a nearby creek and an expansive acreage, but 120 exotic animals and a fully-stocked bomb shelter. The home's buyer, TV producer Jonathan Nowzaradan (known for such reality shows as "Shipping Wars," "My 600-lb Life," and "Half Ton Teen"), told the WSJ that he'll be completely prepared should the apocalypse arrive while he's settling into his new home. 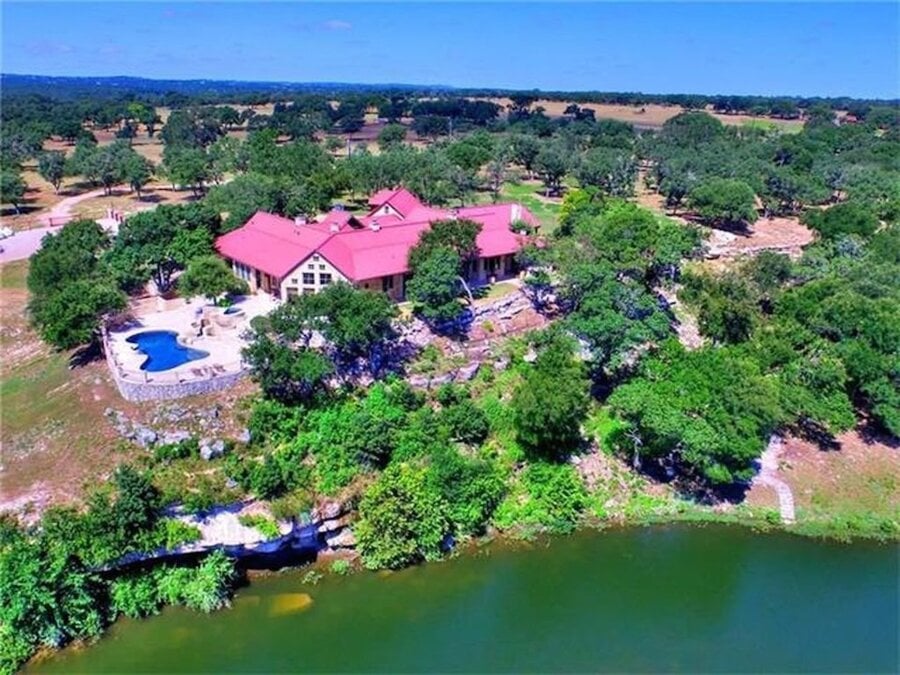 Situated on a 96-acre property, the main house of the Texas ranch compound rounds out at about 7,500 square feet of an expansive floor plan. Originally arriving on the market in 2015 for $7.9 million, DeJoria dropped the asking price of the Armageddon-ready property to $7.4 million just this year. Tied in a bow for $6.93 million, it's clear that the new owner struck quite a deal on the suburban lot. 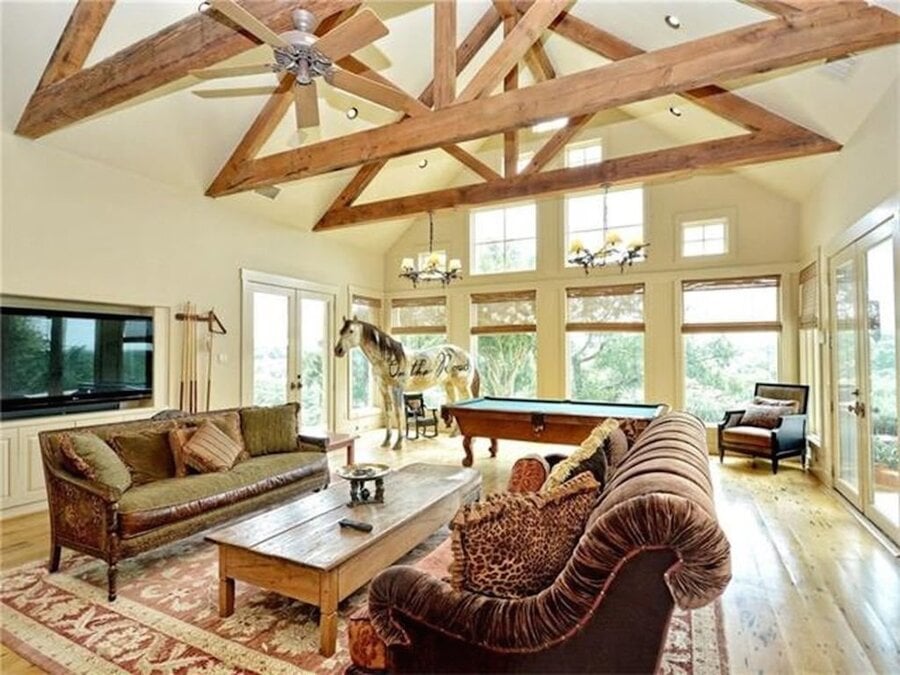 Animals and fallout shelters aside, the interior of the property's four-bedroom main house comes entirely furnished, with beautiful accents highlighting the home's treated stone walls and risen light wood beams. In this comfortable entertainment lounge, natural light shines through walls interlaced with glass windows, illuminating a life-size horse statue and nearby pool table. With multiple access points to the property's expansive acreage littered throughout the home, there are two parallel glass doors here that usher into beautiful patios, another majestic feature of the $6.93 million sale. 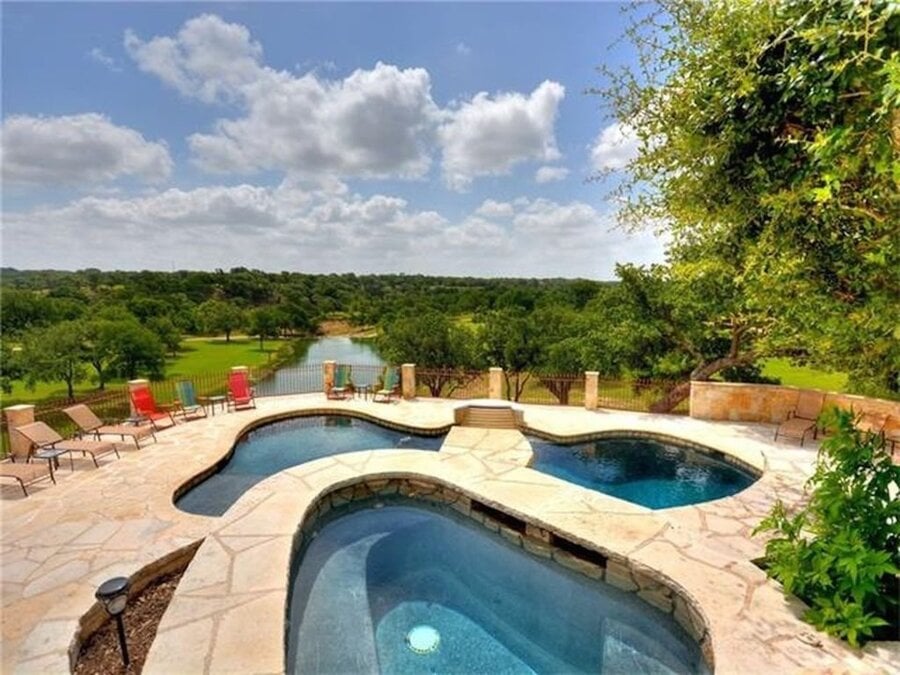 Just beyond the home's protruding patio overlay featuring a variety of seating and entertainment areas is the property's enticing, split-level multi-tiered pool system. What makes it even better? The beautiful view of the flowing creek just below. Now the only question is: just what is the new owner going to do with all the animals that came included in his big purchase?

While not an unheard of practice, particularly in farmland and countryside transactions, DeJoria's Texas ranch comes with enough grazing animals to potentially save some major dough on lawn trimming services. In fact, new owner Nowzaradan told WSJ that the property could be likened to an "African safari" for its animal kingdom inhabitants. The final sale included approximately 120 exotic animals that roam the ample 96-acre lot freely, drinking from the beautiful Fitzhugh Creek and sleeping in the property's two large barns. Of the lot's large animal population, some of the most beautiful specimens include the gazelle, wildebeest, and oryx antelope. 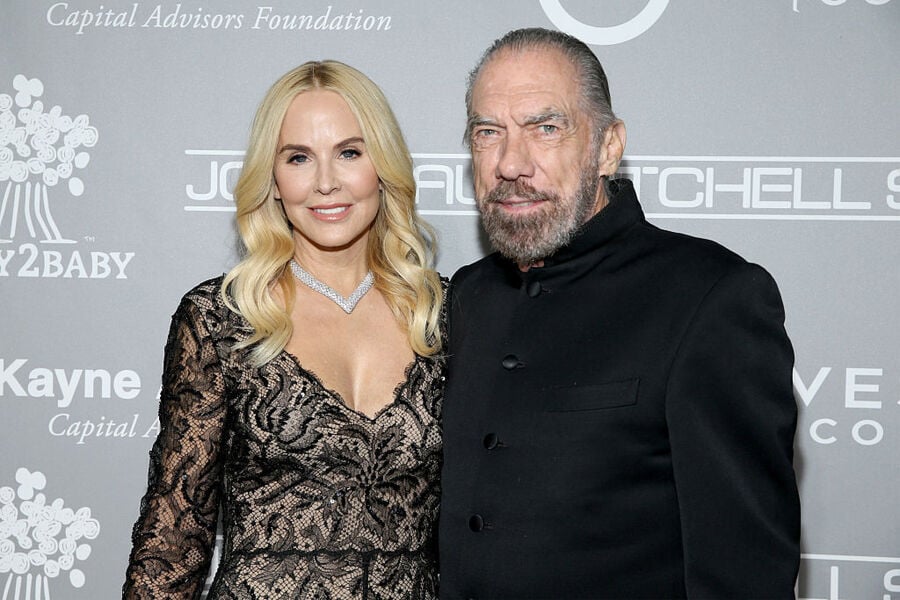 Billionaire businessman and philanthropist John Paul DeJoria commands a net worth of $3.3 billion. DeJoria's business ventures, including his roles as co-founder of the hair product line Paul Mitchell Systems and owner of Patron tequila, have earned him a certain level of CEO celebrity. His business empire has expanded into multiple ventures over the years, including several other spirit companies and lines, a founding partner position with the House of Blues nightclub chain, a self-titled diamond company, and a pet grooming service. Along with his wife, actress Eloise Brady, DeJoria has six children and continues to maintain properties in California, Nevada, Colorado, New York, and Hawaii.