By Joseph Gibson on June 6, 2019 in Articles › Celebrity Homes

It sounds like a living situation that a small child would come up with: a house in Paris, right next to the Eiffel Tower. But a recent listing from Russian-based Kalinka Realty gives some lucky person the opportunity to make it a reality, provided they have $280 million to spend.

That asking price makes it the most expensive current home listing in all of Paris, and Kalinka International head Tatyana Burlakovskaya recently told Business Insider it's worth every penny:

"This is an ideal purchase for investment and similar offers — within walking distance from the [Eiffel] Tower and with views of it…Such properties are called trophy [properties]. Possession of them is not so much a question of profit as the opportunity to get a unique asset into your collection — one of a kind."

Kalinka Realty says that the mansion is currently owned by two elderly sisters who serve as "representatives of a rich French dynasty," but the interior of the mansion has long remained cloaked in mystery, unknown to members of the public in France or elsewhere. But that hasn't stopped a surge of interest from prospective buyers from creating a recent rise in the property's asking price. 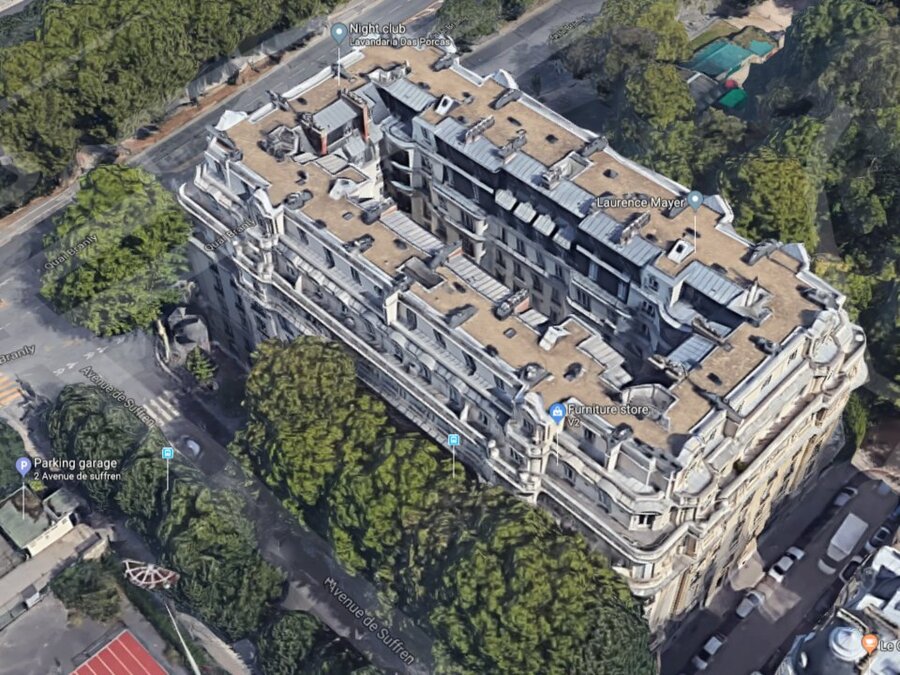 Located at Avenue de Suffren and Quai Branly, within walking distance of Paris's most famous landmark, the six-story mansion counts various other public institutions, like international embassies and museums, among its neighbors.

The owners of the home have a strict policy of not allowing any photos of the inside to be published, so the only way to see the interior is to be a legitimate prospective buyer (or at least be able to fake it). And if it actually sells for its current asking price, it will join the ranks of the most expensive homes ever sold, not just in Paris, but the entire world.