By Brian Warner on August 1, 2021 in Articles › Celebrity Homes

A lot of people don't realize that Osama Bin Laden was essentially a spoiled trust fund baby. Osama's father Mohammed, who was born dirt poor in Yemen, eventually earned a massive fortune as the founder of a construction company that today is known as the Saudi Binladin Group. At the time of his death in 1967, Mohammed was the only Saudi Arabian billionaire who was not a member of the royal family. Mohammed had 52 children. Upon his death, each of his children inherited $20-30 million. That's the same as around $160 million in today's dollars.

Today to collective Bin Laden family is worth perhaps as much as $10 billion cumulatively.

One of those family members is Osama's older half-brother Ibrahim Bin Laden. Ibrahim was Mohammed's 15th child. Osama was #17.

In the early 1980s Ibrahim, who was then in his early 20s, moved to the United States to attend the University of Southern California. And since a millionaire Saudi playboy can't exactly live in a dorm, he decided to buy himself a house.

In 1983 Ibrahim paid $1.65 million for a 2-acre mansion in the exclusive LA enclave of Bel Air. That's the same as spending around $4.5 million in today's dollars.

The late 1980s and 1990s were a good time to be a Saudi millionaire living in Bel Air. Ibrahim married an American and they soon welcomed a baby girl.

For years the family lived a lavish life of luxury in their 7,000 square foot Bel Air mansion. They employed a small army of full-time servants, security, gardeners and chauffeurs. Ibrahim kept the garage and circular driveway stocked with luxury automobiles, including Ferraris, Lamborghinis and Rolls-Royces.

Unfortunately this perfect life was upended on September 11, 2001.

Ibrahim – who by then was divorced – was traveling overseas on the day of the 9/11 attacks. He has not set foot in his mansion or the United States since that fateful day.

Over the years the mansion fell into disrepair due to lack of maintenance. In 2010 it was revealed that the mansion had been cleaned up just enough to be used as a film location. Unfortunately it was for adult films. A news report from the time claimed that adult production company Wicked Pictures had filmed at least five hardcore movies in the mansion, perhaps paying $5 – 10,00 a day as a location/cleaning fee.

For the last decade the home has been entirely abandoned and earlier this week it hit the market. The price tag?

The photos, which were posted to the MLS by Coldwell Banker, paint an eerily bleak picture. 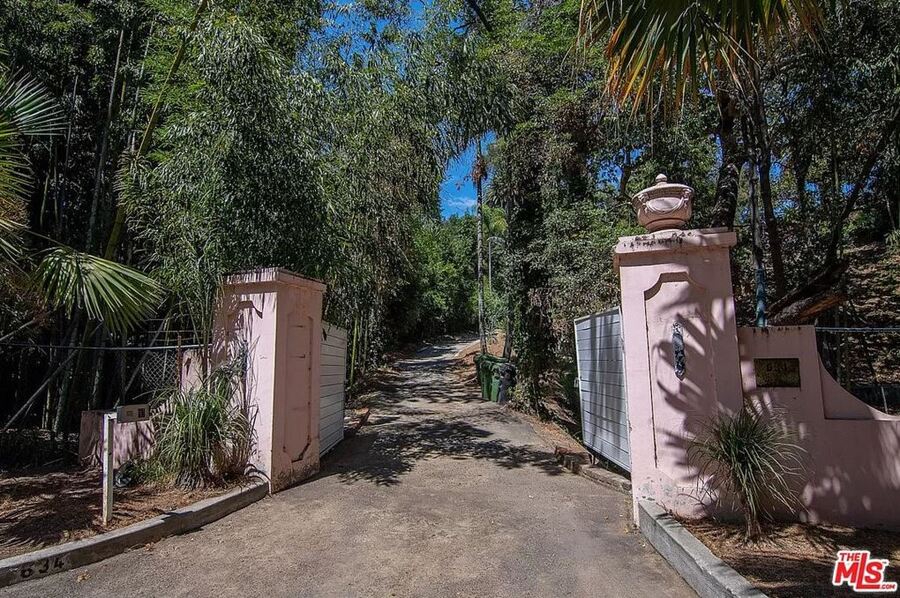 Here's the home from above: 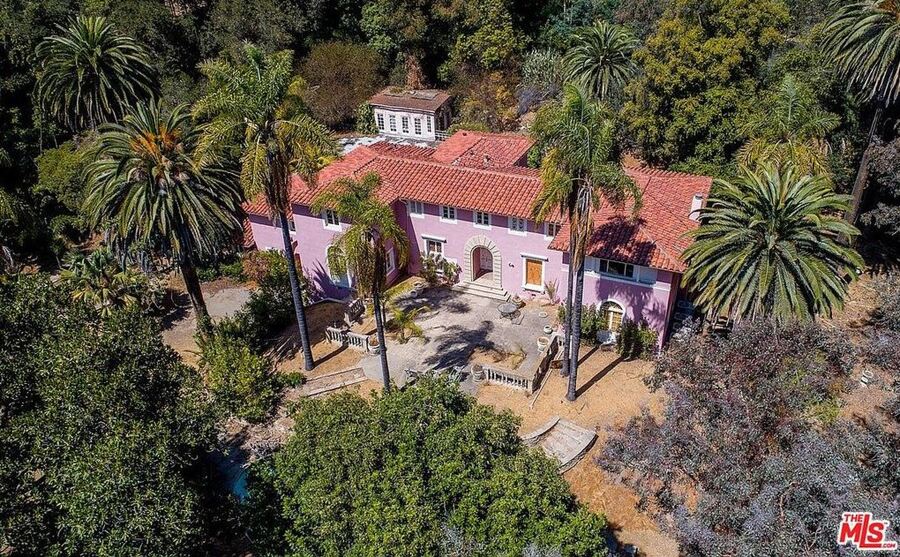 And here are a couple more photos that show the current state of neglect: 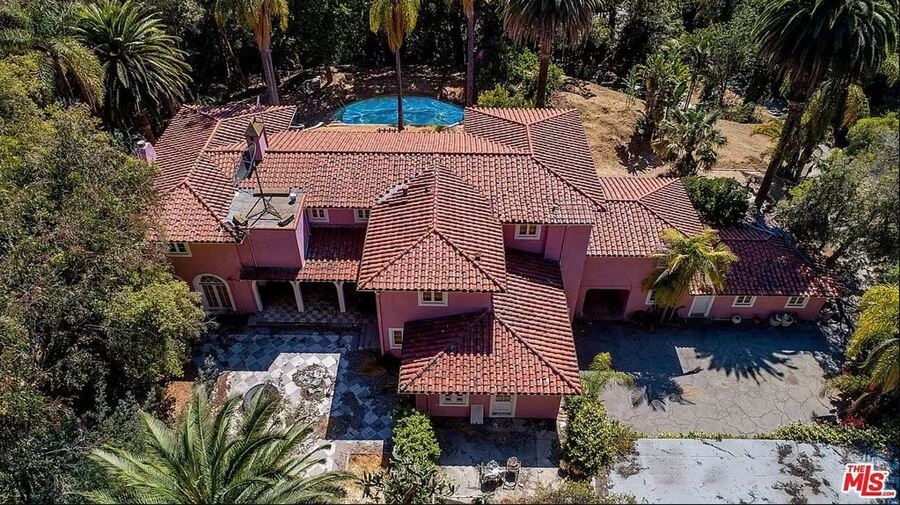 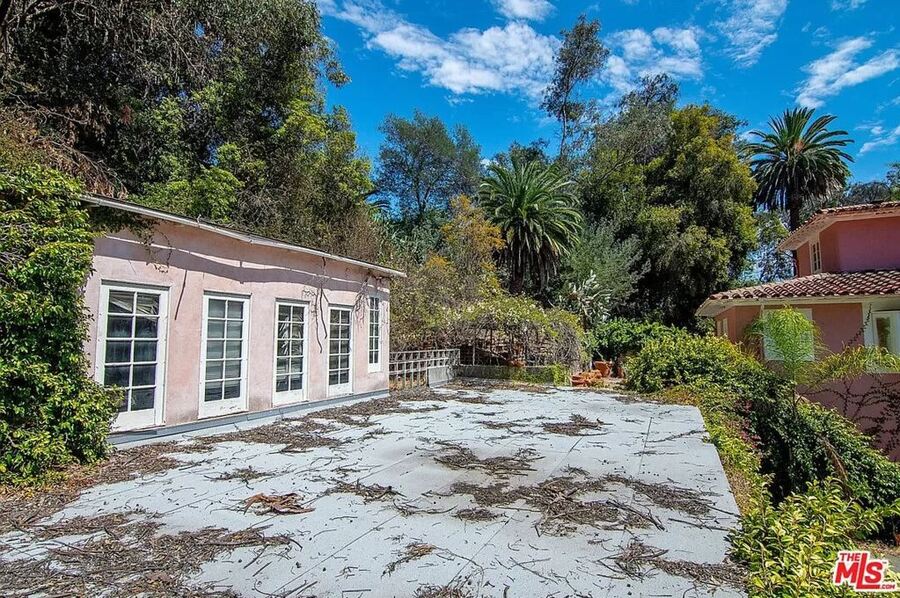 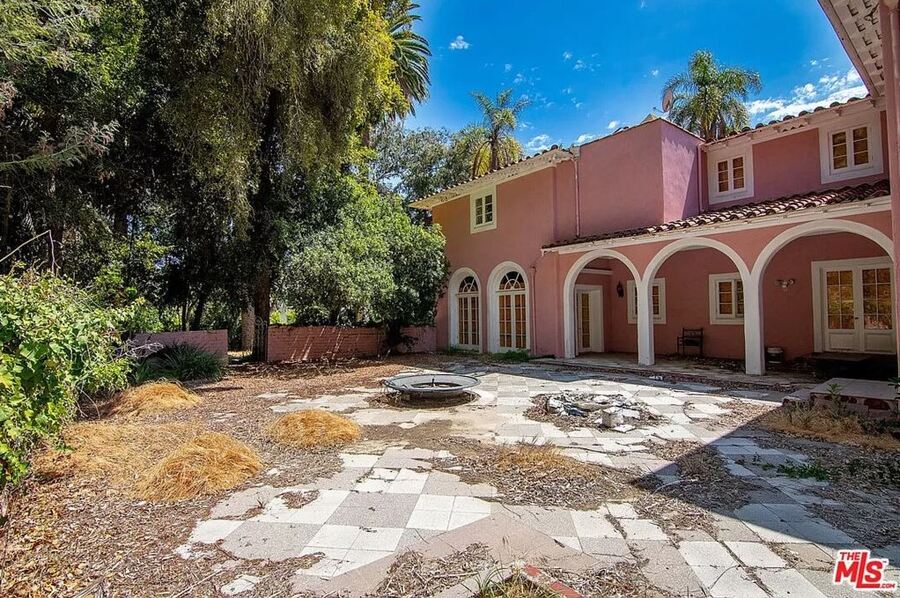 There are no photos of the interior of the home. The buyer is very likely purchasing a total tear down. A $28 million tear down.

Here's how the property is described in the MLS:

"Prime Lower Bel Air, few doors from the Bel Air Hotel, walk to the hotel for breakfast or dinner, over 2 acres gated and private setting. Ready for redoing, owner has not been here for over 20 years. LAND VALUE. Location, location and location."

So what do you think? Care to pay $28 million to sleep where a Bin Laden slept 20 years ago?