Oprah Winfrey Owns At Least $200 Million Worth Of Real Estate In The U.S.

Oprah Winfrey has bought almost $90 million worth of real estate on 67 acres in chic and pricey Montecito, California over the last several years, so it's safe to say that her vast holdings are in excess of $200 million. And why not? She is the Queen of all Media and one of the most famous and recognizable people in the entire world. If I had even $1 billion, let alone the $3.5 billion Oprah has, I'd build a resort-style fortress too! Last fall, she added onto her estate (which is called The Promised Land, natch) by picking up Jeff Bridges' Spanish revival home adjacent to the 67 acres she already owned. Bridges' former property is next door to Seamair Farm, a 23-acre plot that borders her 43-acre Promised Land estate. She bought Bridges' home for $6.85 million.

Bridges listed the property for $8 million in March 2019. Oprah watched and waited for the price chop before buying it for exactly what Bridges paid for the home in 2014. It sounds like Oprah doesn't want neighbors (and can you blame her?). All in, that chunk of land and the buildings on it is worth north of $100 million, with Winfrey owning seven homes from California to Maui to Washington state. 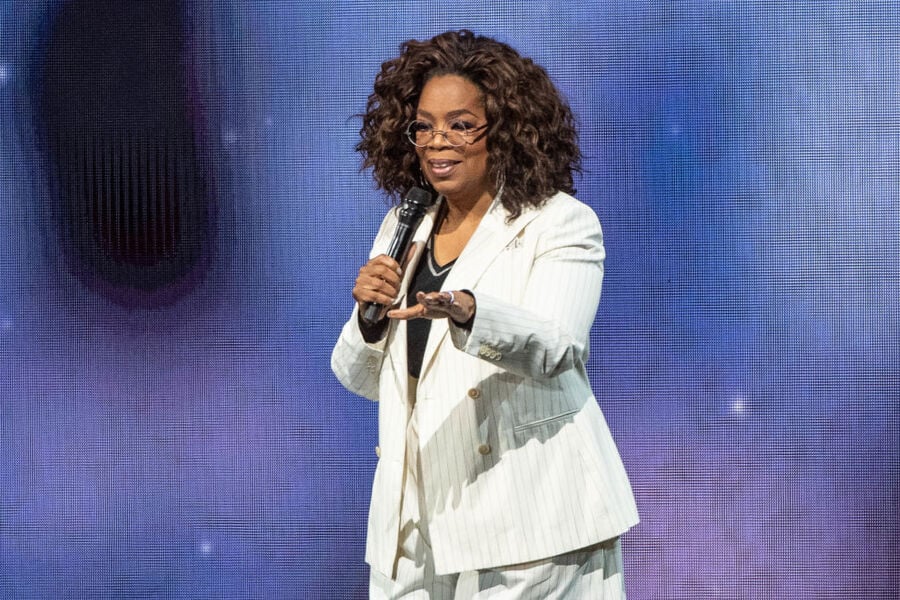 Oprah has now solidified her base in Montecito. In 2001, Winfrey paid $50 million for a 23,000-square-foot mansion on 42 acres in Montecito. The neo-Georgian mansion is her main home and alone is worth at least $90 million. The home has six bedrooms and 10 fireplaces. Add in the 23-acre farm next door that Winfrey bought in 2016 for $29 million and Bridges' former estate and Oprah owns 67 contiguous acres with 13 separate buildings, two pools, ocean views, and a tennis court.

Oprah also owns a 43-acre estate on Orcas Island in Washington State that she purchased for $8.275 million in 2018. In 2014 she spent $14 million for a ski chalet in Telluride, Colorado.

Oprah bought her first property in Maui in 2002. Over the years she has spent as much as $60 million to piece together 160+ acres in Maui. She spent $32 million in one transaction alone to buy the property next door.

In total, Oprah owns hundreds (potentially over 1,000) acres of real estate in the United States with a minimum value of $200 million.