By Travis Pulver on January 12, 2016 in Articles › Celebrity Homes

It would be nice to have a net worth of $3.2 billion like Oprah Winfrey so you can buy up your neighbor's property when it goes on sale – as she just did.

Oprah has been rather busy in the real estate market lately, and recently laid out at least $25 million to buy Seamair Farms, a 23-acre estate complete with a miniature pony farm, in Monticeto, California. She had been trying to buy the place for some time, but the previous owner, Mary Dell Olin Pritzlaff, rebuffed her offers, time and time again.

It's not that she needed the place. She already bought this 42-acre estate next door in 2001 for $50 million. 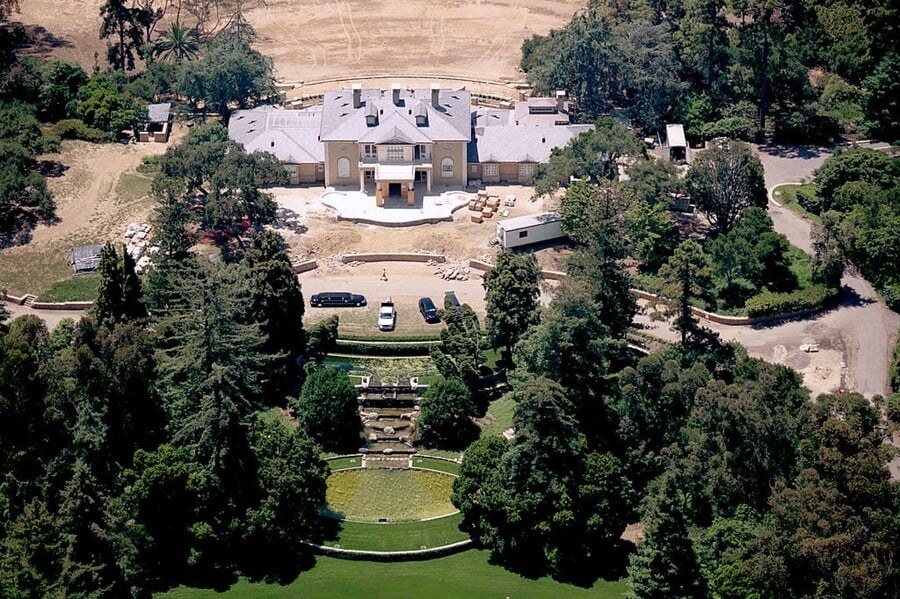 She bought the home to the north of hers for $7 million, back in 2005. With the purchase of Semair Farms from the estate of Mary Dell Olin Pritzlaff, she now only has one neighbor to the west.

For years, she had tried to get Mrs. Pritxlaff to sell. From time to time, Oprah would drive her golf cart over to chat with her and often left gifts in hopes of buttering her up. Nothing worked, and every time she made an offer, she was turned down.

After Mrs. Pritzlaff passed away last July, her children had the farm put up for auction. Sage Auctions took care of the auction in October. Sealed bids were accepted from those who were interested, including Oprah. Hers was the highest and when the bid process closed, she finally got the property she had wanted for so long.

The home is spacious at 4,750 square feet, and comes complete with a pool, open and covered patios and decks, a manager's cottage, a horse trainer's house, stable and a barn. It's a beautiful, tranquil place with a nice view of the Santa Ynez Mountains and Pacific Ocean.

Why exactly she wanted it is a mystery. It is doubtful that she is going to live in one of the smaller houses, when she has the $50 million one right in the middle of them all, but when you have the kind of money that she does, you can buy whatever you want.