After a bit more than four months, the former residents of 1600 Pennsylvania Avenue have found a new place to live. That's right; Barack and Michelle Obama have bought a house. When they vacated the White House, the Obamas moved into a rental house in the posh Kalorama neighborhood of Washington, D.C. They fell so in love with their rental that they paid $8.1 million to buy it. After all, their daughter Sasha has two more years in high school at the prestigious Sidwell Friends School, so they are going to be staying in the area. It makes sense for them to buy rather than rent.

However, it seems that the Obamas may have overpaid for their nine bedroom, eight and a half bathroom mansion. Real estate site Zillow.com estimates the value of the home at $6.2 million. That said, when you're in a hot property market, homes often go for substantially more than their value. The Kalorama neighborhood is a hot neighborhood where property values have been soaring. Several high profile families have moved into that area in recent months, including Ivanka Trump and Jared Kushner, Secretary of State Rex Tillerson, and Jeff Bezos, who paid $23 million for the largest home in DC in January. That property is a former museum. 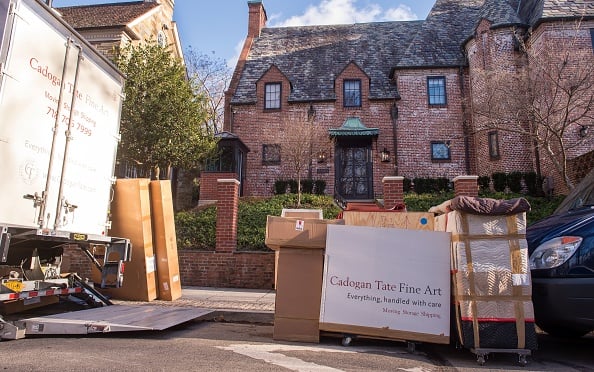 Barack, Michelle, Malia, Sasha, and Bo's new home is 8,200 square feet. It got a security update last fall in preparation for the former first family. The property is blocked off to public access with concrete barriers which are watched over 24/7 by Secret Service agents.

The Obamas bought the home from Joe Lockhart, President Clinton's one time press secretary. The political strategist was named executive vice president of communications for the NFL, which required him to move to New York. Lockhart bought the home in May 2014 for $5.295 million.