With The Year Over, Here Were The Top 5 Celeb Homes On The Market In 2016

As 2016 drew to a close and 2017 began, it brought a time of deep reflection for many. What will you accomplish in 2017? What did you accomplish in 2016? Regardless of what you may or may not have checked off the bucket list, 2016 was certainly the year of huge celebrity real estate listings.

To celebrate, TopTenRealEstateDeals.com has just announced its hottest celeb listings for the past year. From Pharrell's literally unbelievable Miami penthouse to a palace actually shaped like bubbles, let's recap the five most extravagant examples of celebrity real estate to hit the market in 2016. 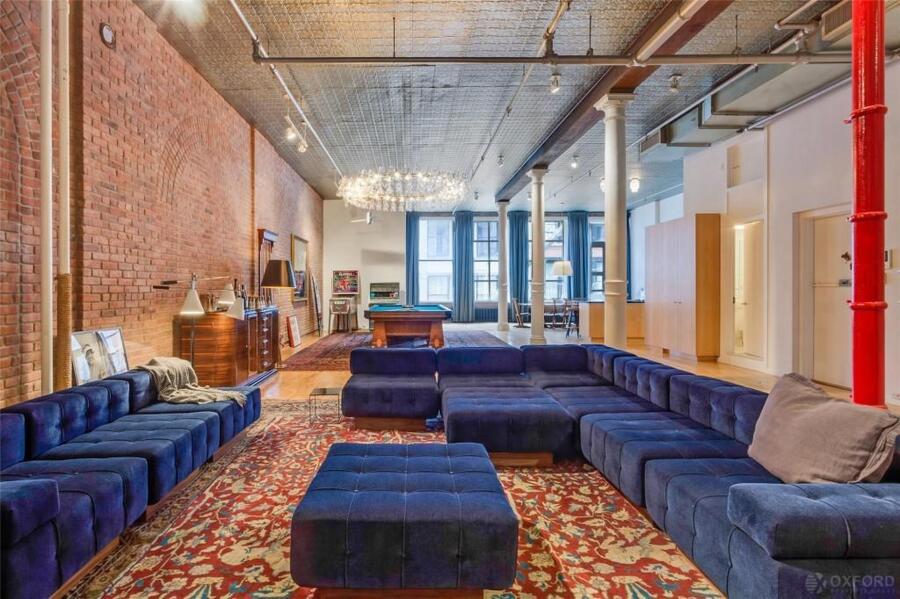 Maroon 5 frontman and The Voice host Adam Levine has had both good and bad luck in the world of real estate in 2016. The musician and his wife, supermodel Behati Prinsloo, listed both their New York SoHo apartment and Beverly Hills mansion in 2015, but only found a buyer for the Big Apple penthouse. 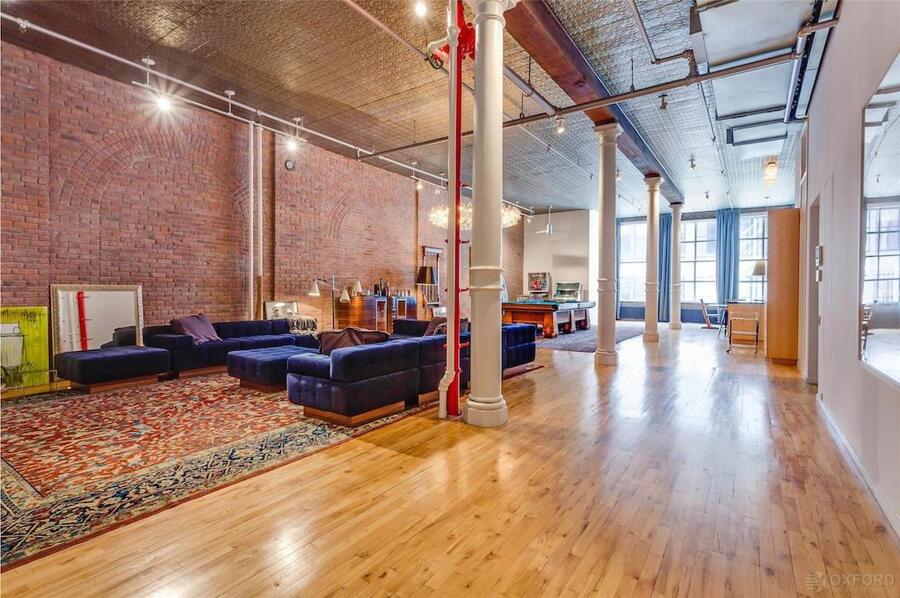 Shoe designer Nick Lucio bagged the 2,800-square-foot loft soon after it was listed for a total of $5.4 million, a deal just shy of Levine and Prinsloo's initial $5.5 million listing price. The couple initially purchased the Greene Street loft in August of 2014 for $4.45 million before swiftly converting the then three-bedroom apartment into a spacious one-bedroom loft. Despite its elegance and unmatchable open layout (it has a 60-foot living room – yes, in NYC), it's no surprise that the couple listed this property shortly after announcing they were expecting their first child. Where else would they put the nursery? 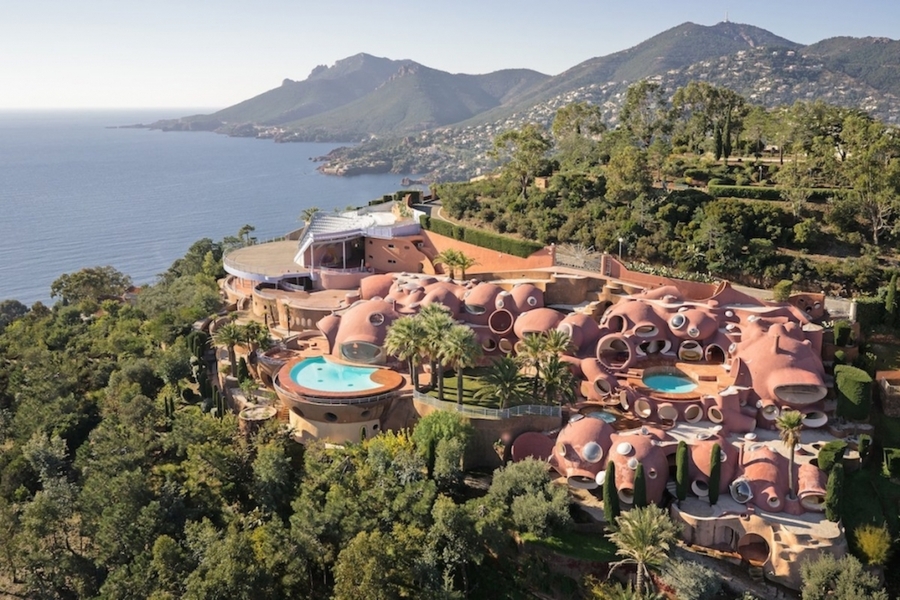 With a price tag of $455 million, Italian-born designer Pierre Cardin's famous Palais Bulles (literally Bubble Palace) is the single most expensive residential property currently for sale in the entire world. The futuristic, bubble-inspired abode is tucked away in Cannes, France, and features an eccentric, maze-like collection of bubble pods littered throughout the property and connecting to make up the estate's village-like look. 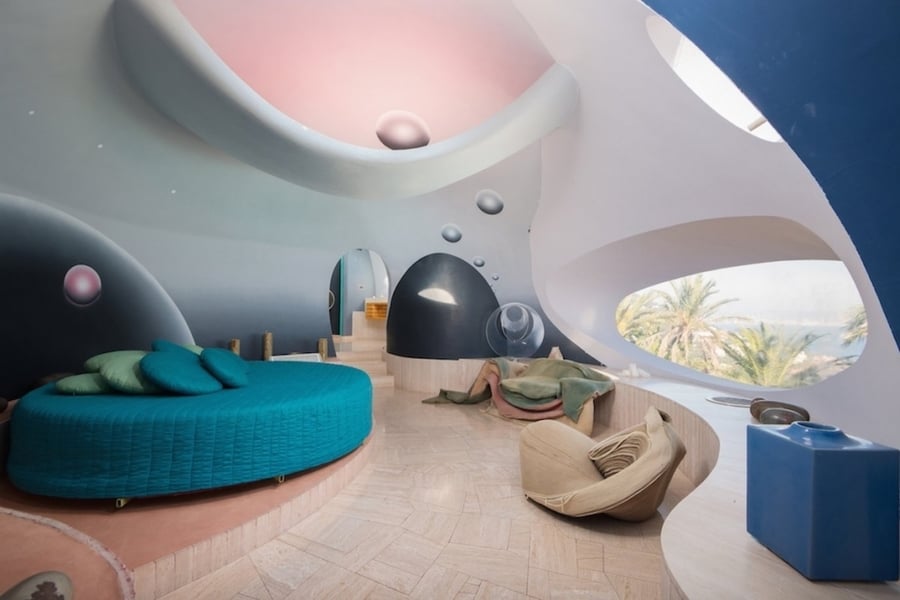 Unfortunately, Cardin's Bubble Palace has floated on and off of the market since 2015 (reappearing in 2016 with the new and improved price tag), and so far there are seemingly no interested buyers willing to pay $455 million for it. The designer initially scored the unique home after placing he winning bid at an estate auction in the '90s following the previous owner's death and it has been a popular venue for many high-profile French fashion and runway shows ever since, with notable stars such as Pierce Brosnan and Marion Cotillard often on the guest list. 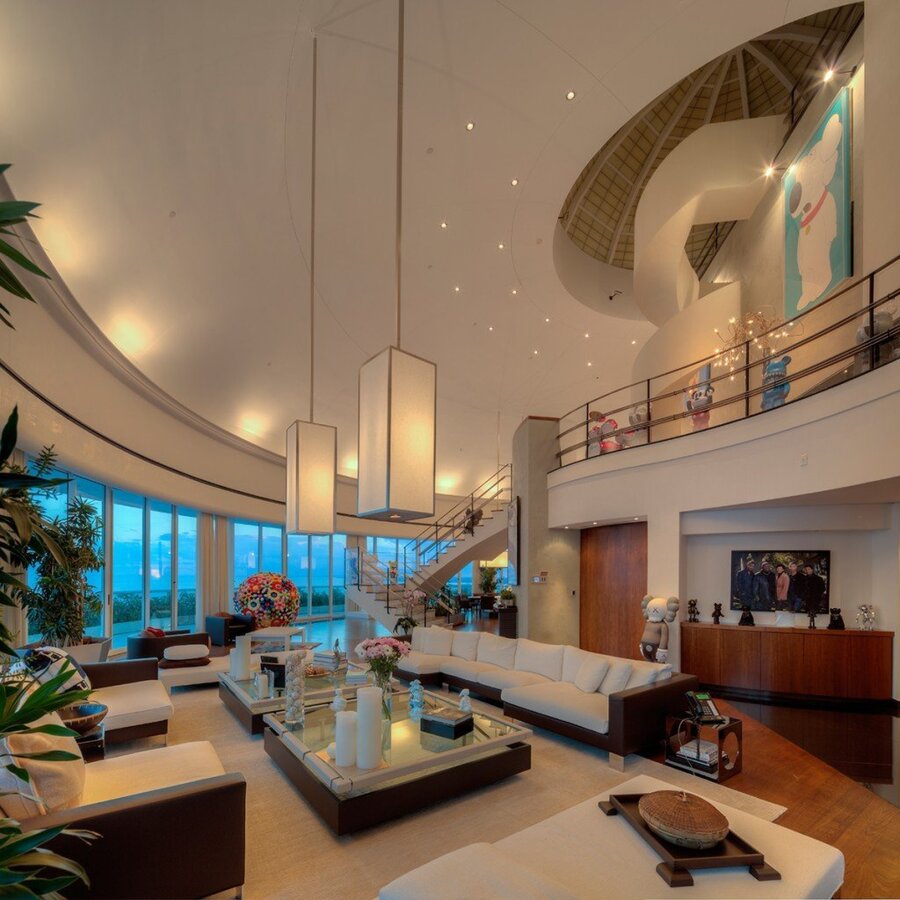 It's likely that Pharrell Williams wasn't so "Happy" to unload his 9,000-square-foot Miami penthouse for over $7 million less than he had initially listed it at – not to mention, for $3.27 million less than what he originally paid for the stylish suite to begin with. The five-bedroom, three-level penthouse, located within the Bristol Tower condominium in Miami's Bucknell neighborhood, had a torrid affair with the real estate market, seeing re-listing after re-listing before Pharrell finally pulled it to do several renovations and add a new price tag in time for 2016. 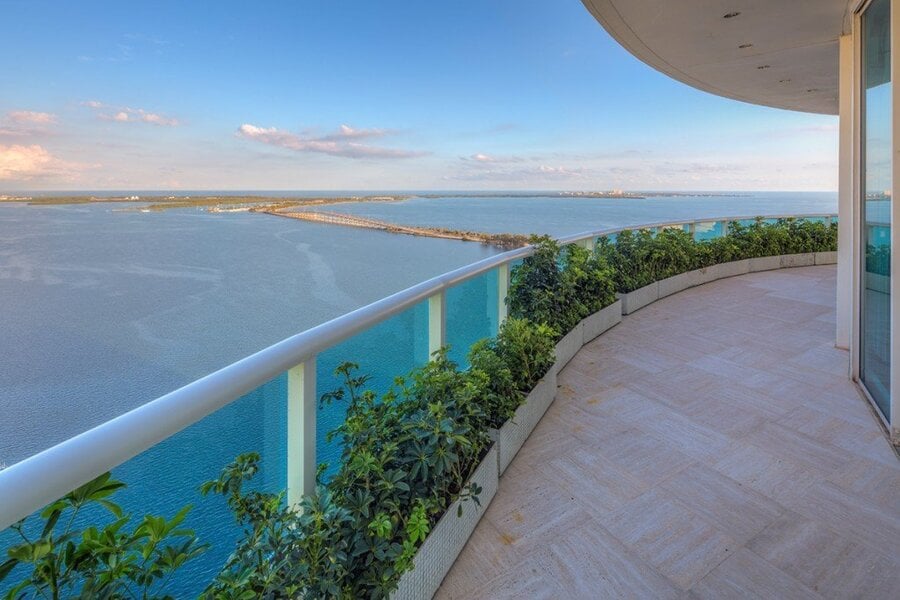 Regardless of the final closing price, Pharrell's gigantic Miami home is certainly a stellar specimen of celebrity real estate. With 30-foot high ceilings, a Venetian Plaster spiral staircase, and a beautiful view from the unit's private outdoor pool and terrace, there's no doubt that the new owner, described only as a businessman from New Jersey, is anything other than "Happy" with his purchase. 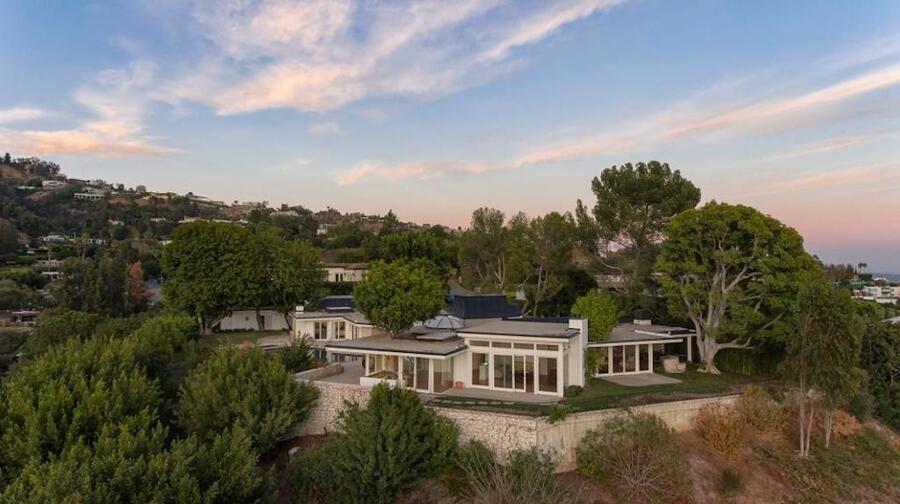 This newly updated contemporary estate was once owned by the King of Rock n' Roll himself, but it's all yours for $30 million. Hitting the market towards the end of 2016, this Beverly Hills abode is situated on "Billionaires Row," a street often touted as a magnet for celebrities. The gated 1958 French Regency home was shared by Elvis and Priscilla Presley from 1967 until 1973 and has remained largely off of the market until now, making it quite the steal for potential buyers (and Elvis fans, obviously). 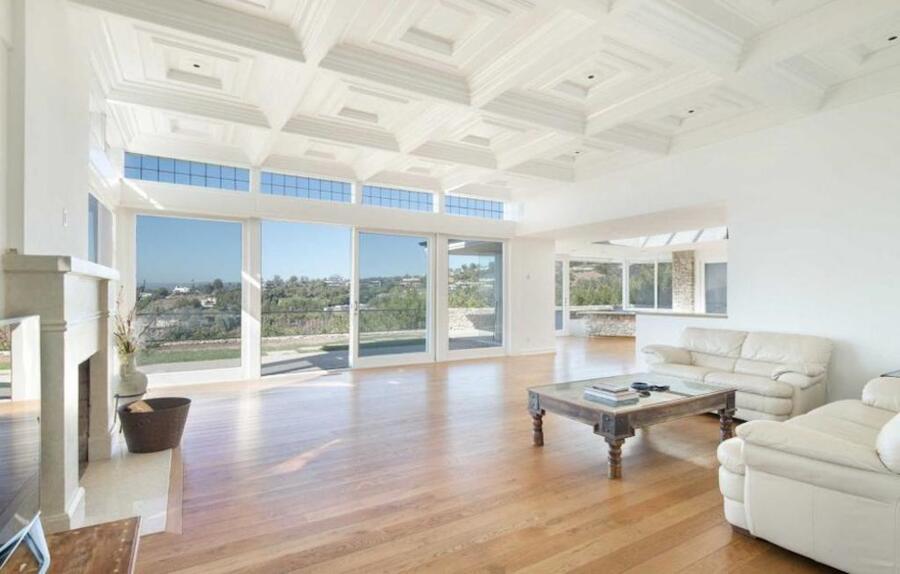 Although Elvis can be credited with much of the fame surrounding the five-bedroom, 5,367-square-foot home, restaurateur and hotelier Peter Morton, founder of the Hard Rock Café, is responsible for many of the home's modern updates. Prior to the updates, rumors Morton would flatten the home and redevelop the property sparked public outcry.  With such entities, the fast food chain Burger King, offered to buy it from him for $3.69 million with promises of preservation. Morton originally bought the estate for $9.8 million in 2012 and sold it to its current owner for $14.5 million, while Elvis paid $400,000 for the home in the 1967. 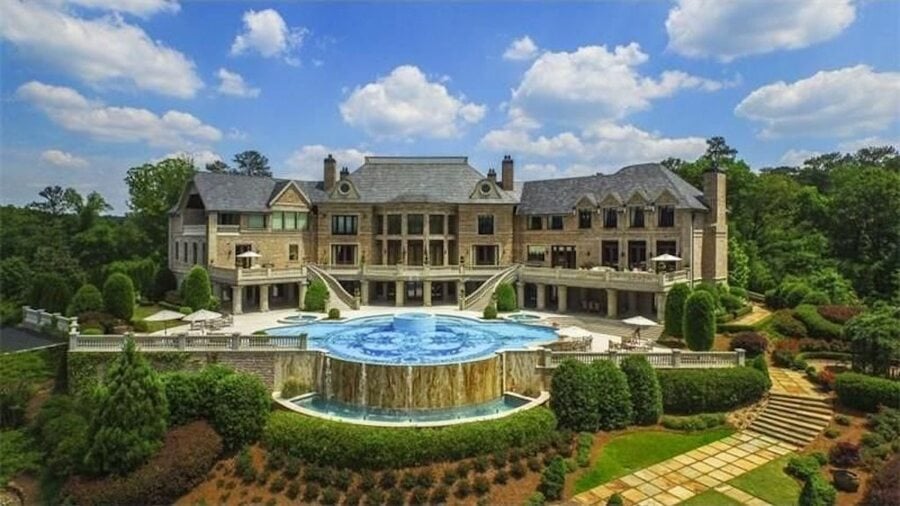 It was a record-breaking price that shook the Atlanta real estate market, but it's clear why Tyler Perry's Atlanta mansion made an unprecedented $17.5 million. The 34,688-square-foot French provincial and its accompanying 17 acres was initially listed at $25 million, but as Perry reportedly wanted something much bigger, it seems he was just fine with making a deal. 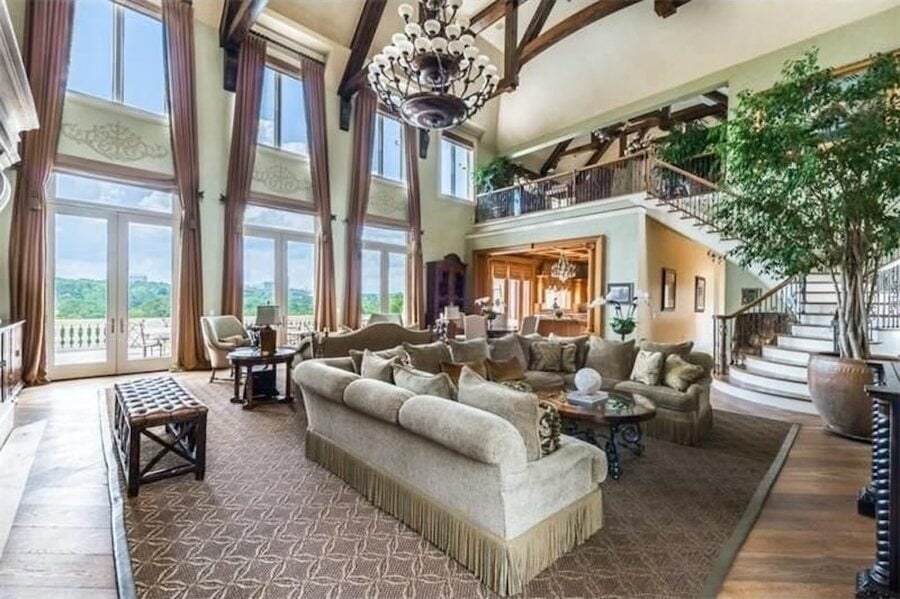 Perry's gigantic palace comes with seven bedrooms, a two-story parking garage, fitness center, spa, infinity pool, and even an underground ballroom. During its time under Perry's ownership, the sprawling $17.5 million estate hosted the likes of President Barack Obama and Oprah Winfrey. Despite not being the highest listing of the five, at $17.5 million, this Georgia mansion holds the title of one of the most expensive pieces of residential real estate sold in 2016.