Nigel Lythgoe's House: Does the Competition Producer Have the Talent to Sell a $3.95 Million Mansion?

Nigel Lythgoe is both loved and hated in the world of entertainment.  A Brit born to working class parents, he began dancing while in elementary school, and went on to become one of the UK's most successful director/choreographers for both theater and film.  He then parlayed his excellent reputation into an equally successful and very prolific producing career.  He produced the short-lived, but ridiculously successful series "Pop Idol", which spawned the entire "Idol" franchise.  He is now producer of "American Idol", and advisor to its multiple spin-offs around the globe, and created the popular show, "So You Think You Can Dance".  He also serves as the program's producer and a judge.  In addition to his recurring shows, he has produced a number of shorter talent competitions, like "Superstars of Dance" and "All American Girl".  He splits his time between the US and UK, where he also serves as a judge on "So You Think You Can Dance UK".  Nigel Lythgoe's house in the US is especially indicative of his success.  However, though his various series have remained popular, of late, they have started to fade a bit.  "So You Think You Can Dance" was cut down to one night instead of two, and "American Idol's" ratings have been steadily dropping.  Maybe he's starting to feel the downward spiral, as he recently listed his massive Las Vegas home for 43% less than the price he paid for it. 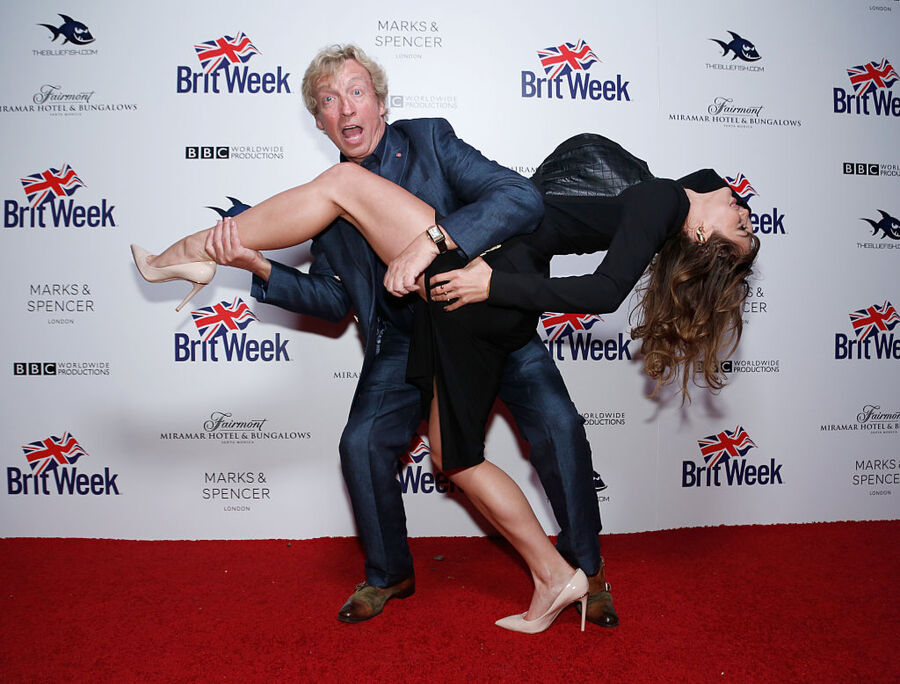 Nigel Lythgoe's house in Las Vegas sits on .36 acres of land and contains five bedrooms and 6 and 3/4 bathrooms.  The very well appointed kitchen sports a walk-in pantry, stunning fixtures, and specially designed cabinetry.  The house also contains two living rooms, simply massive bathrooms, multiple fireplaces, high ceilings, a wraparound terrace, boat dock, hot tub, swimming pool, multiple balconies, and a man-made private lake.  Nigel Lythgoe's house is what one might call, "hooked up".  It is also for sale for $3.95 million, a great deal less than the $7 million he paid for it in 2005.  His need to sell would indicate that he is feeling the squeeze as his shows decline in ratings.  Here's hoping the entertainment industry's love for him trumps the hate.