By Joseph Gibson on November 24, 2019 in Articles › Celebrity Homes

Nick and Joe Jonas of the Jonas Brothers have long been known for keeping their close family ties intact amid their successful show business careers, together and separately. So it's not much of a surprise that The Wall Street Journal recently reported on their recent real estate purchases within about three miles of each other in Encino, California.

More surprising than that might be the money the two brothers have shelled out for their new homes: a total of $34.1 million. That's $20 million for the new home of Nick Jonas and wife Priyanka Chopra, and $14.1 million for Joe Jonas and Sophie Turner's mansion down the street. And both homes are reported to be among the most expensive ever purchased in the area.

The Joe Jonas / Sophie Turner estate sprawls across some 15,000 square feet, with ten bedrooms and 14 bathrooms. Amenities in the house include a wine cellar, home theater, gym, and office. The property's official listing also touted its "Historic Oak Tree at the epicenter of the property." 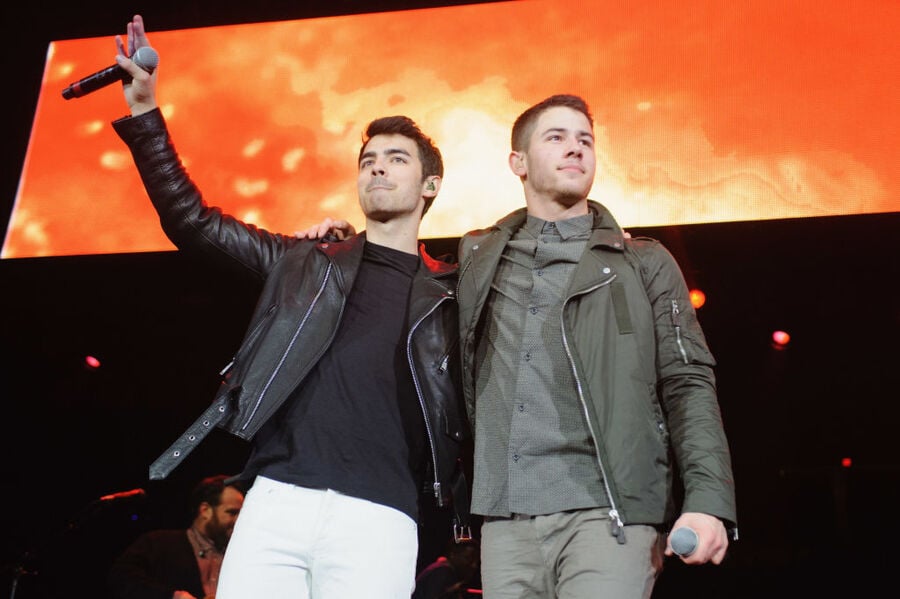 Nick Jonas and Priyanka Chopra spent a little more for their home about three miles away from older brother Joe's. And for their $20 million they got about 20,000 square feet with seven bedrooms and 11 bathrooms.

Encino was once considered little more than a suburb of trendier Los Angeles neighborhoods, it has reportedly become a more desirable neighborhood for affluent home buyers in recent years. But the prices paid by Nick and Joe Jonas for their respective homes still made a splash in the neighborhood, price-wise.

As for eldest Jonas Brother Kevin, there's no word as of this writing on whether he might also be planning to purchase a home of his own nearby, but for now two of the three members of the band have made themselves at home in style in Encino.