I just accidentally spent an hour reading about the Matthews family football dynasty. They are an impressive family. I got sucked down a rabbit hole after sitting down to write about the $30 million Calabasas mansion that was just listed by current free agent NFL linebacker Clay Matthews. More on that in a moment. For now though, here are five fun facts about Clay Matthews and his family:

#1) Clay's father and grandfather were both also named Clay Matthews and both also played in the NFL.

#2) Clay Matthews II played in 278 NFL games over 19 seasons between 1978 and 1996 – that's enough to be ranked #21 in terms of most NFL games played ever. Clay II also ranks third on the list of most tackles in NFL history.

#3) Clay Matthews I played for the 49ers for one season, 1950, but chose to temporarily give up professional football so he could enlist in the Army as a paratrooper to fight in the Korean War. He was not drafted. He enlisted! This cost him several seasons of NFL play. After leaving the Army Clay I re-joined the 49ers in 1953, playing through 1955 then joined the business world.

#4) Clay Matthews III has a brother named Casey Matthews who also was a linebacker in the NFL. Casey played for the Eagles from 2011 to 2014 and then the Vikings in 2015.

Pretty interesting family, huh? Now let's get back to the real estate.

Back in 2013, while he was still playing for the Packers, Clay paid $2.6 million for an undeveloped, 1.6-acre plot of land in a gated community in Calabasas, California called The Oaks. This is the same gated community that has been home to the likes of Justin Bieber, Katie Holmes, Travis Barker, Britney Spears and several Kardashians.

In 2015, soon after marrying Casey (his wife – not his brother), the newlyweds broke ground on what would become an absolutely stunning, 14,000 square foot mansion that took five years and untold millions to construct.

Look at this beast: 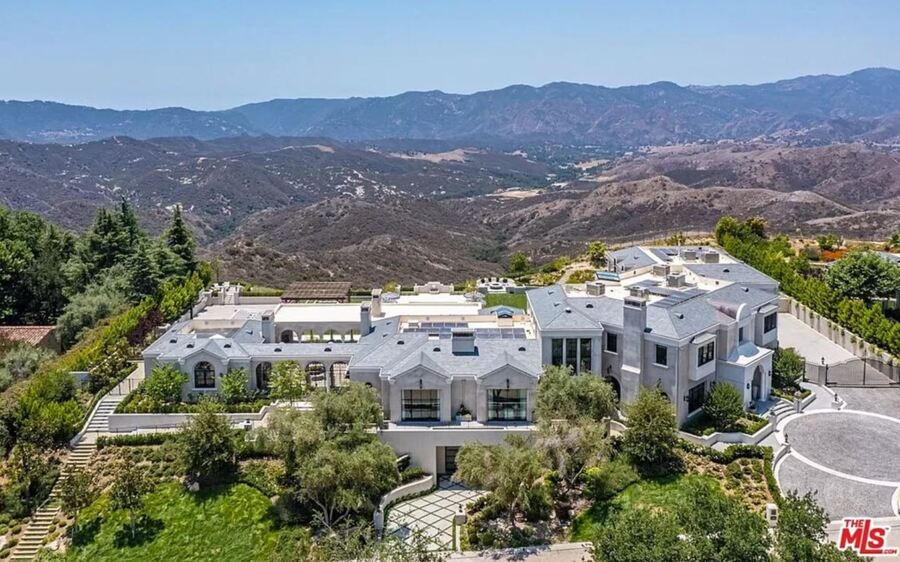 Clay and Casey (again, his wife – not brother) were likely hoping to make this their forever home after he signed a two-year deal with the Los Angeles Rams in 2019. Unfortunately, Clay only lasted one season with the Rams. He did not play at all in 2020 and is currently a free agent. I'm guessing he's about to call it quits.

So after all that work, all those millions of dollars and all that waiting, they've decided to float their forever home on the market. Asking price?

That would be a more than 10x return on the initial cost, but obviously less amazing after factoring-in construction costs. Let's say they spent $500 a square foot on this mansion, which is about what I would expect for this level of construction. At 14,000 square-feet, one could presume they spent $7 million on construction costs. Call it $8-9 million with landscaping, mortgage costs, taxes etc. All-in, Clay's cost basis is probably around $10 million.

So if they get $30 million, he'll score a $20 million profit. That would roughly double his highest single-season base NFL salary.

So, other than Kardashian neighbors, what do you get for $30 million? The property features:

It's really something else. Here's a video tour of the mansion:

So where are Clay and Casey (his wife… not brother) headed next?

They already own a 200+ acre property in Nashville, which is already where several family members live. They are planning to construct a new mansion on the land.

These two must really love living in construction sites!