Naomi Watts' Home: Moving Out and Moving Up

By Paula Wilson on February 9, 2012 in Articles › Celebrity Homes

Princess Diana captured the hearts and minds of millions when she wed Prince Charles, in what many felt was a true "Cinderella" story.  Two years after her divorce from Prince Charles, she died in a car crash while being pursued by paparazzi.  With her passing, her fairytale life became the stuff of legends.  The only thing Hollywood likes more than a legend, is money, and with Princess Diana's story, there was the possibility of both.  Consequently, she has been the subject of numerous biographies, documentaries, television specials, and television movies, since her death in 1997.  The most recent project to be green-lit is the feature film "Caught in Flight".  The movie is to star award-winning actress, Naomi Watts, who does actually bear a more than passing resemblance to the Princess.  Ms. Watts' career has been solid for years, and she has a string of successful films to her credit, including "Mulholland Drive", "I Heart Huckabees", "King Kong", "The Painted Veil", and "J. Edgar".  Her critically acclaimed Hollywood film career comes after years as a successful television and film actress in her native Australia.  Her combination of beauty and talent has made her incredibly popular in Tinseltown, and the home she shares with fellow award-winning actor, Liev Schreiber, is a testament to that.  However, they recently put that home on sale. 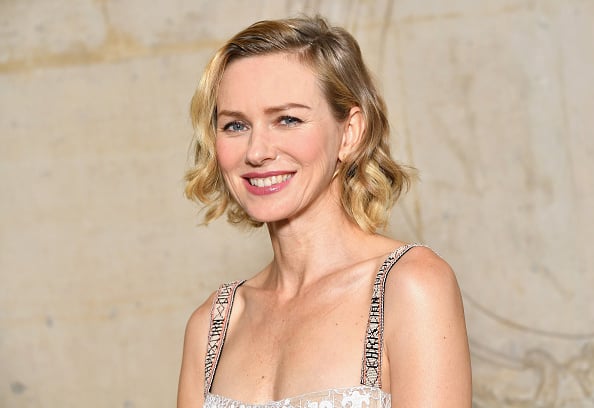 The two-storey, 4410 square foot,  $6 million mansion in Brentwood, California is surprisingly unassuming.  The mansion is made up of six bedrooms, four and a half bathrooms, an outdoor terrace, a guesthouse, a spa, and a private pool. The master bedroom has an attached office and the bathroom is massive.  The entire exterior is covered with ivy, and the interior sports vaulted ceilings, floor-to-ceiling windows, and multiple fireplaces.  The entire house has a bright, airy feel that is both relaxing and attractive.  Of late, the Watts-Schreiber clan has been spending more time in Australia, so putting their home on the market makes sense.  Let's hope that the move is only personal, rather than professional, as Ms. Watts' Hollywood career is definitely one to watch.