Moneyball Star Jonah Hill Settles Down in The Suburbs

By Simon Gerard on November 1, 2011 in Articles › Celebrity Homes

Fresh off his success and critical acclaim (Oscar rumors?) from his supporting role in Brad Pitt's Moneyball and also after shedding a few pounds, Superbad Jonah Hill has decided to settle down in the suburbs. He's sold his Hollywood condo recently for $835,000 and has now decided to throw down $2.2 million for a quaint suburban home in the Valley. Hill still has a $1.9 million casa off Mulholland Drive in the Hollywood Hills. His new home is located in upper-class Tarzana, California (named after Tarzan, no joke) Jonah has all the laid-back luxuries of the suburbs to enjoy.

His gated one-floor home covers 4,650 square feet with 5 bedrooms and 5.5 bathrooms on a .85 acre lot. The house is a 50's classic but has seen upgrades and renovations in recent times. The home features mahogany wood and marble flooring throughout. It has a modern luxurious kitchen with marble counters, stainless-steel appliances, custom cabinets and a walk-in pantry. His superbad master bedroom has its own study and patio and its bathroom has a hot tub-sized bath and TWO showers, one being a steam shower. 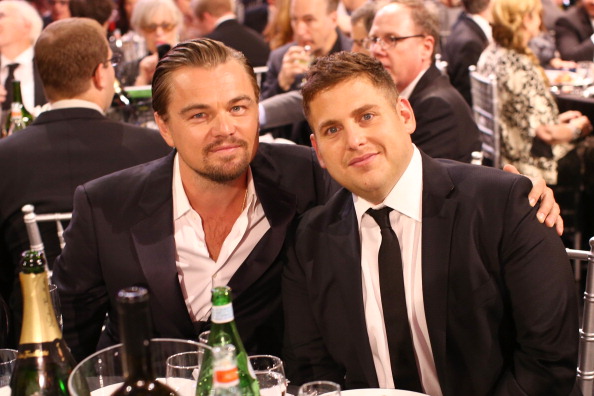 Large shutters and French-style sliding doors let you in to his expansive backyard. There you'll find a swimming pool and spa among his citrus grove and lounge. The icing on his cake is he has his own bocce ball and tennis courts. Looks like Mr. Jonah Hill is in for a whole bunch of chill BBQ parties next summer.

In other tasteful Jonah Hill Celebrity Net Worth news, he has also been spotted driving a new blacked-out Audi S5 coupe. The new Audi S5 likely set him back $60,000-$70,000 and it features Quattro AWD pushing around 350hp out a 4.2L V8.