By Chris Kelley on September 26, 2016 in Articles › Celebrity Homes

What do you do when you have 23 Olympic goal medals and a net worth of $55 million? Buy a house, of course. Michael Phelps is enjoying life post-Rio Summer Olympics in more ways than one. Not only has the now 23-time gold medalist and recent first-time father officially announced his retirement, but he and his family will be able to celebrate success and indulge in ultimate relaxation in his $2.53 million desert dream home.

Back in December of 2015 – a mere eight months before Phelps hit the water in Rio in a bid that has made him the most decorated Olympian of all time – the 31-year-old competitive swimmer and his fiancé, Nicole Johnson, went for a prize all their own when they purchased a pad together in Scottsdale, Arizona.

The sharp Scottsdale residence was built with European Concha stone – a stunning look complemented by modern imported hardwood floors – and is located not far from Arizona State University, where Phelps plans to coach the swim team. This ultra-modern sitting room (pictured above) is a window into the posh ambiance radiating throughout the stunning estate, making for the perfect room to gather for a fireside chat. The home also contains another welcoming living area, connected by a large open layout to the home's ultra modern kitchen and dining space.

Another excellent amenity that the new parents are surely enjoying in their down-time is the home's elegant master suite. Chic and lined with French doors, the prime sleeping-quarters house boasts yet another of the home's four fireplaces, a detail that is most certainly much more of an added amenity than a necessity for Arizona temps.

Of course, no residence bearing the name Phelps is complete without a huge outdoor pool area, the perfect place for the new dad to pass his award-winning competitive swimming technique on to his son. While the pool isn't quite Olympic-size, there's no doubt Phelps will feel right at home relaxing in or near this pristine outdoor getaway. While much time outdoors will certainly be spent swimming, Phelps has described his backyard as a great view of the nearby Camelback Mountain and flanked in an assortment of fruit-bearing greens, including lemon, lime, peach and apple-sprouting trees. 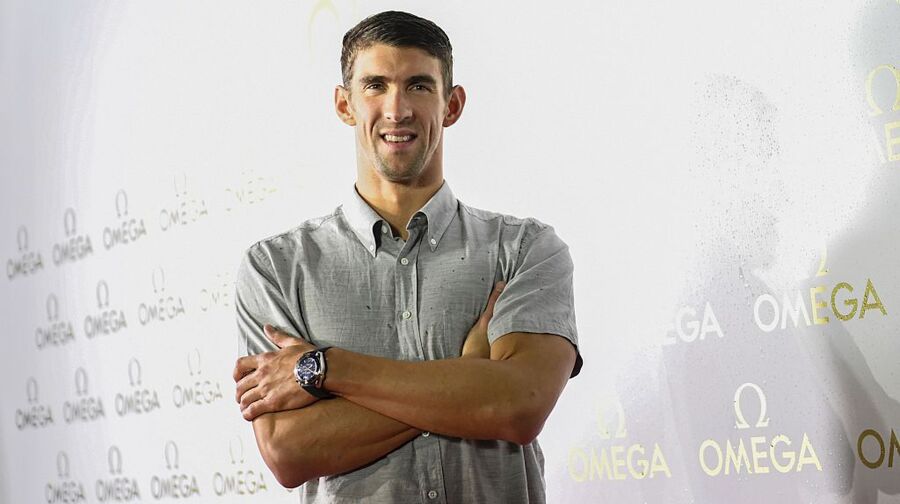 Despite finding major success at this past summer's Olympic games, don't expect to see Phelps competing any time in the near future. The decorated competitive swimmer told Matt Lauer that the 2016 Summer Olympics would be his final bid for gold in the world of professional swimming. Along with bearing the title of the most decorated Olympian with 23 medals under his belt, Phelps also claims all-time records for holding the most Olympic gold medals in individual events (at 13) and Olympic medals in individual events (at 16).