Mel Gibson's Home: Dumping an $11.75 Million Estate as His Career Continues to Free-Fall

The hole that Mel Gibson keeps digging for himself, just seems to keep getting bigger.  Rewind the clock to the early 80s, and it seemed as if there was nothing this American-born, Australian actor couldn't do.  Handsome, talented, and driven, he established himself as a theater actor in Australia, as well as a film star, quite quickly.  He starred in such movies as the "Mad Max" franchise, the "Lethal Weapon" franchise, and "The Year of Living Dangerously".  Some of his other projects included "The Bounty", "Hamlet", "Bird on a Wire", "The Patriot", and "Signs".  In addition to his acting work, he also began writing, producing, and directing projects, ultimately winning an Oscar for Best Director, for his work on the film, "Braveheart" in 1995.  The future looked bright for the actor/director, and he was clearly at the top of everyone's "A-list".

Then it kind of all went to pot, as it were.  It started with marital problems, and then drinking issues, and then incredibly bizarre rants caught on tape… more than once.  This was followed by dubious movie choices, and finally, his agency dumped him, and he was dropped from a number of projects.  His career imploded in much the same way that Charlie Sheen's did, except that it felt worse, since everyone was sort of blindsided by his screwed up behavior, whereas everyone already knew Charlie Sheen was a ticking time bomb.  Most recently, he's been in a war of words with director, Joe Eszterhas.  Their argument, which went public after someone leaked their private correspondence to an entertainment website, stems from multiple anti-semitic remarks made by Mr. Gibson, and Mr. Eszterhas's frustration and anger about them.  All of this bad behavior has resulted in a decided loss of fortune for Mr. Gibson, and consequently, he has begun selling off many of the properties that he bought during his hey-day. 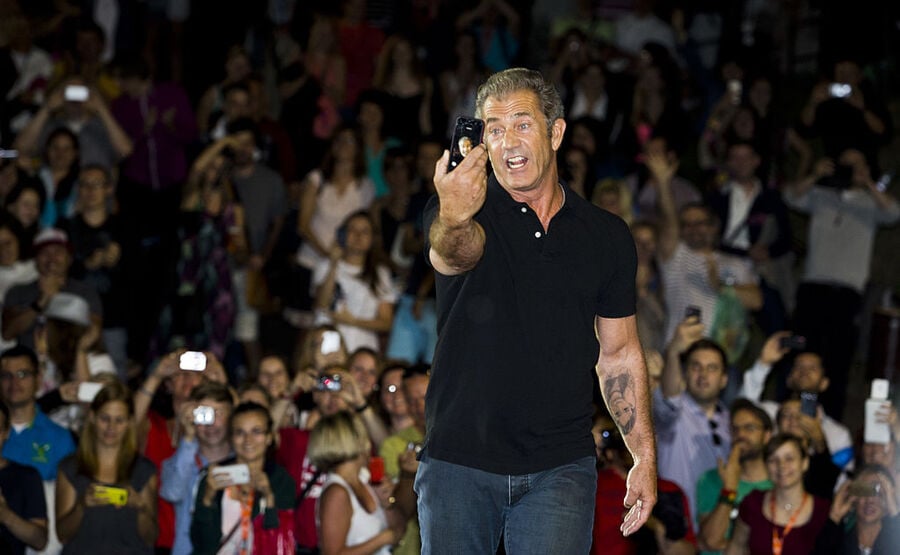 One such property is Lavendar Hill Farm, his 2.56 acre, $11.75 million estate in Malibu.  Originally listed for sale at $14.5 million in 2010, he has since had to cut the price repeatedly, as no one has expressed an interest in the property.  Whether this is due to the slow housing market, or to Mr. Gibson's free-falling reputation, is hard to tell.  The estate is made up of a large main house, comprised of six bedrooms and five bathrooms, and features multiple fireplaces, walk-in closets, and a sauna.  The rest of the compound houses a separate media space, a separate gym, a pool, a spa, a tennis court, three guesthouses, a two-storey pavilion with a fireplace and barbeque area, an organic garden, an avocado grove, fruit orchards, and an office.  It's a gorgeous property.  Maybe if potential buyers wait another few months for Mr. Gibson to say or do something else completely inappropriate, the price will drop another million or so.