Megan Mullally's House: This Funny Lady's Beautiful House is Nothing to Laugh At

By Paula Wilson on September 11, 2012 in Articles › Celebrity Homes

Megan Mullally had already established herself as an actress to watch in the Chicago theater scene, before she decided to maker her way out west to pursue a career in film and television.  She was signed by an agent within two weeks, and booked her first role on a series a year later, appearing on "The Ellen Burstyn Show".  That first job led to a steady string of guest starring roles on such shows as "Seinfeld", "Frasier", "Wings", "Ned and Stacy", "Mad About You", "Just Shoot Me!", "Murder, She Wrote", and "Caroline and the City", among others.  She also appeared in such films as "Once Bitten" and "Risky Business".

In 1998, she was cast in the role that would bring her the most widespread fame, as the wisecracking Karen Walker on "Will & Grace".  Her performance would net her two Emmy Awards, three SAG Awards, and multiple Golden Globe nominations.  In the middle of all of that, she married actor Nick Offerman (Parks and Recreation), and the couple bought a house in the Hollywood Hills.  They put the house on the market just today. 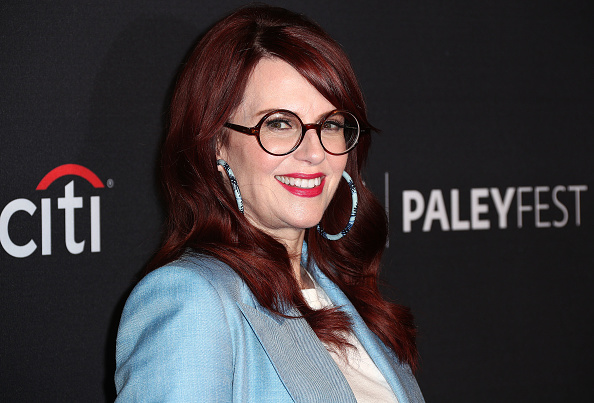 Megan Mullally's house in the Hollywood Hills is situated in the coveted "Bird Streets" area, so called because all of the streets are named after birds.  The house has three bedrooms and three and a half bathrooms and offers gorgeous views of the surrounding ocean and city.  Megan Mullally's house also features lots of clean lines, large windows, hardwood floors, and a beautiful landscaped backyard with a pool.  The property is priced at $12.65 million.  There is considerable speculation about why Megan Mullally's house is suddenly on the market.  It may have something to do with the fact that both she and her husband can now afford to live anywhere they want.