If You Live On This Teeny Tiny Miami Island, You've Won The Game Of Life

By Amy Lamare on August 2, 2015 in Articles › Celebrity Homes

Indian Creek Village is a tiny island in Miami's Biscayne Bay, with 35 houses and 86 residents. It is home to some of the richest people and biggest celebrities in the country. From A-list celebrities to the titans of finance and business, this exclusive community has a median home price of $21.48 million. In 2012, an anonymous Russian buyer bought a plot of land in Indian Creek Village for $47 million. At the time, it set a record for the highest-valued real estate purchase in the history of Miami-Dade County. Indian Village is home to the jet set, super models, business moguls, and entertainers. Zillow recently named Indian Creek Island Road the richest street in America. The residents of Indian Creek Village call it their billionaire bunker.

Each property on the island is on the waterfront with gorgeous views. The island features the notoriously exclusive Indian Creek Country Club. The golf course occupies the entire interior of the island. It sounds like a good place to visit, doesn't it? Don't bother unless a resident has invited you to the island. The only way onto the island is via a heavily guarded bridge. In fact, security is one of the most sought after attributes of this elite enclave. The island has its own police force that patrols the island 24 hours a day by land as well as on boats and Jet Skis. 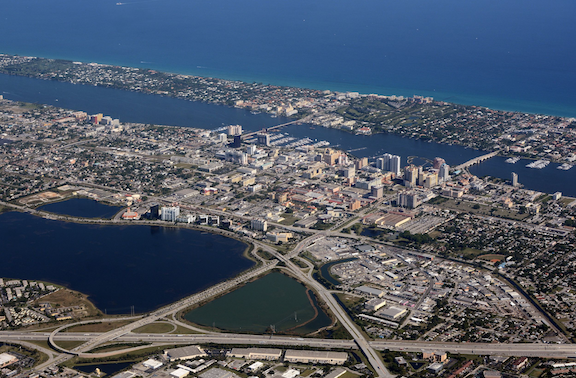 An anonymous Russian bought the property next door to Iglesias in 2012 for $47 million. His identity is still unknown. However, the spec house was bought in the name of a trust who's trustee is a Russian attorney named Andrey M. Kaydin. Mr. Kaydin has represented his anonymous client in scooping up other posh real estate as well, including a $22 million penthouse in New York City's 15CPW.

Former Philadelphia Eagles owner and car dealership magnate, Norman Braman, bought a home in this exclusive neighborhood for $3.9 million in 1991. The home has eight bedrooms. It is the outermost home on the island. Braman has dotted his property with a collection of huge sculptures.

Adriana Lima bought her 1950s home in 2009 with her now ex-husband. At just $9 million, the supermodel and professional basketball player own one of the more modest homes on the island.

Financier Charles Johnson's home sat on the market for several years before it sold for $30 million in February 2015. The enormous five bedroom home has a movie theater, wine cellar, and a four car garage.

The beloved and legendary former Miami Dolphins head coach Don Shula and his wife have lived in the same house on Indian Creek Drive for more than 20 years. Like many properties on his block, Shula has his own private boat dock.

Billionaire investor Carl Icahn dropped $7.5 million on his 14,000 square foot home in 1997. The home was in foreclosure at the time. It is his vacation home.

University of Louisville basketball coach Rick Pitino and his wife own a $5.4 million home near the 91st Street Bridge. They purchased it in 1999.

Real estate tycoon and Atlanta Hawks owner Alex Meruelo also owns a home near the bridge. He bought it in 2008 for just over $7 million and is selling the six bedroom home for $19.8 million.

The second to the last home on Indian Creek Drive belongs to Dutch businessman Geert-Jan Baker. He bought it in 2010 for $9.3 million. The home's former owners were Jay-Z and Beyoncé.