By Simon Gerard on November 11, 2011 in Articles › Celebrity Homes

Matt Groening, most known for creating The Simpsons, has picked up a new mansion in Santa Monica, California for $11.7 million. That's a lot of D'Oh! But perhaps not very expensive when you're net worth is a half a billion dollars. Groening has been able to amass such an impressive net worth (and 25 Emmy Awards) thanks to The Simpsons running for over 20 years in 20 languages, 30 countries. And don't forget the Butterfinger commercials. Matt also gets a generous cut of all the profits from DVDs, merchandise and any licensing opportunities, unlike the voice actor stars of the show who recently faced either a pay cut or possible cancellation.  So Groening picked up a new pad in serene Santa Monica to match with his new, much younger fiance, Argentinian artist Agustina Picasso. 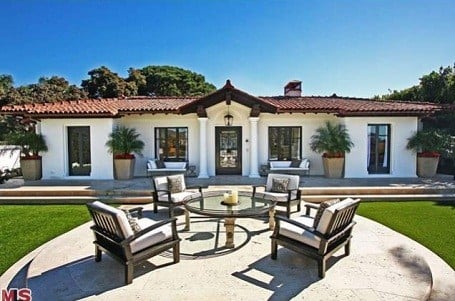 Now let me get into the high-class features that would even make Mr. Burns jealous. Found on one of the most expensive streets in Santa Monica, the lot covers just over half an acre but uses every square inch. The "donut" shaped formation of the private courtyard and pool would make Homer very happy. The main house is one floor, with 5 bedrooms and 7.5 bathrooms. It was built by famous architect Robert D. Faruhar back in 1910 and has seen several modernizing renovations since. 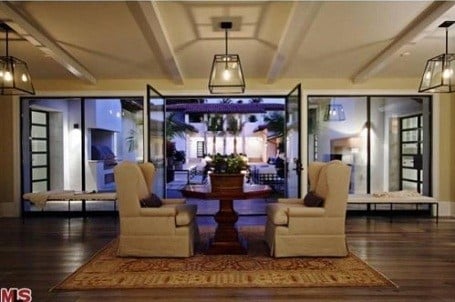 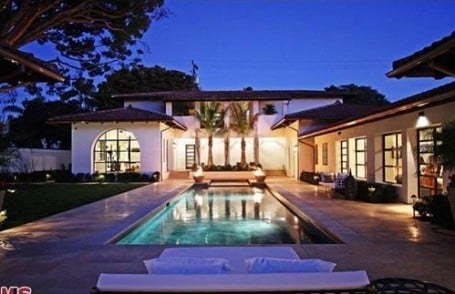 The gated entrance leads you to Matt Groening's front door, which opens up into the main living room. The living room goes straight through to the outdoor courtyard in the center, which features an outdoor fireplace and BBQ station. There is a large formal dining room which leads into a casual dinging room/breakfast area and a fully loaded high-end kitchen. The master bedroom includes it's own small living room as well. There is also a hidden garage to park six cars and a wine cellar. And there's pretty much a fireplace in every room. 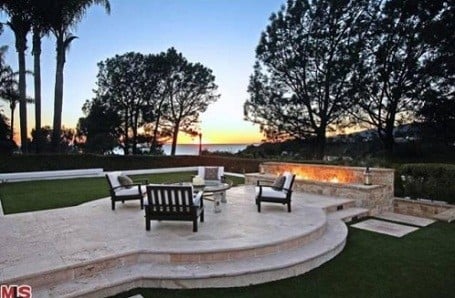 Groening's got a bunch of these. 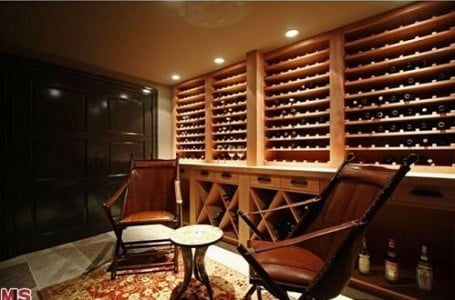 Groening's courtyard features multiple patios and terraces, a lawn, a solar-heated pool and spa. And a bunch of fire pits. There is a separate two-story guest house in the back, which has one bedroom, two bathrooms, living room and kitchen. It also features more amenities for the main house to enjoy including a gym, games room and a high-end home theater that can seat 10 people.

And that's how you be living when you got Simpsons money. 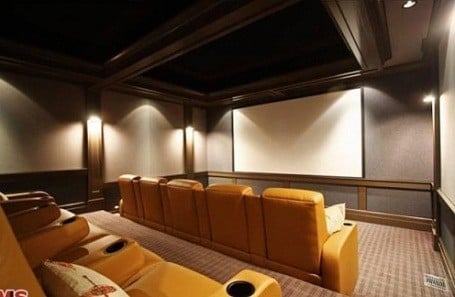 All Simpsons re-runs, all the time.

But I think the real question is whether or not his house comes with it's very own Smithers to wait on him hand foot!