By Brian Warner on September 30, 2021 in Articles › Celebrity Homes

By contrast to his childhood buddy/co-Oscar winner Ben Affleck, Matt Damon appears to be a fairly normal, cool dude.

Case and point: Ben Affleck has dated a seemingly-endless list of celebrity babes ranging from the extreme A-list to the C/D-list. Some of the highlights include Gwyneth Paltrow, Jennifer Lopez, Jennifer Garner (they married and had three kids), a Playboy model Shauna Sexton, Ana de Armas, and now he's back with J-Lo.

Matt Damon's known dating history contains a single entry. And she's not even a celebrity.

As the story goes, back in 2003 Matt was living in Miami while filming the extremely underrated Farrelly brothers comedy "Stuck on You." One night the cast and crew ended up at a local watering hole where Matt spotted the bartender from across the room. Her name was Luciana. She was a single mother from Argentina. As Matt would describe it later, he knew he wanted to marry Luciana almost instantly. And two years later that's exactly what happened. They are still together 16 years later and now have three children.

In 2012 Matt and Luciana paid $15 million for a stunning home in the Pacific Palisades neighborhood of west Los Angeles. The 13,500 square-foot home sits on a half-acre plot of land surrounded by lush tropical plants. The home looks like it was plucked from Fiji or Maui and dropped in the middle of the Palisades: 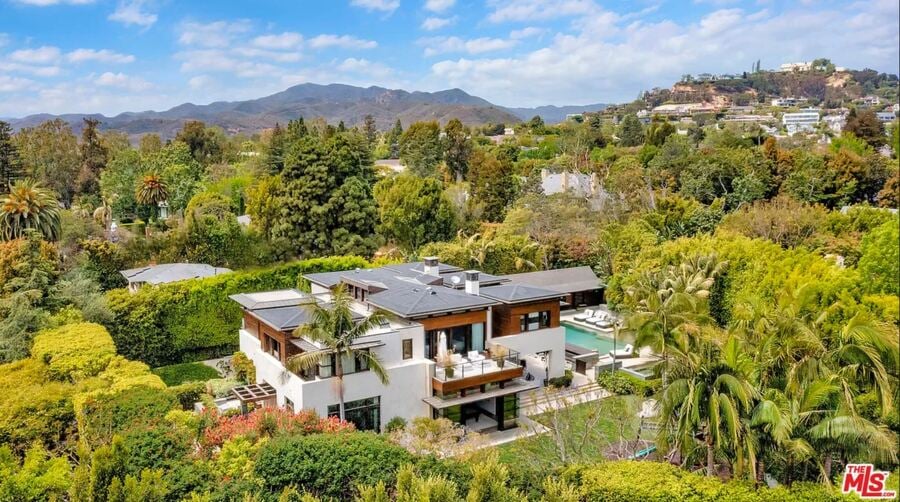 In January of 2021 Matt and Luciana put the above home on the market for $21 million. Apparently the family had permanently uprooted from LA to New York at the height of the COVID-19 pandemic. Their NY property, which is located in Brooklyn Heights, was acquired in 2018 for $16.5 million. At the time it was the most amount of money ever paid for a single-family property in Brooklyn.

Their soon-to-be-former Palisades home has seven bedrooms and 10 bathrooms in an open-plan that has a central atrium, resort-style backyard, pool, spa, koi pond, wine room and staff quarters.

Here are two quick video tours to give you a better sense of the unique property:

For whatever reason, Matt and Luciana did not have any biters at $21 million so they lowered the price to $17.9 million in August. That must have done the trick because it's now being reported by a number of reliable real estate outlets that the home has closed, though the final sale price has not hit the MLS yet.

Honestly, I think the biggest takeaway from this article is that love can find you anywhere! To all the single mom bartenders out there, don't stop believing! You could be one extremely underrated Farrelly brothers movie away from being swooped off your feet by an A-list movie star.