By Simon Gerard on September 13, 2011 in Articles › Celebrity Homes

Actor/producer/former underwear model and rapper Mark Wahlberg, aka Marky Mark, aka the real Vincent Chase, is putting his multi-building Beverly Hills estate up for $13,995,000, dropping down 2 million from his original listing in 2008 for $15.9 million. He originally picked this 1.7 acre property in 2001 for just under $5 million, before sinking millions into renovations, upgrades and extensions. 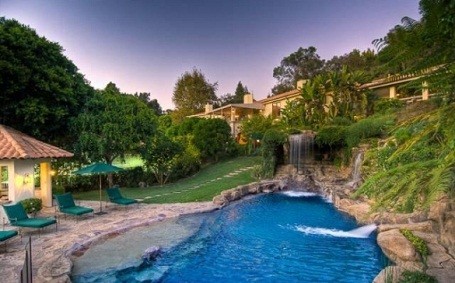 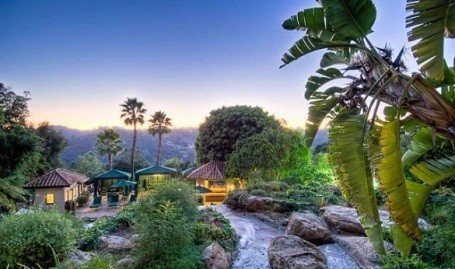 Let's dig into the fantasy home Wahlberg shares with his model wife Rhea Durham and their four kids that blows away any home seen on his hit-show Entourage. Besides his huge master suite that includes his and her bathrooms, there are four bedrooms multiple bathrooms, dining, entertaining and living rooms and a restaurant-worthy kitchen. The obligatory Hollywood screening room uses a state-of-the-art theater grade 35mm digital projector. Oh yeah, there's also a separate 3,500 square foot two-story house with two bedrooms and two bathrooms hiding somewhere on the property. 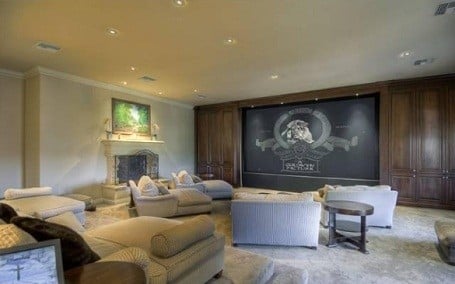 This hillside estate features a sprawling manicured landscape full of lush plant life. It's filled with several patios and terraces with mountain views. The fantasy highlights of this big star's backyard include a putting green with night lighting. He has a Boston Celtics-green sunken basketball court. His lagoon swimming pool comes complete with a grotto, cabana and several waterfalls. And if you're wondering how Wahlberg stays so ripped for all his movies, he has a massive 2,500 square foot multi-level gym, big enough for a whole team and packed with every piece of workout equipment you can imagine. It even has its own boxing ring! 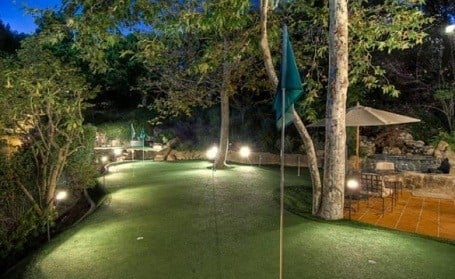 And if this property, essentially a personal 5-star resort, finds a buyer, don't worry about Marky Mark going homeless. He picked up one of the last lots in the sought-after Beverly Park area for $8.25 million in 2009. He is apparently in the process of turning this prized six acre lot into a bigger and even better spread than the Beverly Hills home you see here. We'll have to wait and see if he shares this personal wonderland with the public. 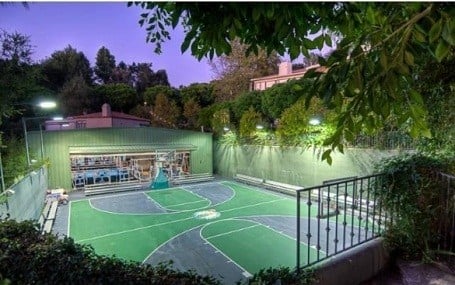 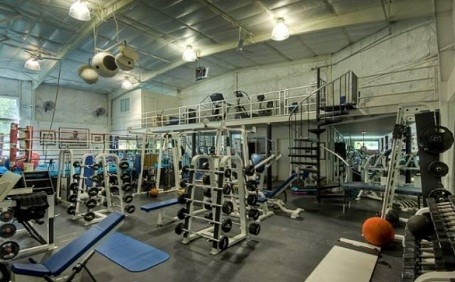