By Brian Warner on August 24, 2022 in Articles › Celebrity Homes

I can almost guarantee that anyone who has lived in Los Angeles for the last two decades has a Mark Wahlberg story. He's impossible to miss when you see him in public and he tends to go out a lot for lunches and dinners at very conspicuous places.

Your chances of seeing Mark if you lived or worked in Beverly Hills at any point in the last twenty years are basically one in every 30 days. I know because when I first moved to Los Angeles in 2005, I lived and worked in Beverly Hills (not as cool as it sounds). If I didn't see Mark out and about at lunch during the week, I would almost certainly see him on the weekend driving up and down Wilshire Boulevard, every time in a different awesome car.

Between 2005 and 2009 my roommate worked for a very wealthy and powerful talent agent who owned a massive mansion in the ultra-exclusive, hilltop gated community known as Beverly Park. We've talked about Beverly Park many times previously. It's where you would currently celebrities such as The Rock, Adele, Eddie Murphy, Justin Bieber and Denzel Washington, mixed in with members of the Saudi Royal family and a dozen random business billionaires.

Back in 2009, my roommate came home one day and announced the gossip of the day withing the Beverly Park community:

Fresh of the success of "Entourage" and with a big HBO production deal check deposited in the bank, Mark Wahlberg had plunked down $8.25 million for the 6+ acre empty plot of land directly across from my roommate's boss' mansion.

Over the next four years, Mark spent an estimated $20 million constructing an absolute behemoth of a mansion. The finished product was a 30,500 square-foot home that features 12 bedrooms and 20 bathrooms. Property amenities include a home theater, tennis court, grotto pool, two-story library, skate park, sport court and 5-hole golf course.

After just under a decade of enjoyment, back in April Mark listed the above mansion for sale. His original, and so-far-unchanged, asking price?

So where is Mark going?

Well, in a move that may upset LA-based Wahlberg-spotters, a recent real estate transaction certainly seems to indicate that Mark is taking his talents to… Las Vegas. But on the plus side for Wahlberg-watchers, the Vegas move will probably not take place for at least a few years… 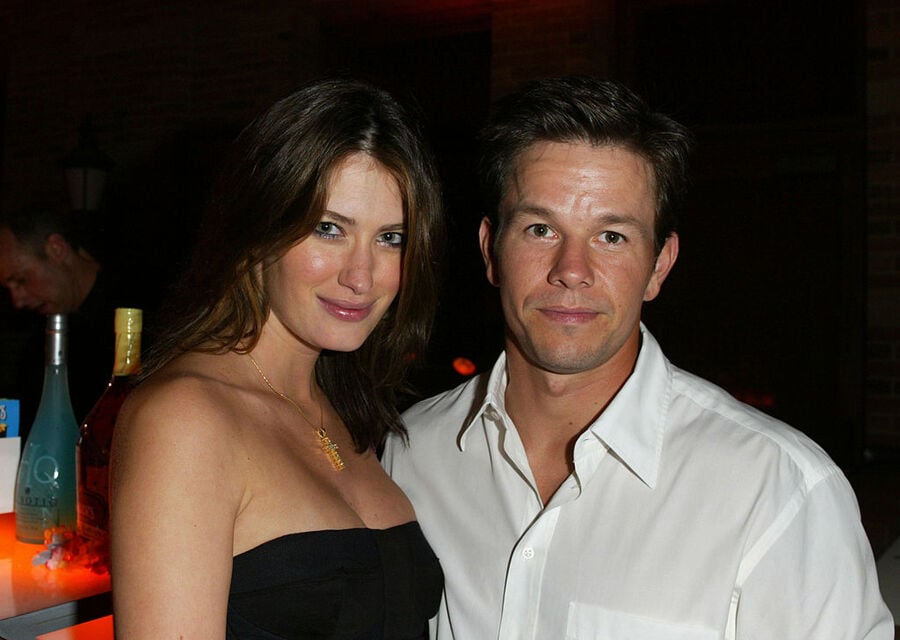 The Summit is a 555-acre property that is essentially like having a mansion within an incredible luxury resort. In addition to 24/7 security, there's an 18-hole award-winning golf course, restaurants, gaming room, fitness center, yoga studio, tennis center, spa and more.

According to the Review Journal, which spoke to the seller's realtor, Wahlberg reportedly came close to buying a $35 million, already-completed Summit mansion but – for whatever reason – opted to start from scratch instead.

If his Beverly Park mansion is a preview of things to come, Mark and his wife Rhea (pictured above) will likely spend the next several years and tens of millions of dollars constructing what is sure to be an absolutely ridiculous abode.

Most importantly, whenever Mark and Rhea make the move to Nevada, they will leave behind California's punishing 13%+ state income tax for high earners. If we assume Mark has the capacity to earn $20 million per year for many years to come, he will save $2.6 million every year he lives in Nevada over California. So if he lives in Nevada for 10 years, he will have paid off a significant chunk of his home costs.

Perhaps more significantly, Mark owns a bit more than 8 million shares of the publicly-traded fitness company F45. At today's closing price of $2.34 a share, which is just about the all-time low and an 85% drop compared to its IPO debut price, Mark's 8 million shares are worth around $19 million. Nothing major. BUT at one point his shares were worth $130 million. And if the company performs a miracle and somehow manages to get the stock up to $30 a share (double its IPO price), Mark's stake would be worth close to a quarter-billion dollars. If he sold all of his shares at that extremely hypothetical point, he would save $30 million that otherwise would have gone to the California tax man.