By Geoffrey Golden on July 20, 2013 in Articles › Celebrity Homes

Marilyn Monroe's House: 50 years ago, on August 5th 1962 screen legend Marilyn Monroe passed away under mysterious circumstances in her Brentwood California home. She was just 36 years old. Marilyn Monroe's body was discovered by her psychiatrist, a subsequent autopsy would determine the cause of death to be "acute barbiturate poisoning". In the decades after her death, conspiracy theorists have postulated that that her death was more than a "probable suicide". Theories have involved the CIA, the Mafia, Frank Sinatra and President Kennedy. The real truth may never be known.

Located at 12305 5th Helena Dr, Los Angeles, CA 90049, Marilyn Monroe's house is a $3.59 million estate located in the notorious city of Brentwood (the same neighborhood where both OJ and Nicole Brown Simpson lived). Monroe paid $90,000 for the Spanish style villa that was built in 1929. The house includes 4 bedrooms, 3 bathrooms an outdoor swimming pool and 2,624 square feet of living space spread out over 23,000 square feet of property. It was the first property Marilyn owned and she purchased it with a 15 year mortgage that required her to make monthly payments of $320. The house sold for just under $1 million in 1994 and was put on the market again in 2010 for nearly $4 million! 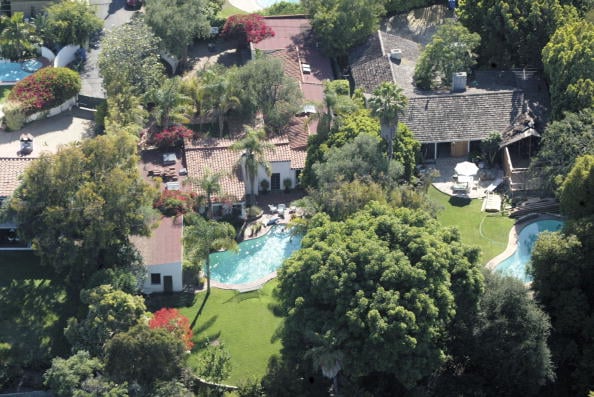