By Chris Kelley on March 6, 2017 in Articles › Celebrity Homes

Living like a true diva has taken on a whole different meaning for this superstar. Singer Mariah Carey has been known for going above and beyond when it comes to luxury, but just how much is she willing to spend just to rent a Beverly Hills home? The answer is, $100,000 per month.

Why buy when you have enough money for the $100,000 a month rent? Superstar Mariah Carey doesn't have a problem with paying a premium price to lease rather than buy, according to TMZ. The website reported that the influential singer is throwing $100,000 per month to fulfill the lease she holds on a 15,000 square foot Beverly Hills estate. 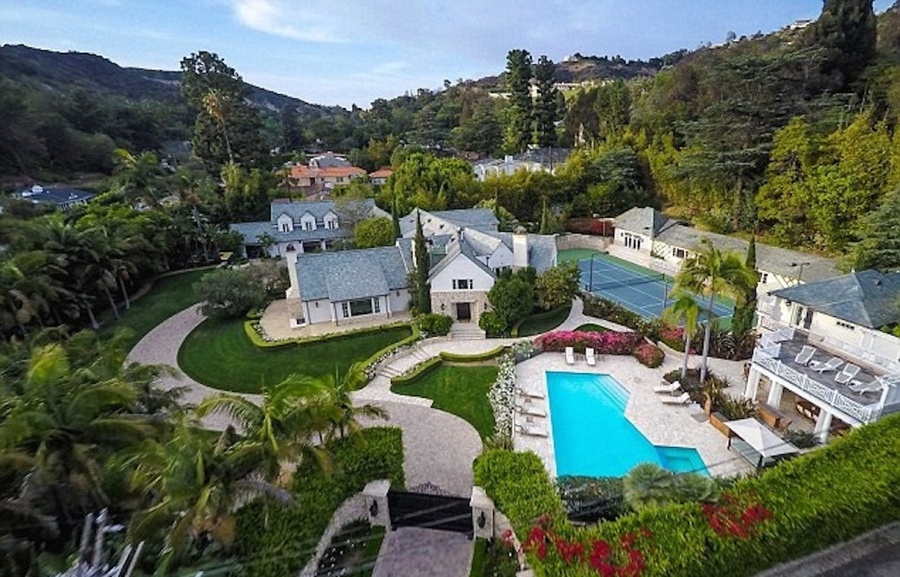 The elegant property comes with everything you could dream of for a home in such a zip code, including a swimming pool, tennis court, home theater, and its very own bowling alley. While the price per month may be steep, Mimi will have to cough up a total of $23 million if she wants to call the contemporary home her own. However, as demonstrated by her luxurious tastes and record-breaking music releases, that might be all but pocket change to her, begging the question: what's her next big move? 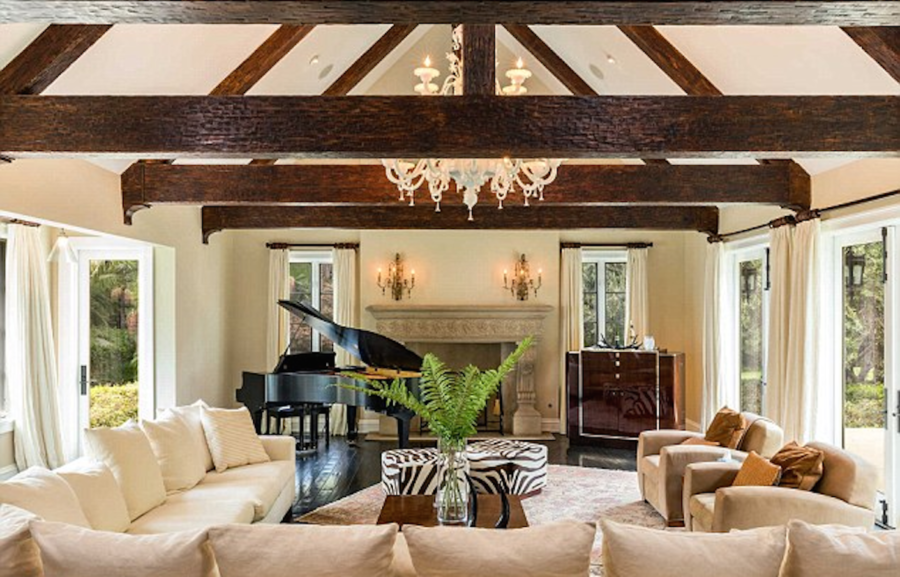 With a total of nine bedrooms, Mariah's rental pad is far from what you'd picture in a lease agreement. The massive East Coast traditional compound was originally designed by Paul Williams and was described in previous marketing materials as one of the 90210's last true masterpieces. One striking example of the fine work put into the estate is the Ralph Lauren-inspired interiors, including high vaulted ceilings with exposed wood and jaw-dropping chandeliers in several formal family rooms. 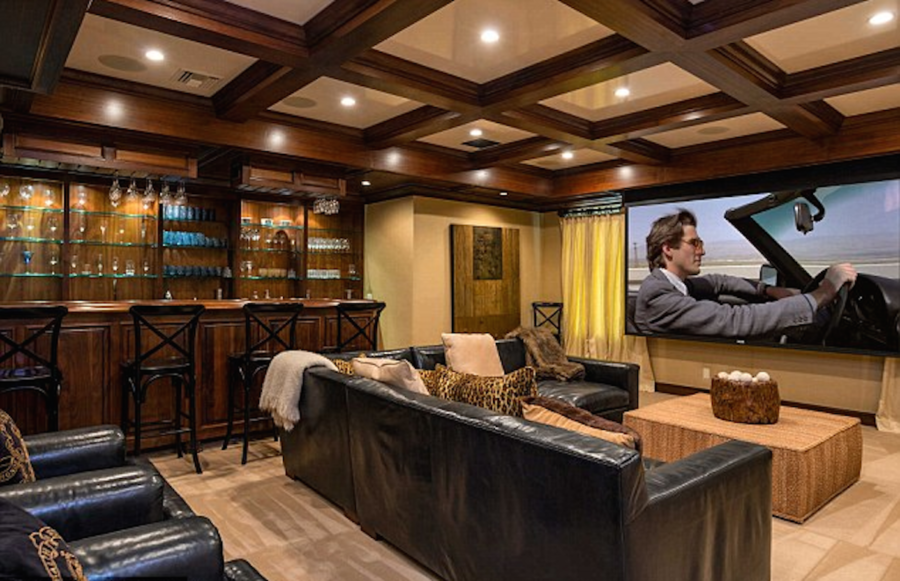 Carey's current rental not only shines as one of Beverly Hills' most elaborate and aesthetically pleasing structures, but the property doubles as the perfect spot for entertainment. From an indoor home movie theater, dubbed the grand theater, to a literal swimmer's oasis in the backyard, the singer, her children, and as many guests as she wants can enjoy endless opportunities for fun, relaxation, and entertainment without even leaving home. Just check out the two-lane bowling alley below. 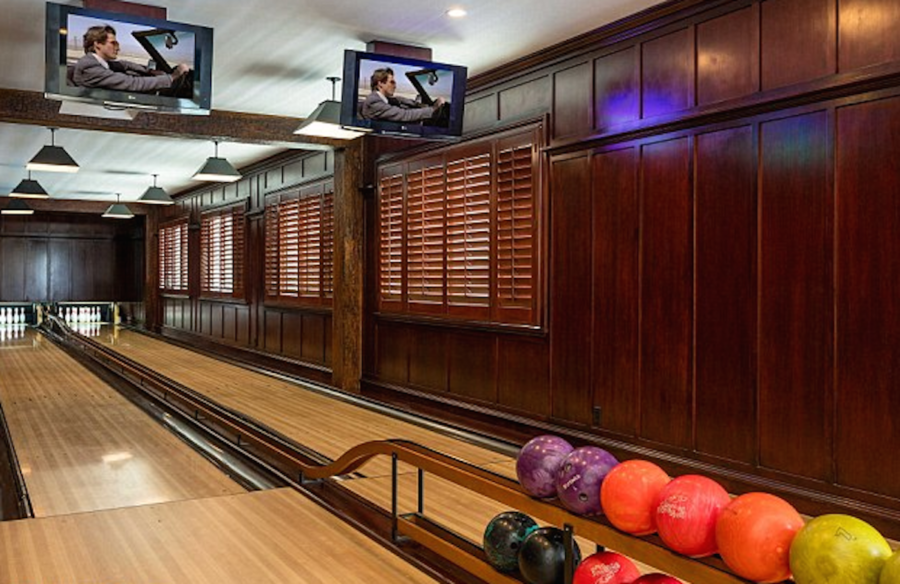 A quick look back at some of Carey's previous residences may make her Beverly Hills estate and the cost to rent it like chump change. Despite the beauty and allure of the singer's new rental, it could be considered a step down (both figuratively and literally) from her most recent home, a cliff-top mansion she leased last year while still with ex-fiancé and casino billionaire James Packer. Tucked within the exclusive gated community known as The Oaks and not far from Kourtney Kardashian's Calabasas crib, the sprawling 18,000 square foot leased property was set atop an acre of land and boasted spectacular views of the countryside. After her split with Packer, however, Carey swapped out the eight-bedroom mansion for the one she's renting now. 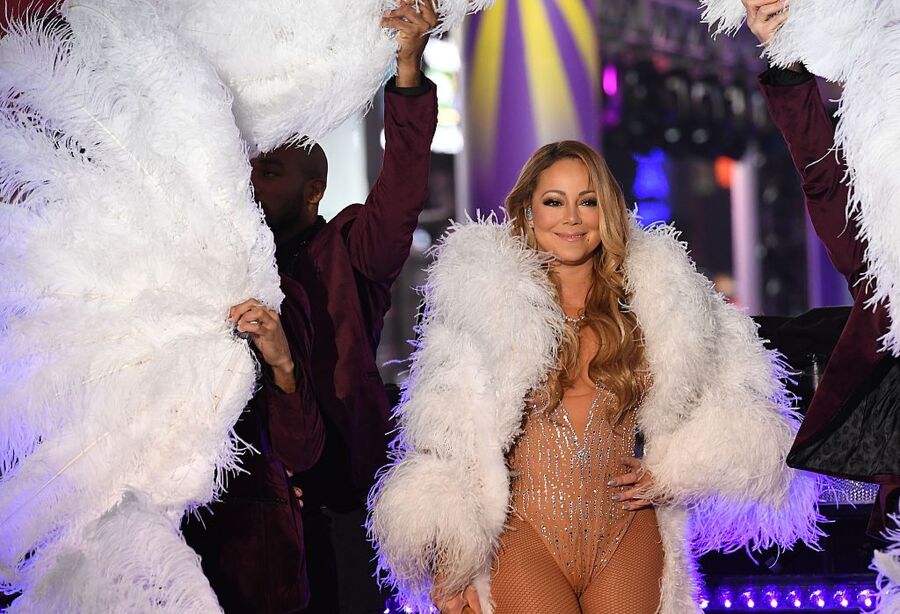 Singer, songwriter, record producer, and actress Mariah Carey has sold over 200 million albums worldwide to date. The $520 million superstar's self-titled debut album earned her instant success, two Grammys, and the most coveted spot in the Billboard charts. Her successive music ventures and releases continue to break records and set the bar for success in the industry. She has won 5 Grammys, 19 World Music Awards, 11 American Music Awards, and 14 Billboard Music Awards. Carey has two children, fraternal twins Moroccan and Monroe, with ex-husband Nick Cannon.