Marc Andreessen Just Paid $177 Million For A Seven Acre Malibu Estate – The Second Most Expensive Home Sold In US History!

By Brian Warner on October 29, 2021 in Articles › Celebrity Homes

Marc Andreessen will go down in history for creating the world wide web's first widely-used browser, Mosaic. He co-created Mosaic in 1992 while still a student at the University of Illinois at Ubrana-Champaign. A year later, Marc moved to California and co-founded Netscape, which again revolutionized the tech world.

Unfortunately, a jealous Microsoft soon launched a sub-par browser called Internet Explorer and proceeded to choke Netscape to death by including Internet Explorer pre-installed and pre-selected as the default web browser on all new copies of Windows. Netscape's usage tanked and in 1999 AOL acquired the remnants for $4.3 billion, a fraction of its peak valuation. The acquisition was contingent on Marc agreeing to serve as AOL's Chief Technology Officer, a position he held for exactly seven months.

Next, Marc and a partner launched a software company called LoudCloud which was acquired by Hewlett-Packard in 2007 for $1.6 billion. This sale gave Marc the kind of money he needed to become a venture capital investor.

Thanks to these investments and the LoudCloud sale, today Marc Andreessen boasts a net worth of $2 billion.

Obviously, $2 billion is an extremely impressive sum but it pales in comparison to several of Marc's contemporary tech founders. For example, Jeff Bezos.

Marc having 1% of Jeff's net worth makes his latest real estate purchase that much more impressive. 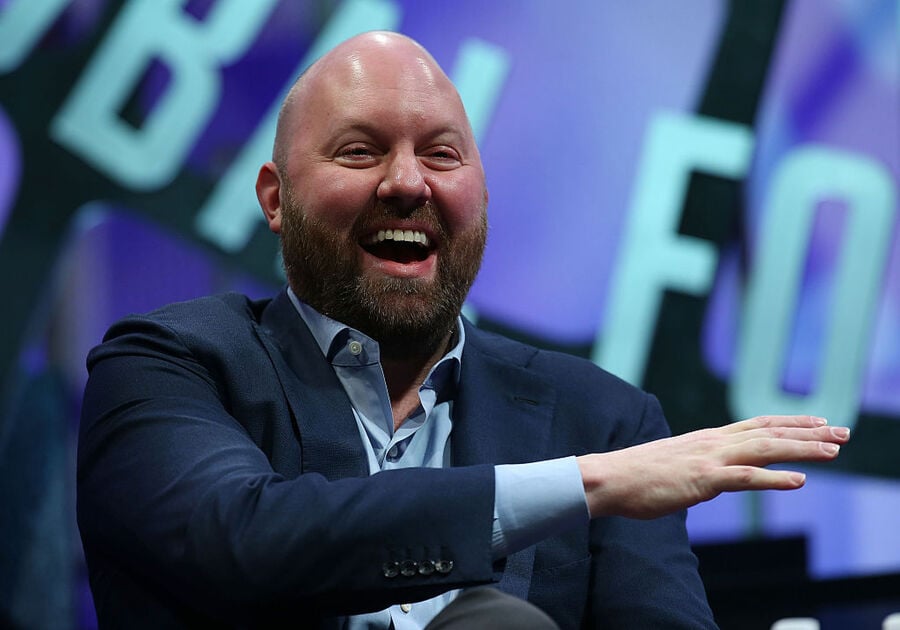 Bezos held California's record from February 12, 2020 to today thanks to the $165 million he spent on a 10-acre Beverly Hills estate. Jeff's purchase also slides one position down (to #3) in terms of most expensive homes ever sold in the United States.

The record for the most expensive home sold in U.S. history still belongs to hedge fund billionaire Ken Griffin who paid $238 million in January 2019 for the top four floors of an unfinished New York City building located at 220 Central Park South.

Marc's $177 million purchase price is going to a fashion tycoon named Serge Azria. Sam earned his fortune as the founder/designer behind the brands Joie, Equipment and Current/Elliott. I had never heard of any of these brands, but my wife assures me they are big deals. Sam's brother, the late Max Azria, was the founder of BCBG, another brand I've not heard but is apparently a big deal.

Serge and his wife Florence bought the seven-acre Malibu property in 2013 for $42 million. Working with renowned architectural designer Scott Mitchell of Scott Mitchell Studio, the Azrias proceeded to pour tens of millions of dollars into renovations that lasted four years. When you include landscape architecture, which was also designed by Scott Mitchell, the full renovation took five years.

Serge and Florence bought the property from Jerry Weintraub, the late film producer behind the "Karate Kid" and "Oceans 11" franchises.

I know what you're thinking. Forget Marc's new mansion, what the hell is that massive space ship directly to his left???!!! I'll get to that in a second.

First I want to point out the two homes I marked in blue way over to the left.

Two years ago the founder of Whatsapp, Jan Koum, paid $100 million for the the first of those two houses… the one nearest to Marc. In February of this year Jan paid $87 million for the other mansion, giving him a nice little $187 million two-home compound that spans a combined 5.6-acre property. Jan owns around $400 million worth of California real estate. He is worth $12 billion because he sold Whatsapp to Facebook in 2014 for $14 billion. Not bad for a guy who grew up on food stamps!

Jan is no longer affiliated with Facebook, and sort of left on bad terms, but if he ever wants to check in his former company he can walk three doors up to Marc's house… Remember, Marc still serves on Facebook's board of directors.

The house to the right of Jan Koum's property is owned by a woman named Tamara Hughes Gustavson. Tamara is the largest shareholder in the company Public Storage which was founded by her father, Bradley Wayne Hughes. Tamara's 11% stake gives her a $4.6 billion net worth.

You can see part of the space ship and part of Marc's new mansion in the video I'm embedding below from a neighboring property that was up for sale in 2016. It ultimately sold in November 2016 for $18 million and was listed in August of this year for $36 million but was removed after only a week. I wonder if they got word of the massive sale next door and are hoping either Marc or the owner of the spaceship would pay much more to own the full cliff side.

According to my property records sleuthing, that roughly 10 acre space ship property is owned by an entity called "Bill Bell Productions, Inc."

Anyone with a passing familiarity with the entertainment industry or Malibu real estate history will connect that entity William J. Bell. Who is William J. Bell and how did he earn enough money to buy what might be the most incredible piece of land in all of Malibu? Two words:

William died in 2005 at the age of 78. Lee Phillip died in February 2020 at the age of 91. They were survived by three children, a daughter named Lauralee who is an actress most famous for starring as Cricket on "The Young and the Restless" since 1983; and two sons, William Jr. and Bradley. Bradley is the executive producer and head writer of "The Bold and the Beautiful" and William Jr. is the President of the family-operated Bell-Phillip Television Productions.

I've driven by the space ship mansion dozens of times in recent years. I don't know what was on this property previously, but the space ship has been under construction for years.

There you have it! Congrats to Marc on his new record-setting mansion!

People who follow CNW closely may have noticed that I'm mildly obsessed with property taxes on houses like Marc's. At $177 million, Marc will owe around $1.8 million per year in property taxes. That will require a little over $3 million in gross earnings every year. Furthermore, I can almost guarantee you the fire insurance bill on a property like this is in the several hundred thousand per year range. So every year let's assume Marc will need to earn $3.5 million just to cover those two bills. Still haven't paid a gardener, water bill, normal insurance bill…