By Brian Warner on October 11, 2022 in Articles › Celebrity Homes

Byron Allen is often described as an "under the radar," "undercover," or "low key" entertainment mogul. When we wrote about Byron for the first time back in 2014, our subtitle said: "he's one of the richest and most powerful people in Hollywood… and you've probably never even heard his name." And that was probably true in 2014.

In the eight years since our first article was published, Byron Allen's net worth has doubled from $400 million to $800 million. He's gone from having a "mere" 30 syndicated television shows to 70. He has a star on the Hollywood Walk of Fame. He owns the Weather Channel and TWELVE cable networks. Maybe it's time to stop calling him "under the radar"?

And in a move that might officially tip the scale from low key to… high key… Byron Allen just paid $100 million for a mansion in Malibu. 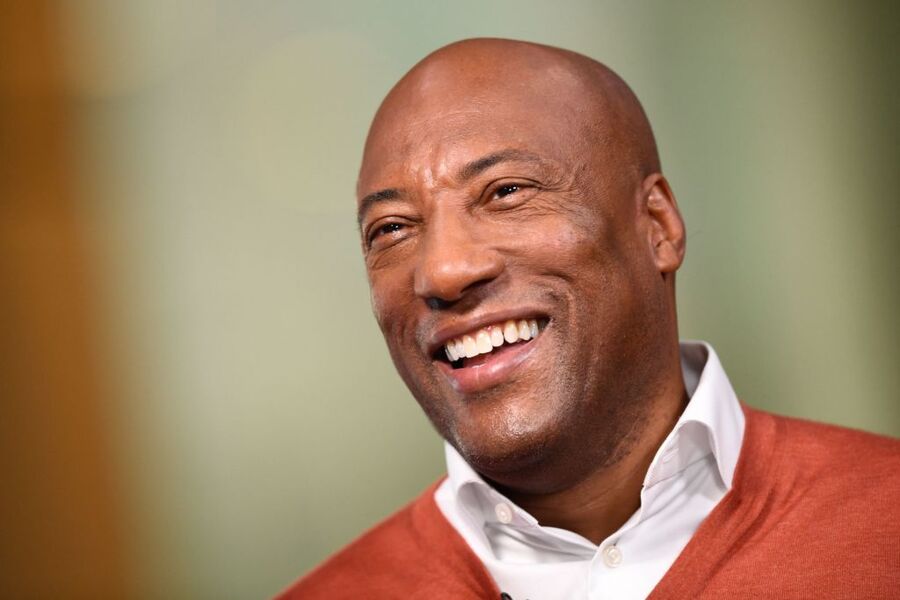 Byron Allen's new Malibu mansion was sold by Tamara and Eric Gustavson. Tamara, who goes by "Tammy," is the daughter of the late B. Wayne Hughes.

In 1972 B. Wayne Hughes bought a self storage facility in El Cajon, California. He then bought another. And another. Today the company he founded – Public Storage – is the largest self storage company in the United States with over 2,400 locations. The publicly traded company (NYSE: PSA) has a market cap of $50 billion. About a year ago Public Storage's market cap was around $85 billion.

For much of his adult life B. Wayne Hughes was the richest person in Kentucky.

B. Wayne Hughes died in August of 2021. He was survived by two children, Tammy and Bradley Jr. For whatever reason, Tammy was designated the primary heir. Though the both serve as directors on Public Storage's company board, Tammy was given the bulk for their late father's PSA shares. She owns around 10% of Public Storage, which gives her a net worth of $10 billion. She is the company's largest individual shareholder.

In addition to the Public Storage empire, Tammy Hughes Gustavson and her husband Eric inherited the Malibu mansion.

As first reported by the Wall Street Journal, Tammy and Eric just accepted Byron Allen's $100 million offer. Below is a video tour of the home, which as you can see is absolutely stunning. The exact opposite of "low key."

As of this writing, Byron Allen's real estate portfolio includes the following: