By Joseph Gibson on May 5, 2018 in Articles › Celebrity Homes

Dina Lohan, mother of actress Lindsay Lohan, is reported by The Blast to have lost her Long Island home to foreclosure, owing the bank $1.5 million after fighting to keep the house for years. The house was Lohan's childhood home, and she even gave her mom $40,000 to go towards keeping it in the family in October of 2012, but it was ultimately all for naught as the house has now been ordered by a New York court to go before the auction block sometime in the next 90 days.

As of December of last year, the elder Lohan owed exactly $1,492,784.21 on the two-story home, stemming from a $1.3 million loan she reportedly borrowed against the property after purchasing it outright in 2004 for $650,000. In 2013, JPMorgan Chase sued Dina Lohan for foreclosure on the house, claiming that she "failed to comply with the conditions of the mortgage … by failing to pay portions of principal, interest or taxes, assessments, water rates, insurance premiums, escrow and/or other charges." But after a few months, a deal was struck and the process was halted, at least until now: Earlier this year, the bank resumed its foreclosure lawsuit, and Dina was not present in court to respond, nor has she made any statements to the press. 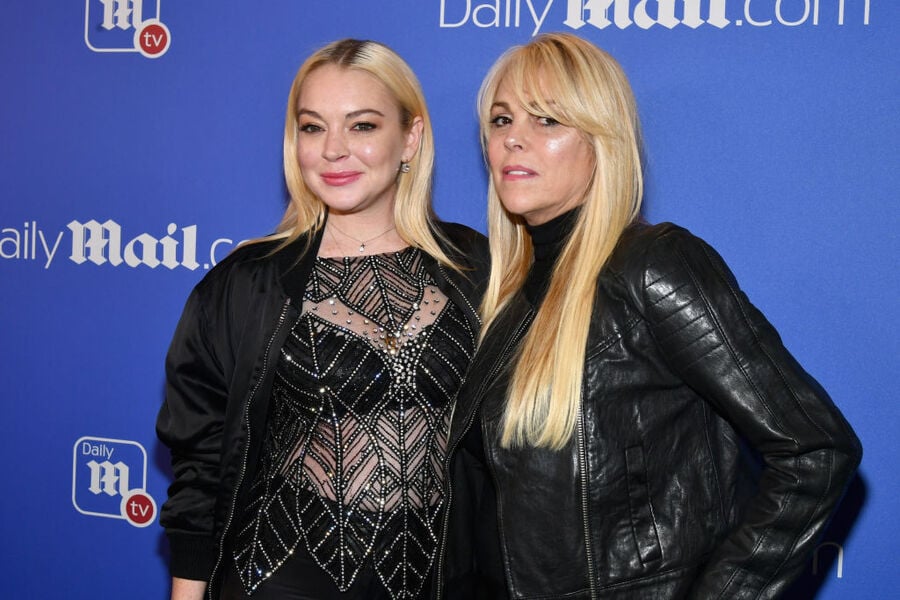 The home was last the subject of headlines in 2012, when Lindsay's aforementioned $40,000 gift to her mom so she could keep the house was the subject of a recorded phone call between Lindsay and father Michael that made its way to the public.

The true value of the old Lohan family home where Lindsay, as well as half-siblings Michael Jr., Ali, and Dakota grew up, will be determined once a sale is made but it's estimated to be worth around $900,000 as of right now. It's got a three-car garage, three and a half bathrooms, and a swimming pool.