By Donna Mitchell on August 1, 2015 in Articles › Celebrity Homes

Someone — a very wealthy someone — bought the late Lauren Bacall's three-bedroom, three and a half bathroom apartment recently, ending another chapter in the long and colorful history of The Dakota, one of Manhattan's most storied residential buildings.

Details about the buyer and exact selling price were not disclosed, but the most recent listing for the apartment was $23.5 million. Considering that Bacall supposedly bought the apartment for around $48,000, at the most, in 1961, the deal is quite a coup for her estate. 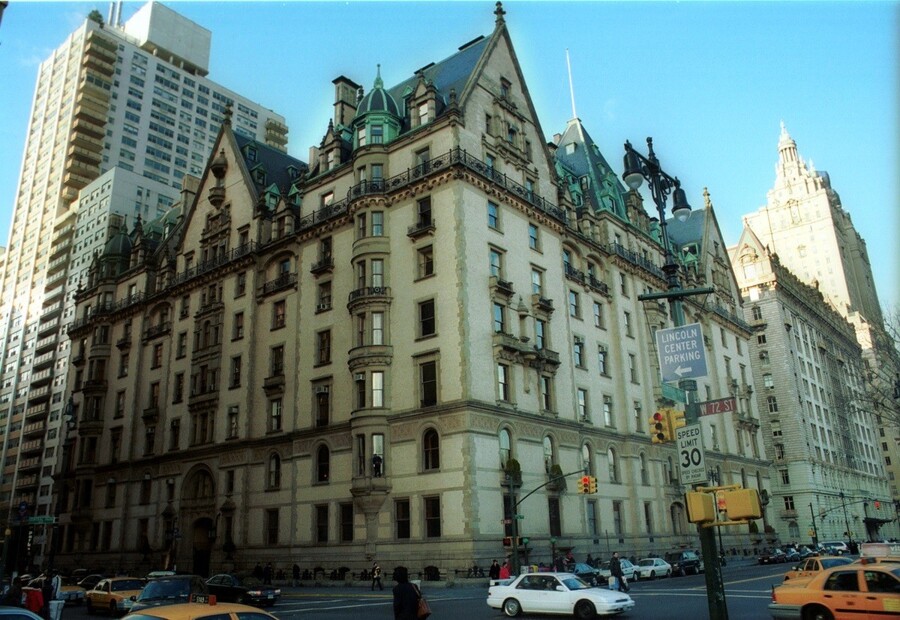 Bacall carved out screen legend status for herself, by starring in such movie classics as "To Have And Have Not," and "How to Marry A Millionaire," with Marilyn Monroe. Bacall also did several films with her husband, the late Humphrey Bogart, creating one of the most memorable collaborative teams in film. As for the apartment at Victorian-era The Dakota, it had plenty of classic features of its own, with a stylish vestibule inlaid with mahogany, hardwood floors throughout, antique custom chandliers, and arresting views of Central Park. In fact, the stately apartment is rich in mahogany paneling, and features at least four fireplaces, each with a distinctively carved mantel.

Not only was the apartment beautifully designed, but Bacall was known to be an avid antiques collector, and filled the rooms of her home with treasures from all over. The walls were lined with one-of-a-kind art pieces and masks, the shelves were stacked with books, and the mantelpieces were lined — but not jumbled or overcrowded — with silverware and candelabra. The auction, which happened over a two-day period in April, brought $3.6 million in revenue, according to reports. Among the items was a steamer trunk that once belonged to Humphrey Bogart, that sold for $47,500. Bacall's collections were cataloged and auctioned off earlier this year, making way for the apartment to go to its current buyer.