Lady Gaga's House: A $4.75 Million Mansion That is Nothing Like the Superstar It Houses

By Paula Wilson on April 5, 2012 in Articles › Celebrity Homes

Lady Gaga, also known as Stefani Joanne Angelina Germanotta, began her performance career as a musical theater and burlesque performer in the East Village in New York, seemingly attempting to follow in the footsteps of night club performers gone superstars like Bette Midler and Madonna.  She struggled for a number of years, but finally got the ball rolling around 2005, recording her first album and writing songs for other artists, such as Britney Spears, Fergie, and the Pussycat Dolls.  The release of her first album, "The Fame", seemed to be only moderately successful, but five months after its release, the first single from the album, "Just Dance", was everywhere.  Her relentless touring in Europe and smaller clubs in the US, had paid off, and by the end of 2009, multiple songs from the album were regular fixtures on the radio, and she had multiple Grammy nominations, and two Grammy Awards, for all of her hard work and tenacity.  Since then, she has continued to churn out great music, and make headlines.  A vocal social activist and a natural exhibitionist, her arrivals at awards shows consistently receive their own special coverage, and she is regularly included on "Best Dressed/Worst Dressed" lists.  When she is not making fashion or music news, her spending habits are chronicled in great detail.  Most recently, she made waves driving a brand new Audi G8 RT, which is lauded for its ability to go 0-60 in 3.5 seconds, and has a top speed of 200 mph.  She was recently spotted in her new "toy" while in Beverly Hills, where she lives in a rather mundane home that is at odds with her public persona. 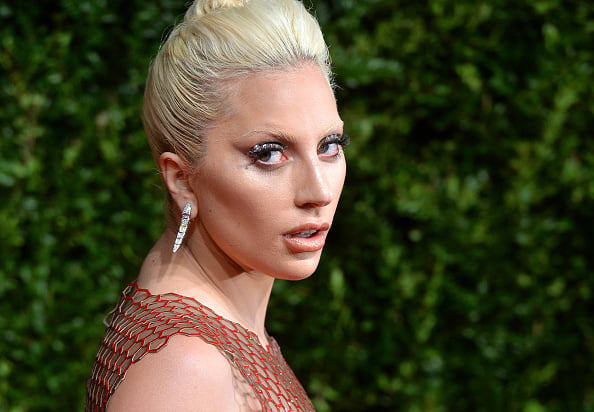 The 6,134 square foot six bedroom, eight-bathroom Bel Air mansion previously sold for $4.75 million.  Ms. Gaga, however, leases the property, as she is often away on tour, for a healthy $25,000 per month.  The property sports a high-wall and gate, surrounding a home with a two-storey living room, a massive entryway, high ceilings in all the rooms, multiple fireplaces, an office and library, a pool with an attached terrace, and a massive kitchen with outdoor seating, and an additional breakfast nook.  There is a spa attached to the pool, and gorgeous views of the surrounding valley can be seen from almost every window.  The interior design, unlike many of her fellow musicians, is quite clean and visually simple.  This is clearly the place she comes to relax and get away from it all.  Lady Gaga has definitely come up in the world from her East Village nightclub days, but in her home, she still maintains a modicum of her former, less opulent existence.