By Chris Kelley on October 26, 2016 in Articles › Celebrity Homes

Want to live like a sports star? Now's your chance. Los Angeles Clippers star center DeAndre Jordan is parting ways with his Pacific Palisades paradise. The 10,500-square-foot house comes with more amenities than one can count, but could be yours if you have an extra $12.4 million laying around.

Just last fall – in September of 2015 – it was revealed that Jordan had purchased the brand new piece of property, but it appears that it didn't take long for him to list it. While the basketball star is selling the home for a whopping $12.4 million, it doesn't look like he'll be recouping much money. According to real estate records, he actually bought the home for $12.7 just over a year ago. Regardless of whether or not Jordan is making a steal on his newly listed home, it goes without saying that the home is no doubt fit for a star.

The three-story Cape Cod-inspired home – with its 10,500 square feet of space – is just slightly bigger than the size of two basketball courts put together (and even comes with a smaller one of its own). Boasting seven bedrooms and nine bathrooms in all, the luxurious abode can be entered by way of the property's gated garden (complete with cascading waterfall).

Passing through the chandelier-clad grand foyer, the home opens up into the main floor and an overpowering, floating-style staircase leading to the levels above. Not interested in taking the stairs? No problem. The residence actually comes with its very own private elevator.

The main level of the Jordan home comes with sliding glass pocket doors that open the home up in an indoor-outdoor design, making for easy access to the property's patio, fire pit and outdoor kitchen complete with stunning multi-colored LED lighting.

The lower level of the home truly shows off some of Jordan's favorite hobbies, boasting a home theater with a 130-inch screen and stadium seating amidst floor-to-ceiling suede paneling. Assuring the Clippers center isn't all fun and games, however, are the nearby indoor gym that includes an indoor exercise pool and even an office space only accessible by a hidden bookshelf.

Of course, what would the home of an NBA player be without its very own basketball court? The backyard of the property features just as many amenities as the home itself. With lounging lawns and chairs scattered throughout, the backyard includes a pool with fountains, a small putting green and (of course) a basketball court where Jordan no doubt put in some extra practice for his games. 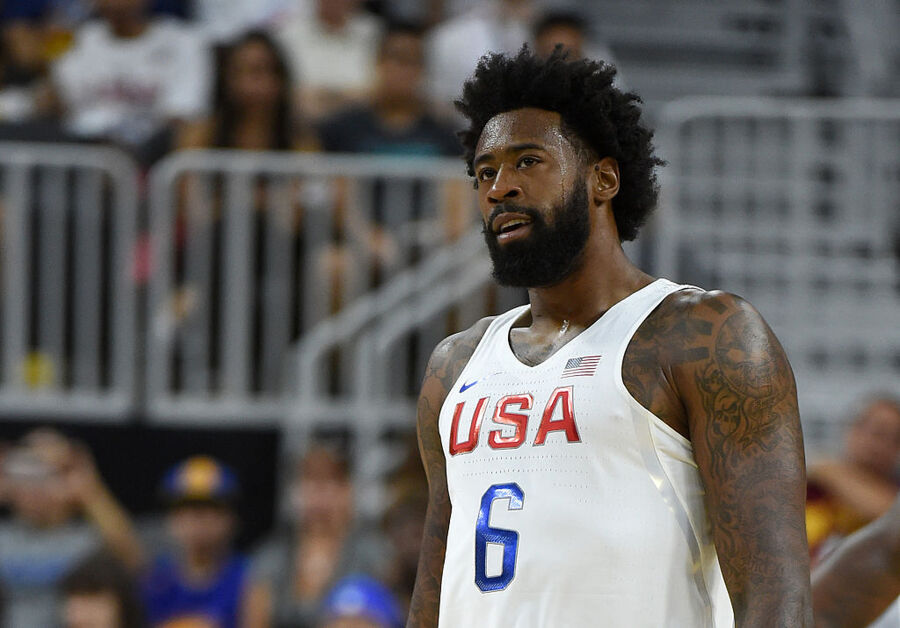 While Jordan initially bought the house for $12.7 million, it sold to its previous owner in 2013 for $4.5 million.

Known as the L.A. Clippers' 6'11" center, Jordan started off playing basketball in high school before taking to the court for Texas A&M. After just one season of playing in college, he was drafted by the Los Angeles Clippers in 2008 – the team he continues to play for today. As of 2016, his net worth sits at $13 million.