By Chris Kelley on August 29, 2016 in Articles › Celebrity Homes

Music exec L.A. Reid has a new hit – and this time, it's not one you'll find on the radio. The famous producer's latest score? Securing a swanky showplace in Los Angeles' Westside – one with a price tag nearing $18 million.

Epic Records Chairman L.A. Reid may be known as the musical mogul responsible for many multi-million dollar success stories, including his role in shepherding such high-profile careers as those belonging to Mariah Carey, Usher, and Rihanna, but a recent real estate transaction may have earned him the title of the new Fresh Prince of Bel-Air.

Built in an exclusive neighborhood described as where Bel-Air transitions into the Santa Monica Mountains community of Beverly Crest, Reid's new digs – which set him back exactly $17.99 million – can be described as the most modern of mansions.

Finished in 2015, the home runs three stories high, making it a perfect palace for both city and ocean views. With seven bedrooms, seven bathrooms, a built-in gym, indoor home theater with attached bar, a sizable wine cellar and three powder rooms spaced out over 11,246 square feet, the stylish setup is perfect for an A-list producer such as Reid to entertain or kick back.

To encapsulate the sleek style of the $18 million 'manse' with the word 'modern' is almost an understatement. Adorned with vaulted, open interiors, sharp chrome accents pair perfectly with the marriage of white oak floors and black granite walls.

While the detailed designs that make up the heart of the home are nothing short of breathtaking, it is clear that the blurred line of indoors vs. outdoors created by retractable glass walls is the real show-stealer. Modern themes continue with two floating glass staircases (but there's an elevator, too) servicing the home's three floors.

In a property that is anything but shy, Reid's new home comes with an amenity for any and every guest. When one of his artists releases their newest music video? You'll bet there will be an exclusive watch party in the home's stylish indoor theater. When that's over? Well, if the theater's attached bar doesn't keep Reid and company busy, the 300-bottle wine cellar will certainly quench the party's needs.

While the inside of the mansion certainly shines true to its $18 million price tag, any upcoming L.A. Reid gathering will likely spill into the property's stunning grounds. Why not check out the outdoor kitchen and spa? Adjacent the yard's kitchen and lined with a manicured baja deck, the home's infinity-edge pool provides quite the hillside view. Literally. The property dips off sharply, offering up a quaint, private overlook into the valley below.

Real estate records show that L.A. Reid caught a deal on the hot property, which originally joined the market in the summer of 2015 for $27.5 million before dropping to a price of $20 million. 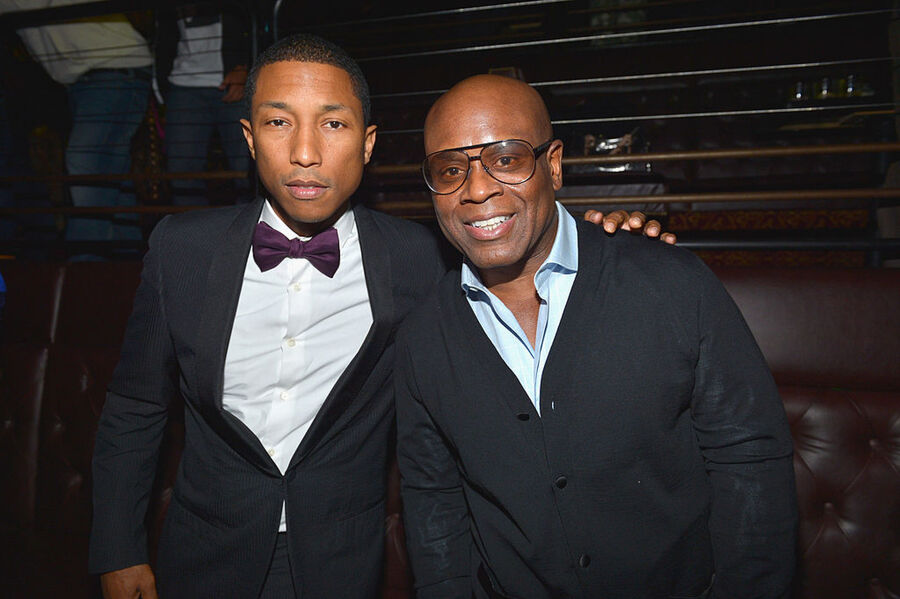 Despite the smooth savings, Reid's pockets won't be hurting any time soon. With a lucrative career that includes such milestones as co-founding LaFace Records, commanding Def Jam Music Group, and now leading the Epic Records division of Sony Records, the 60-year-old music exec is worth a comfortable $300 million.