Kylie Jenner Buys A $6 Million House In Hidden Hills: A Peek Inside the A-List Fantasy

From Calabasas to Hidden Hills, 18-year-old Kylie Jenner won't have trouble Keeping Up with the Kardashians in her new, $6 million home. Young Jenner's new Scott Robertson Road digs are quite the upgrade from her previous abode.

Another plus of the property? The custom Cape Cod classic is not far from big sister Kim Kardashian West's new home with husband Kanye, nor is it much of a drive from "momager" Kris Jenner's residence, either.

Kylie's new crib comes packed with amenities sought after by the most elite of Hollywood. Set atop nearly 4.5 acres of land, the jaw-dropping estate comes with six bedrooms and seven bathrooms, perfect for Kylie to host family sleepovers with her four sisters. 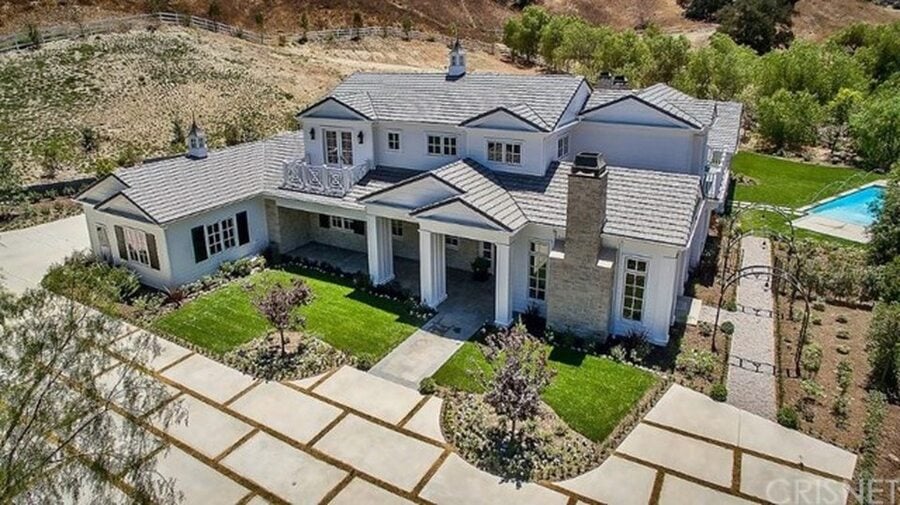 Described by online real estate database Zillow as nestled "at the end of a scenic, gently winding private drive," the property, built in 2015, allows for a spacious and open layout for the 18-year-old reality star. 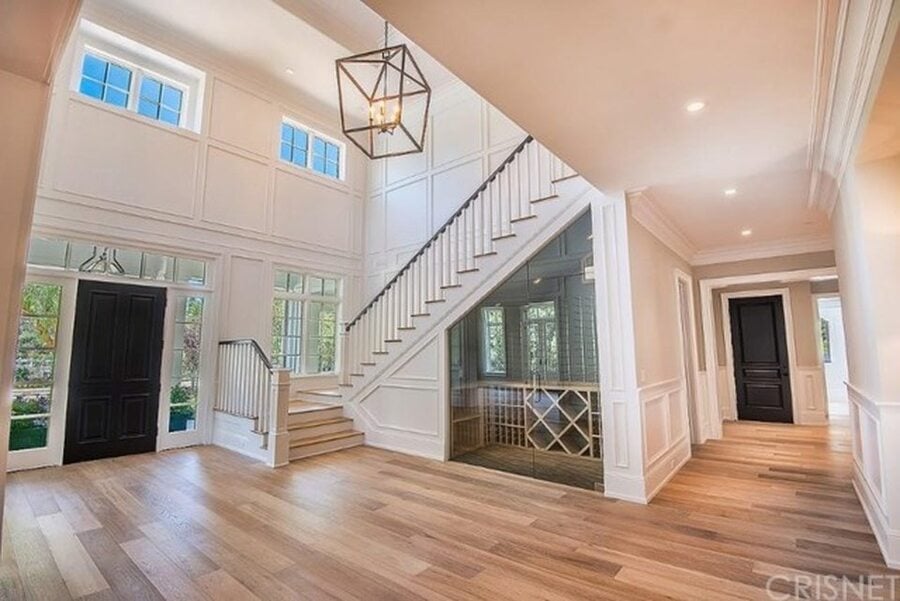 To a true A-lister's delight, the Hidden Hills home boasts many luxurious extras, including a large entertainer's patio, a theatre room, a refrigerated wine cellar, a large center island chef's kitchen, en suite bathrooms complemented by stone baths, a master bedroom with a large walk-in closet (of course!) and even a butler's pantry.

Plus, if Jenner is looking to add on, the home also comes ready to add in an elevator and is pre-wired for a sound system, electric car charging station and a house generator.

Another major draw to the 7,040-square-foot property is the beautiful layout surrounding the home. Just outside, Jenner and guests can enjoy the beautiful California weather in a chic covered patio. 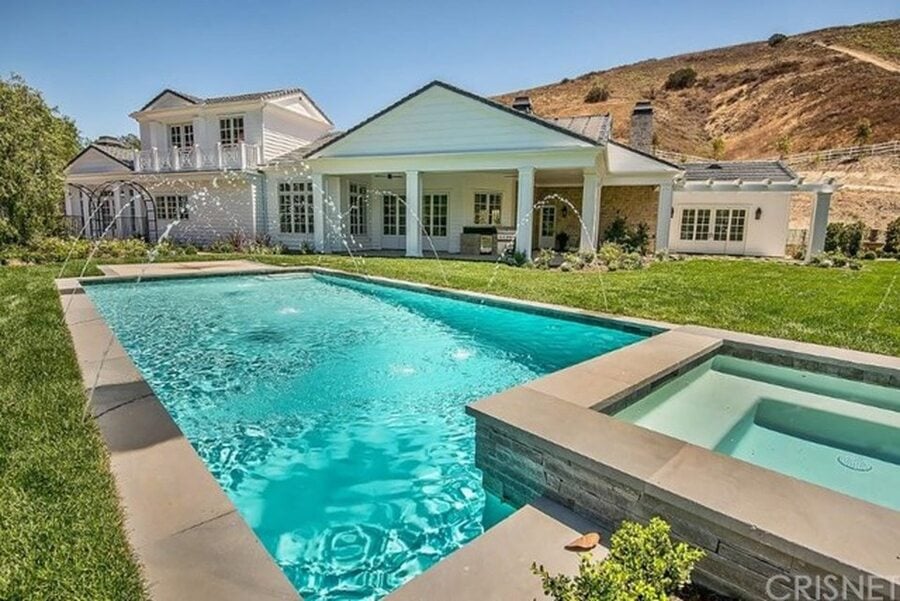 If the starlet chooses to entertain, no problem. The spacious grounds offer a sparkling, solar heated pool and spa. After rinsing off in the included pool bath, Jenner and guests can truly soak up the great California weather in the home's outdoor BBQ center.

With rolling lawns complete with fountains, roses and a concrete pad to accommodate a basketball area, off-street parking and even a future guesthouse, there's just as much to enjoy outdoors as there is inside. 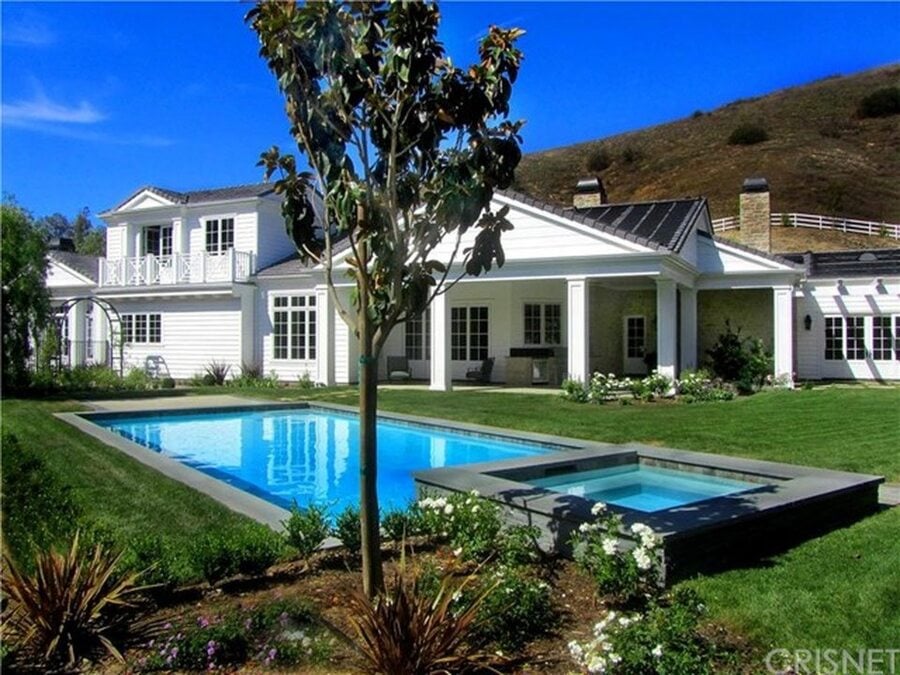 And if Kylie's feeling homesick? No worries. Her estate shares the same beachfront view as her hometown of Calabasas.

Reports suggest that Kylie's mother, Kris, played a big role in helping her nab the sought after Hidden Hills residence. However, the youngest Jenner likely had no problem footing the bill herself. 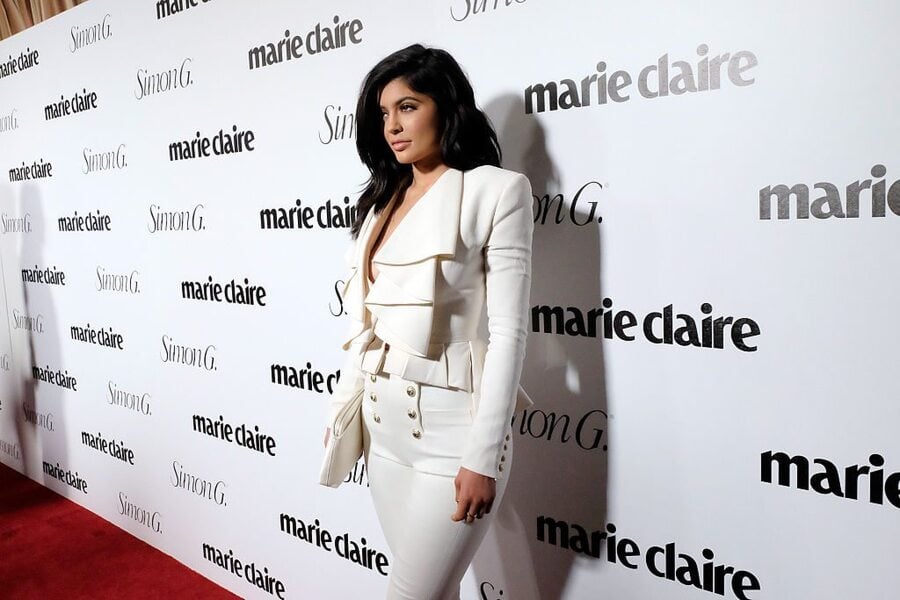 A successful model best known for her role on the popular E! reality show Keeping up with the Kardashians, Jenner commands a net worth of $300 million.

While only rough guesstimates of her E! salary are available, Jenner's self-made success truly took off following a modeling deal with Sears, her catwalk debut at the 2011 New York Fashion Week and photo shoots with various publications.

While just 17, Jenner inked her first deal in the world of real estate with a $2.7 million, 4,900 square foot home in the Calabasas gated community of The Oaks. That home is now back on the market, but has already seen several offers.