Kirstie Alley has certainly enjoyed one of the stranger careers in Hollywood.  She moved to Los Angeles to launch an interior design career, and ended up appearing on multiple game shows.  This led to small roles on television, and a supporting role in "Star Trek II: The Wrath of Khan".  From there, she began to gain more high profile work, and caught the attention of a wider audience after appearing in the hugely popular mini-series, "North and South".  In 1987, she began appearing in the role that would make her a household name, as Rebecca Howe, on "Cheers".  She received four Emmy nominations, and three Golden Globe nominations for her performance, ultimately winning one Emmy and one Golden Globe.  After "Cheers", she went back and forth between film and television work, winning another Emmy for her work in "David's Room".  She starred in the series, "Veronica's Closet" in the late 90s, and then everything kind of went spinning off track.  Throughout the early 2000s, she appeared sporadically on television, including launching her own series called, "Fat Actress", which lasted for only one season.  She did not appear in any more films.  During this period, her issues with weight and depression were well documented in the media, and every week there was a new article about her state of health.  She began to re-emerge in 2010, appearing on various reality shows, and in 2011, she competed on "Dancing with the Stars", ultimately finishing the competition in 2nd place.  She also launched her own line of organic products, called Organic Liaison.  The line includes an organic weight loss product that has recently landed her in hot water, as she is being sued for false advertising.  As she has attempted to re-launch her career, she has also attempted to unload some of her properties.  Unfortunately, she has not had much success. 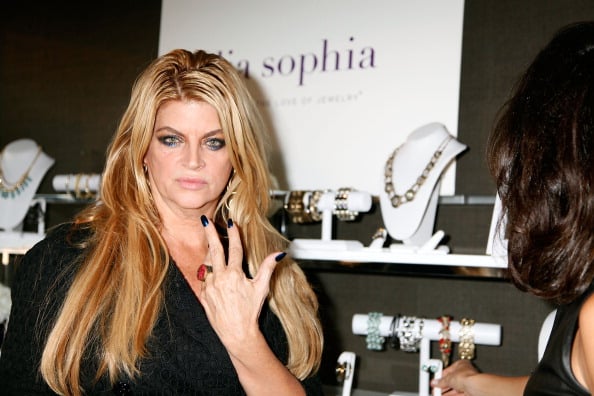 Kirstie Alley's house in Isleboro, Maine was originally placed on the market for $2.35 million.  In the fall of 2011, that price was cut to $1.99 million.  Fast-forward to July 2012, and the price has now dropped to $1.75 million.  Kirstie Alley's house is actually more like a very luxurious cottage, and can only be reached by ferry.  The house contains five bedrooms, and four and a half bathrooms spread out over 3,140 square feet.  The property sits on 16 acres of land and faces the ocean.  Hardwood floors, floor-to-ceiling windows, marble countertops in the kitchen, multiple fireplaces, guest quarters, chandeliers, a dock, and a private beach, make this cottage pretty spectacular.  Here's hoping the less than successful attempt to sell Kirstie Alley's house, will not be reflected in her attempt to jump start her acting career.