By Brian Warner on January 18, 2014 in Articles › Celebrity Homes

On June 18th, 2013, the world was introduced to a brand new Fresh Princess of Bel-Air. England has William and Kate, America has Kim and Kanye. Following in William and Kate's footsteps, "Kimye" announced that they were expecting their first child back in December. And just like their British counterparts, Kim and Kanye's royal offspring will be a Prince or Princess. Fittingly, Kim and Kanye just dropped $11 million on a mindbogglingly awesome new mansion in Bel Air, California. Most websites you'll see today will just have bare bones info and one photo of the new house under construction. Well, I just spent two hours digging through recent Los Angeles real estate sales and property records to find all the juicy details and 14 awesome photos of Kim and Kanye's new house that you wont find anywhere else…

Kim Kardashian and Kanye West are definitely taking the non-traditional relationship route. Most people date for a couple years, get married, buy a house, nest for a while then have their first baby. Kim and Kanye dated for what felt like a month, skipped marriage, got pregnant and now are buying a house together. And not just any house, an absolutely insane $11 million Bel Air mansion. Kim and Kanye's new house is located at 11790 SOUTHAMPTON Ct, Bel Air, CA 90077.

I don't feel too bad exposing their address because the house is located in the ultra-exclusive gated community Bel Air Crest that has one entrance with 24 hour armed guards and roving security. So good luck trying to party crash. The newly built 9,000 square foot house sits on a 37,000 square foot lot that was designed by Ron Firestone and has never been occupied. The mansion is two stories and features five bedrooms, 6.5 baths, elevator, basketball court, bowling alley, full hair and makeup salon, wine cellar, infinity pool, tennis court, spa, outdoor pavilion and entertaining area. And if for some reason Kimye get bored or lonely at their mansion, the Bel Air Crest community has five private tennis courts, a putting green, club house and pool. 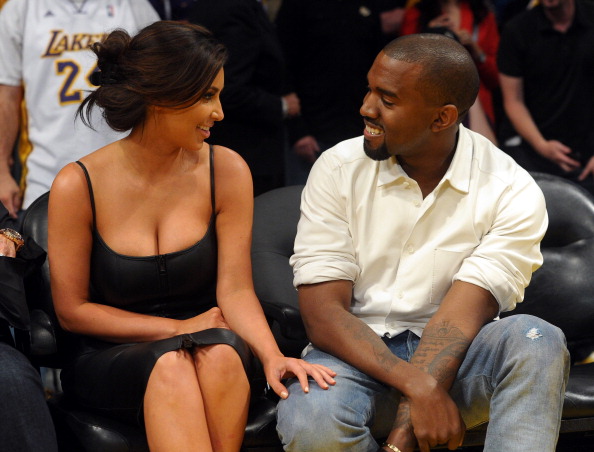 It's unclear whether or not the couple is splitting the cost of the mansion or if one person is the primary owner, but considering the couple has a combined net worth of $130 million, spending $11 million on a house is just a drop in the bucket. Assuming they put 20% down ($2.2 million) and financed the remaining $8.8 million, their monthly mortgage will be $42,000! Add to that an annual property tax bill of $110,000, insurance, home owners association dues, upkeep etc and it's likely that Kim and Kanye's monthly nut will be $60-70,000.