By Joseph Gibson on October 2, 2019 in Articles › Celebrity Homes

Kendrick Lamar has reportedly been renting places in the South Bay, California city Manhattan Beach for a while now, and it looks like he's ready to put down more permanent roots in the luxurious area. Variety reports that the award-winning rapper has paid $9.7 million for a three-story, four-bedroom, seven-bathroom mansion there.

Kung Fu Kenny bought the house in a completely private transaction, and the house was never publicly listed for sale. That means that publicly available images of the mansion are scarce-to-nonexistent. But we do know it's a brand new building from Powers Development, a luxury homebuilder that's designed a lot of homes in the area over the years. We know it measures 5,350 square feet, almost the entirety of the beach neighborhood (but not oceanfront) lot it sits on. While it's not located right on the beach, it is supposed to have great views of the sunset over the water, particularly from the open-air balcony on the home's third floor.

One aspect of the house that may come as a surprise to those who aren't familiar with typical Manhattan Beach homes is that it doesn't have a swimming pool, or the outdoor space for one if Lamar decided he wanted one. The beach being an extremely short walk away makes for a good consolation prize, however. 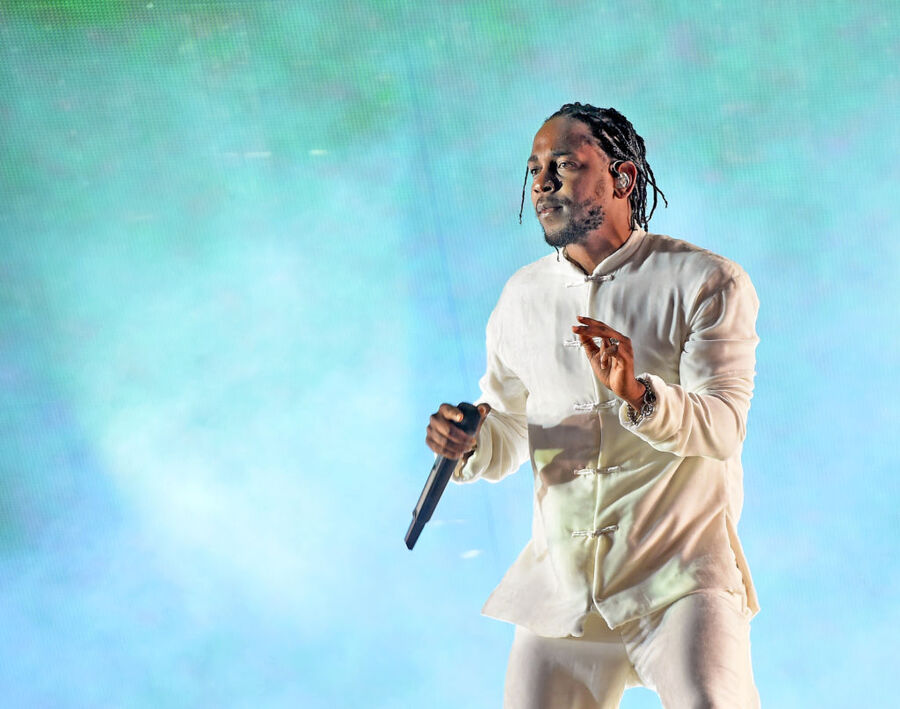 Another interesting angle here: Lamar now has a bunch of famous neighbors, including Blake Griffin, Maria Sharapova, Luke Walton, and Zooey Deschanel, so the potential for a star-studded Manhattan Beach block party is growing all the time.

This isn't Lamar's first major real estate purchase, in fact it's far from it. You can see from his previous buys how far his career has come in the last several years, because in 2013 he bought a modest house for $523,400 in Eastvale, an hour north of Los Angeles. Then, in 2017, he paid $2.65 million for a house in a gated community in Calabasas, which Variety reports is currently occupied by several members of the artist's family, including his mother and sister.