Kelly Ripa has seemed to lead a charmed life.  While starring as Hayley Vaughn on the long running soap, "All My Children", she became one half of one of soap opera-dom's most beloved couples.  Her chemistry with onscreen love interest, Mark Consuelos, the actor who played Mateo Santos, proved to be real, and the two were married a year after they began working together on the show.  While completing her final season with "All My Children", she was invited to audition as co-host for the morning show formerly known as "Live with Regis and Kathie Lee".  Her audition was a success, and in 2001, "Live with Regis and Kelly" premiered.  The revamped morning program was an almost instant hit, and has remained a ratings juggernaut even after the retirement of Regis.  In addition to her hosting duties, she also starred on the popular sitcom, "Hope & Faith" from 2003 to 2006.  She also managed to have three children in there somewhere, and purchase a stunning loft in SoHo with her husband.

While the headlines surrounding the Ripa-Consuelos clan are generally about Kelly, two recent headlines have been of the rather more sensational variety. Just a few months ago, the family appeared in the news, when a window washer accidentally let their neighbor's chicken escape.  The chicken took up residence on their roof, and was eventually removed by members of their household staff.  Her husband recently grabbed the spotlight, when old photos of his days as a stripper found their way into a few tabloid magazines.  Ms. Ripa has "poo-poo'd" the whole thing, laughing about his days as a struggling actor.  After wearing multiple hats during the day, Ms. Ripa returns to one of the most coveted properties in New York City on Crosby Street in SoHo. 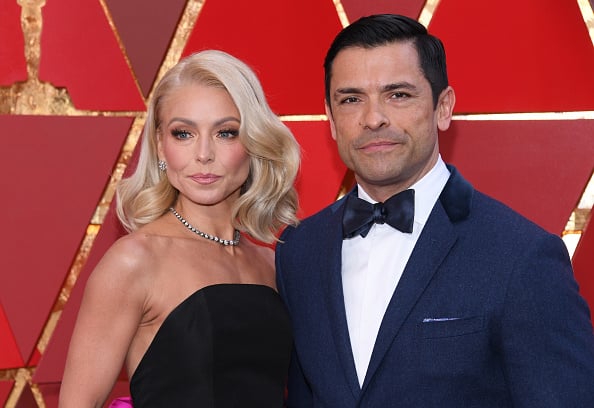 They began their time on Crosby Street in a loft that measures 5,625 square feet and houses three bedrooms and three and a half bathrooms.  Their first residence in the building also contained a massive eat-in kitchen with multiple refrigerators, a separate family wing with a pair of bedrooms and a playroom, a library/den, an office, and a personal gym.  The family enjoyed that location so much, that when they outgrew the $2.8 million loft, they moved upstairs to the 9,865 square foot penthouse suite that had recently been vacated by Nicole Kidman.  They purchased their new home for $9.95 million, and sold their unit one floor below for $6.7 million.  Fast-forward to 2012, and there is talk that they are considering moving again.  However, would anyone actually abandon almost 10,000 square feet of real estate in SoHo?  Ms. Ripa seems way more savvy than that.