Remember that scene in "40 Year Old Virgin" where Steve Carell is getting his chest waxed and he screams out "KELLY CLARKSON!!!!!""? I bet that excruciating wax-ripping pain is the same exact feeling Kelly had herself this week when she heard a Los Angeles judge's ruling on spousal support.

Kelly is currently in the middle of a contentious split with her husband of seven years, Brandon Blackstock. They have two children together.

Brandon is the son of Narvel Blackstock, Kelly's former manager. Narvel was married to Reba McEntire for many years, so Brandon grew up with Reba as his step-mom.

Thanks to her highly-successful music career and extremely high-paying gig as a periodic host on "The Voice," Kelly has become extremely rich. By our count Kelly Clarkson's net worth is $45 million. According to our sources, Kelly's salary for being a judge on "The Voice" is $560,000 per episode. That works out to around $14 million per season. According to divorce court filings, Kelly has earned $53 million working on "The Voice," before taxes. Combined with her music earnings, Kelly has earned just around $100 million during her entire career to date.

Back in December 2020 when Brandon made his first request for spousal support, he asked for $436,000 PER MONTH.

According to court documents dug up by TMZ, this week a judge ruled that Kelly would have to pay Brandon the following amounts each month:

For a total of…

She also has to pay a Brandon a one-time fee of $1.25 million to cover his legal fees. 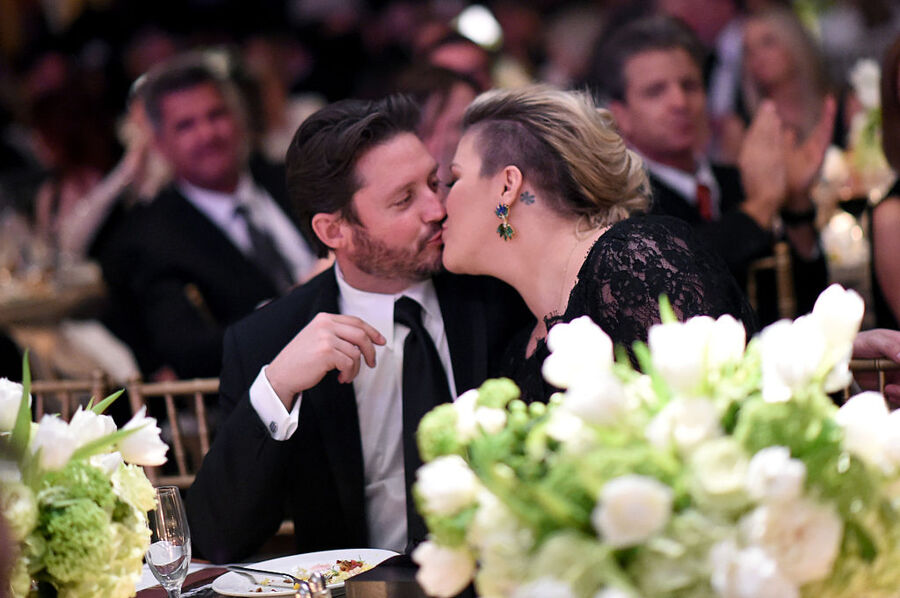 And actually, according to TMZ, this is how much Kelly has been paying Brandon since April 2021. This week's ruling merely formalized the amount as being the spousal support she will have to cough up every month for at least the next two years. The child support will likely go on until each kid reaches 18.

I also would have to assume that amount is paid with post-tax dollars? I'm be no means a divorce lawyer but I have a strong hunch that Kelly is going to have to essentially earn $5 million per year just to cover these payments.

The couple is also shedding real estate assets. In 2018 they paid $8.5 million for a mansion in Encino, California. They listed the home for sale in May 2020 for $10 million. As of this writing the listing is still active, though the price has been reduced to $9 million.