By Joseph Gibson on October 24, 2017 in Articles › Celebrity Homes

That's not cheap, but whoever gets this penthouse after Richards will be getting their money's worth. The three bedroom (with a home office/flexible fourth bedroom) duplex located at the top of One Fifth Avenue boasts three different terraces, with views of Greenwich Village, the Manhattan skyline, and Washington Square Park. It was recently renovated in 2011 by architect Joe Serrins, whose work on the home, according to its real estate listing, "highlights both form and function in the best way imaginable." And the One Fifth Avenue building itself has its own perks and selling points as well:

"Originally a luxury hotel, built in 1929, One Fifth Avenue was the work of lead design architect Harvey Wiley Corbett and to this day is recognized for its sleek Art-Deco details and its prominence in the downtown skyline. This full service co-op is located in the heart of Greenwich Village and features a full-time doorman, resident super, laundry facilities and storage. " 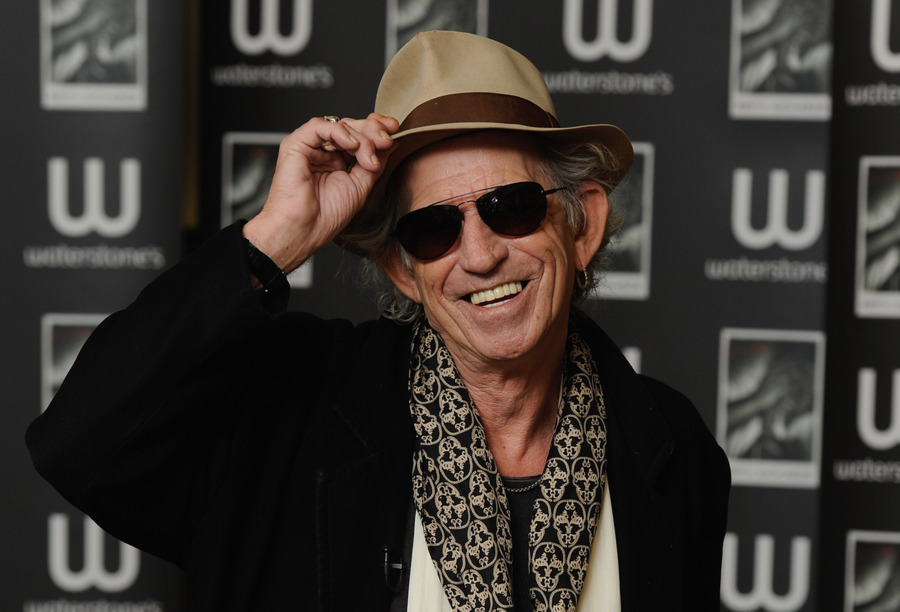 If you're looking for modern-day, high-tech touches befitting a modern day rock star, the Richards penthouse has a few. There's the Sonos sound system, fully integrated in every room, as well as the Lutron lighting system and automatic blinds installed in every window. There's AC and central heating, naturally, paired with an air purification system as well, even though it's quite difficult to imagine Keith Richards being too picky about the air he breathes through his lungs.