Katy Perry's House: Selling Off the Bits of a Pop Star's Broken Dreams

Katy Perry has become the unofficial pop culture icon of those members of the tween/junior high set, who have found themselves labeled "uncool", "dorky", or different in any way.  This means that her fan base is pretty massive.  However, her rise to pop stardom was anything but meteoric.  She began her vocal career singing at church, and then branched out into gospel music.  Forbidden to listen to pop/rock music, when she was finally able to secure meetings with record executives, she had no idea who to name as influences or artists that she wished to emulate.  She was dropped from two different labels, before finally finding a home at Virgin Records.  Her first studio album, "One of the Boys", garnered her three Top-Ten hits, and a successful tour.  Her second album, "Teenage Dream", released two years later, spawned five Top-Ten hits, tying with Michael Jackson's previous record, and led to a massively successful world tour, multiple Grammy nominations, and a 3-D feature documentary.  Along the way, she married British comedian Russell Brand, and they purchased a few properties.  Unfortunately, the marriage succumbed to the pressures of both of their careers, and after filing for divorce, they put their New York home on the market.  This July, it sold for $2.6 million. 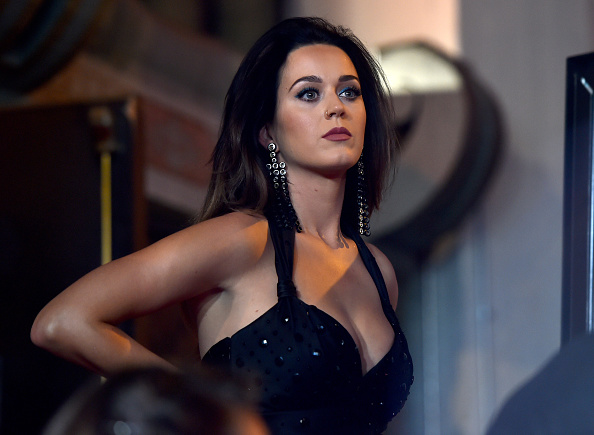 Katy Perry's house is located in the swanky Tribeca neighborhood in lower Manhattan.  The duplex condo contains two bedrooms, a kitchen, full dining room, a massive living room, and a terrace off of the upstairs master bedroom.  Katy Perry's house has a number of attractive accents including, hardwood floors, high, open beam ceilings, multiple skylights, exposed brick walls, and lots of sunlight.  While the beautifully appointed condo may not have spelled eternal bliss for Katy and Russell, here's hoping that the new owners will be able to enjoy many happy days in Katy Perry's house.