Kate Hudson first caught the public's attention in the hit film, "Almost Famous".  Her performance was so reminiscent of her mother, Goldie Hawn's early work, that just about everyone did a double take.  After her star-making turn in that film, she went on to appear in a string of high profile films, each attempting to cement her status as a romantic comedy starlet.  However, this endeavor met with decidedly mixed results, and for every hit project, like "How to Lose a Guy in 10 Days", there was a box office failure, such as, "The Four Feathers".  After a period of downtown in late 2006, after a string of less than successful films, and a divorce from her first husband, Black Crowes frontman, Chris Robinson, she began to appear in a wider variety of projects.  She seemed interested in redefining herself as something more than a pretty, funny girl, and took on roles in musicals and darker projects, such as "Nine" and "The Killer Inside Me".  Currently, she is making fewer headlines as an actress and more as a new mother.  She and British musician, Matthew Bellamy, the lead singer/songwriter for Muse, welcomed their first child in July 2011.  The two began looking for a home together in early 2011.  Just about every major magazine chronicled their search, as they went back and forth between properties in Hollywood and properties in London.  They ultimately settled on a place in California, and bought their new home just a month before the birth of their son. 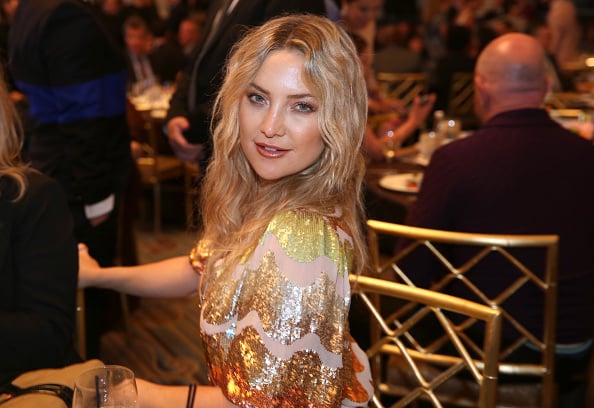 Their $5.3 million, 7,014 square foot, five bedroom, six and a half bath home in the Pacific Palisades area is mere steps from where Ms. Hudson grew up.  In the early 2000s, she bought back the home that had once belonged to her parents, and in which she lived and played as a child.  That home is next door to her new digs, and she now seems interested in creating new memories in the neighborhood where she spent some of her happiest years.  The house sports a massive living room with fireplace, a huge open-plan kitchen, high ceilings, lots of sunlight, a family room, entertainment center, sauna, pool, a workout room, a playhouse for children with a jungle gym, a wrap-around patio, and a spa.  It is truly a home built for a family, and more than an acting career, that seems to be the focus of Ms. Hudson's energy at the moment.