By Brian Warner on September 21, 2021 in Articles › Celebrity Homes

Last month, Kanye West spent a few weeks living in a converted closet under Atlanta's Mercedes Benz stadium while he finalized his album "Donda." Perhaps as a reward for the diligence and sacrifice it took to finally get that album out, Kanye is treating himself to some new digs that are a MASSIVE upgrade from a stadium closet.

Designed by Japanese architect Tadao Ando, Kanye's house is more like a concrete art installation. It appears to be a giant block of concrete. And in fact, that's exactly what it is.

According to an article from the Wall Street Journal, in order for the Malibu sand to support what became an exceptionally heavy structure, 12 pylons had to be driven 60 feet into the ground. Then 1,200 tons of concrete were poured into 200 tons of steel reinforcement.

Here's what the house looks like from Google street view: 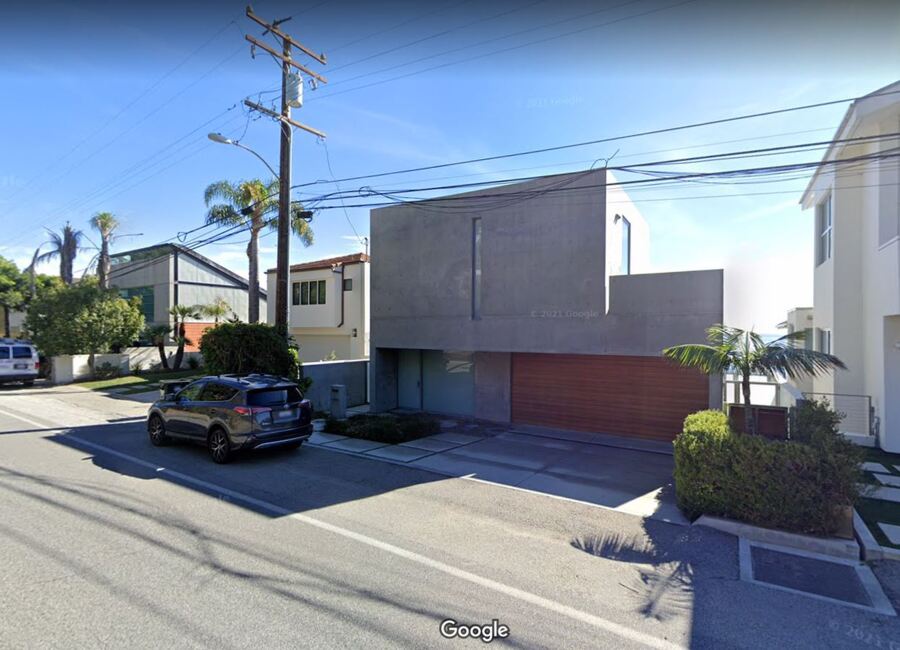 The seller, financier Richard Sachs, paid $1.3 million for the property in 2003. He then commissioned Ando to design today's structure. Construction was completed in 2013. According to Sachs:

"This is not just a house. This is like a Picasso Cubist painting, very important and very rare."

The interior is made of three floors which feature a total of 4 bedrooms and 4.5 bathrooms. The lowest floor contains three guest bedrooms. The middle floor contains the living room, kitchen and powder room. The top floor is entirely used for the master bedroom, bathroom and ocean-view balcony.

Kanye is a known fan of architecture and avowed fanboy of Tadao Ando in particular. He has described a visit to Ando's art island in Naoshima, Japan as "life changing."

Richard Sachs originally listed the home for sale in April 2020 for $75 million. Kanye's accepted offer of $57.3 million is technically a 24% discount but get this – According to the digging done by Dirt.com, Kanye did not utilize a mortgage in the acquisition. In other words, he forked over $57.3 million all-cash. Perhaps that's not surprising when you consider Kanye's current net worth of $6.6 billion.

Prior to this Malibu purchase, we pegged the value of Kanye's real estate portfolio at $120 million. With the Malibu home you can safely bump that number to $180 million. Outside of Malibu Kanye owns $90 million worth of California real estate and $30 million in Wyoming real estate. His most significant California asset aside from this Malibu house is the $70 million Hidden Hills estate he previously shared with Kim Kardashian. Kim and their children continue live at this property today. Kanye owns around 300 acres of undeveloped land in Calabasas and more than 8,000 acres of land, with some structures, in Wyoming.