By Joseph Gibson on October 13, 2021 in Articles › Celebrity Homes

Singer/actor Justin Timberlake and his actress wife Jessica Biel are letting go of their 10-acre Hollywood Hills estate, according to a report in the Wall Street Journal. They've listed the property, which Timberlake purchased in two transactions going back to 2002, with an asking price of $35 million. That's quite a step up from the $8.3 million he paid for his original first purchase nearly 20 years ago.

Timberlake purchased the 13,350-square-foot home from actress Helen Hunt, but the property is steeped in Hollywood history going all the way back to the 1940s, when a mansion was built there by "The Adventures of Robin Hood" star Errol Flynn. Flynn wasn't interested in a typical home in those days, and reportedly had the house designed with secret passageways, two-way mirrors, and hidden peepholes, among other unusual features. Unfortunately, that old Hollywood relic was razed sometime in the 1980s and replaced by two parcels of land, both of which were eventually purchased by Timberlake from Hunt, to give him his current 10-acre property. His purchase price for the second plot of land, which was around 7-acres of undeveloped property, was undisclosed. 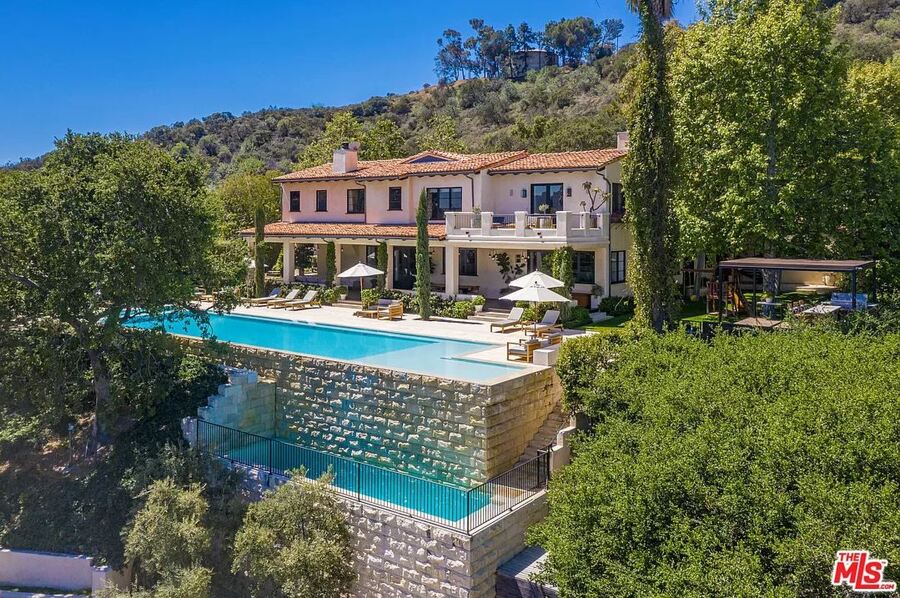 After extensive renovations by Timberlake and Biel, the home now boasts interiors designed by Estee Stanley among other features, like a gym, a screening room, and a novel entertainment space that surrounds the entire main house. Outside you'll find a separate guest house as well as an 85-foot infinity pool and separate plunge pool.

The property's official listing goes on:

Other notable showbiz stars who have lived on this property include cowboy actor Stuart Hamblen and early popstar Ricky Nelson. Only time will tell whether the home's next buyer or buyers will be able to continue its long legacy of celebrity ownership.

It's unclear if Jessica and Justin plan to buy a new Los Angeles home. If they find a buyer for the above property, they can decamp to New York City where they own a 5,400 square-foot penthouse that was purchased in 2017 for $20 million. This building comes with a monthly $15,000 HOA fee. They also own a 130-acre undeveloped estate near Nashville that was picked up for $4 million in 2015 and a property within the exclusive Yellowstone Club in Montana which was acquired for an undisclosed price. Membership at the Yellowstone Club costs $300,000 upfront and $30,000 per year. The club has 13,600 acres of land, of which 2,200 are skiable.

So they have options if they don't want to continue having a Los Angeles home base.