By Travis Pulver on February 6, 2016 in Articles › Celebrity Homes

Life is looking pretty sweet for John Legend and his beautiful wife, Chrissy Teigen. The two have been married since September 2013, and will soon welcome their first child into the world. The model and the singer dated for a few years after meeting on the set of one of his music videos, before getting engaged in 2011.

Now the duo is going to have a child, and like any couple expecting a new born child, they decided they needed a little more space before the baby arrives. So they got it by spending $14.1 million on an 8,520 square foot mansion formerly owned by another singer, Rihanna.

The three-story home has a spacious floor plan that will make it easy to entertain small and large groups of people.

When it comes time to call it a night, the duo will have one heck of a view from their bedroom.

It is not hard to imagine Legend placing a grand piano somewhere in there. They may want to rethink the surfboards on the wall by time they bring the baby home. When he or she becomes old enough to walk, those suckers will be first to come off the wall.

If Legend needs a little inspiration to come up with his next hit song, it is not hard to imagine it could happen while kicking back in this living room. 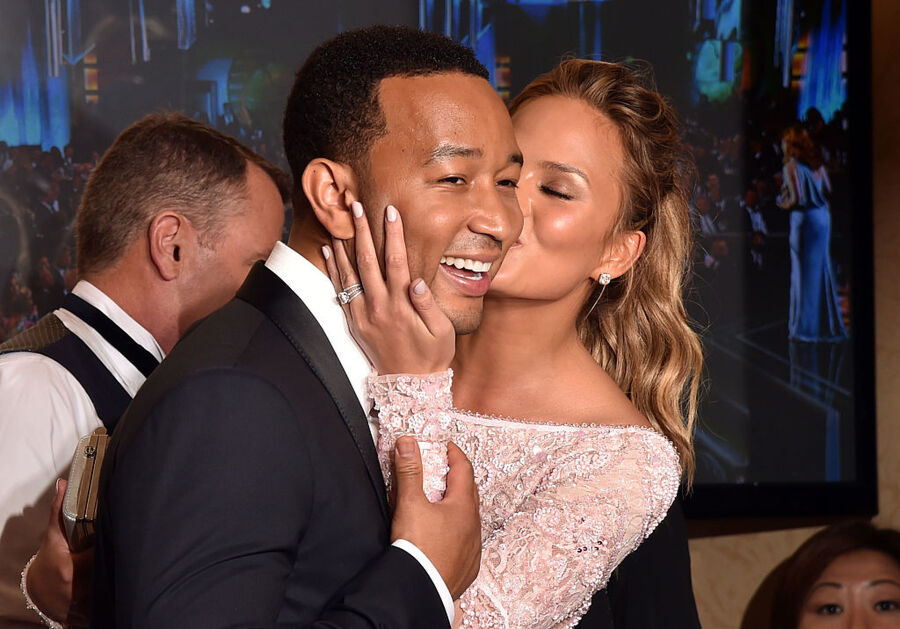 Like any good celebrity couple, they have their own theater room that is going to be showing nothing but Mickey Mouse and Special Agent Oso after the baby arrives.

With five bedrooms and eight bathrooms, the place will have more than enough room for company, and no one should ever have to wait if nature is calling. However, if someone is taking a bath, don't be surprised if they don't come out for awhile.

It will be pretty easy to get lost checking out that view.

If they don't get lost in the view, they may get lost in a closet bigger than the average college kid's studio apartment.

When all is said and done, what is inside will matter little, since there is no way anyone is going to want to hang out inside when they can be poolside enjoying a view like this. Teigen will not have a hard time writing her food blog from there.