By Chris Kelley on October 20, 2016 in Articles › Celebrity Homes

Hollywood couple John Krasinski and Emily Blunt have officially traded the City of Angels for the four seasons of the Big Apple. Following the sale of their Hollywood Hills home back in July, the couple are taking up shop in a $6 million pre-war Brooklyn townhouse.

Blunt, who stars in The Girl on the Train, and Krasinski of The Office fame have officially switched coasts with their comfy home in the borough's Park Slope neighborhood. Despite the couple purchasing the property late last year following a brief stay on the Upper East Side while Blunt filmed her latest film, they weren't quite ready to move into the property without some updates. 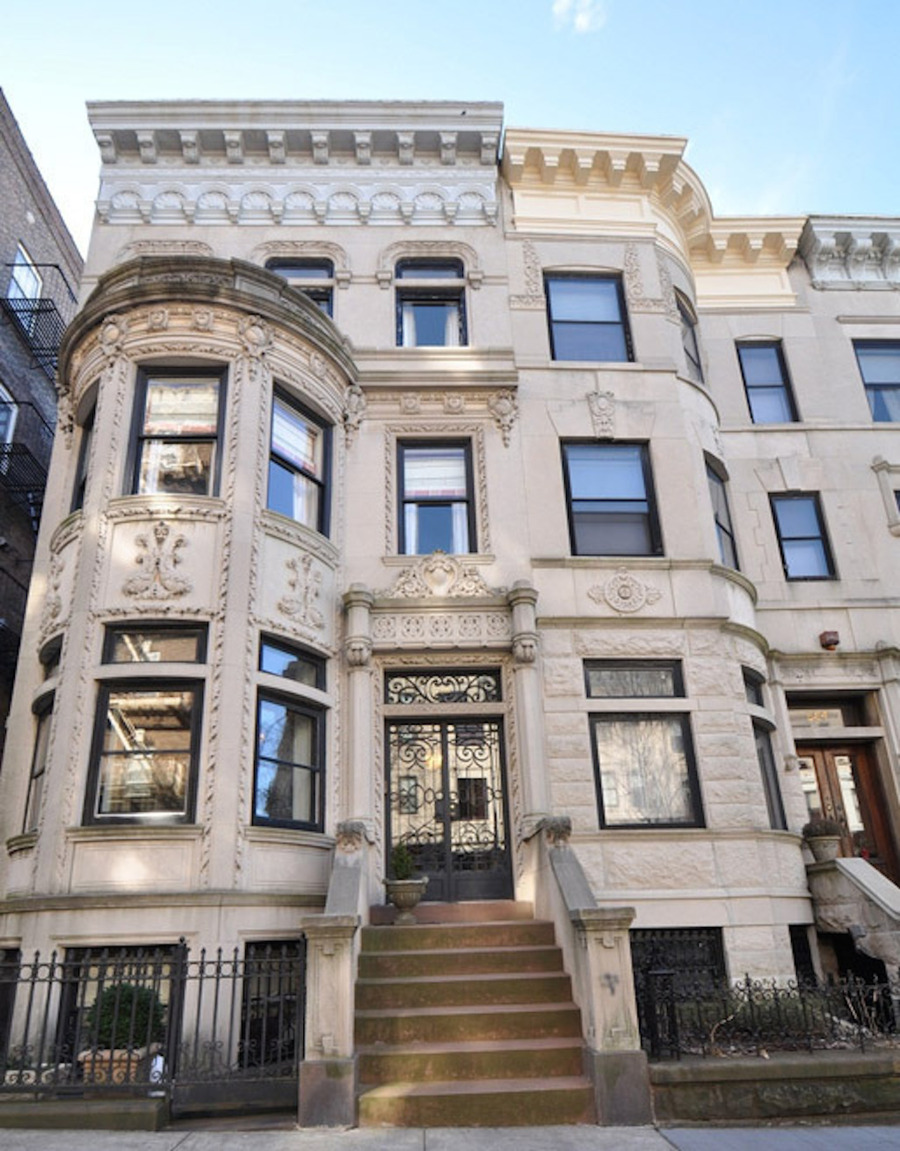 According to Luxury Listings, while the six-bedroom, 3,900-square-foot home came with a price tag of $6 million, the couple poured $300,000 into home renovations before officially moving in this summer. Commissioned in 1909 by prominent builder Otto Singer and famed architect Arthur R. Koch, the home is a freeze-frame of its era. With elegant design features including high ceilings, etched glass windows and an ornate limestone façade, there is no shortage of beautiful period details within the couple's latest buy. 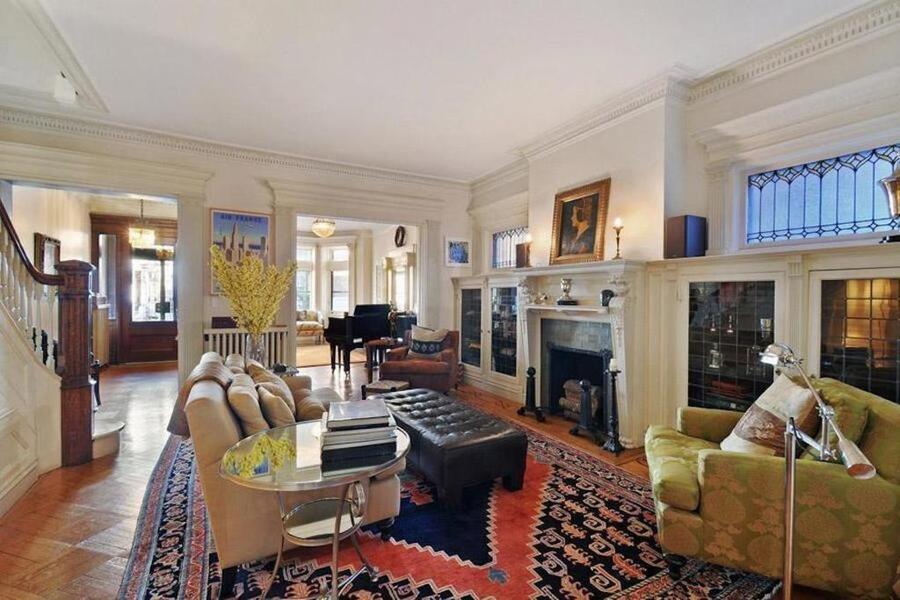 As a previous listing for the home described it, the historic townhome features a "museum-quality" feel to it, boasting unique and historic ornamentation in each room. The downstairs features a triple parlor with three sets of pocket doors and a bay-windowed music room. Some amenities that echo back several eras on the home's first level include the fine fireplaces, unique parquet floors and a rich mahogany staircase that leads to the upper floors of the home. 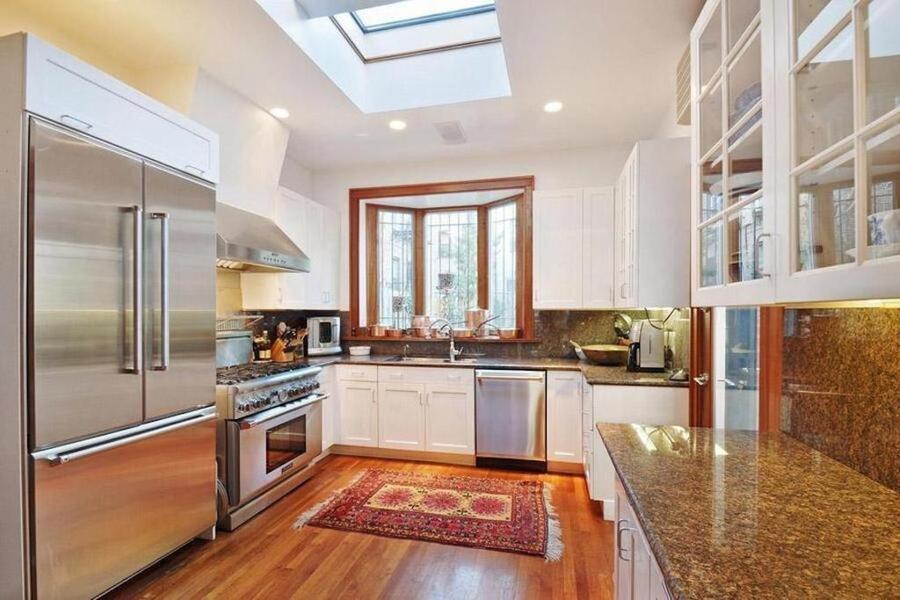 Something out of a chef's dream, the home's kitchen was recently remodeled by the previous owner – a designer – making the perfect complement to the large space available for entertaining and receiving Blunt and Krasinski's guests or simply for a fun family evening at home. 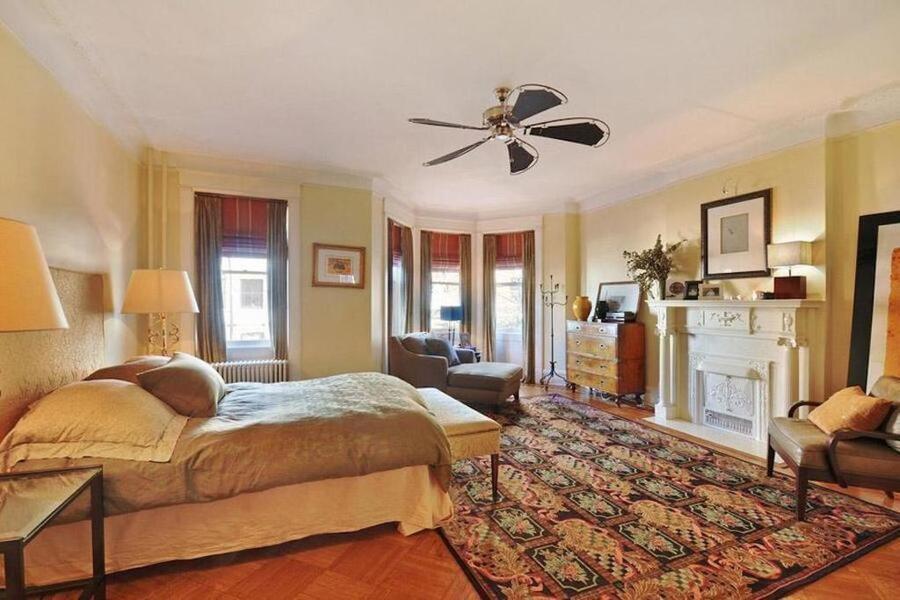 The master bedroom – one of six sleepers in the house – comes complete with its very own fireplace and unique plaster moldings and flooring. Like the rest of the home, the master suite bathroom has been updated to mesh modern sophistication with the classic feel of the home, featuring a tall, glass shower in a room filled with pre-war charm and design.

Before their big move to the east coast, the couple parted ways with several properties in Southern California, including their Mulholland Drive home and their Ojai weekend getaway spot. Additionally, Blunt and Krasinski most recently sold their 4,800-square-foot Hollywood Hills home to Kylie Jenner for $6.5 million in July. 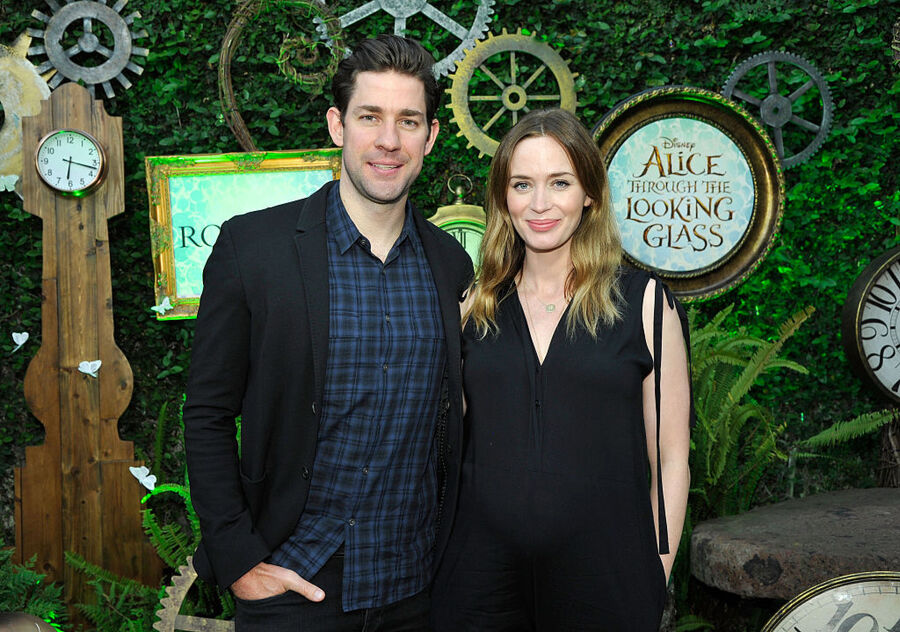 Blunt made her acting debut opposite Judi Dench in The Royal Family, while Krasinski's career began in TV commercials and bit parts in movies before he was cast as Jim Halpert on NBC'S The Office. The couple shares a combined net worth of $16 million and began dating in November of 2008, became engaged in August of 2009 and were married in Como, Italy in July of 2010. They have two daughters, Violet and Hazel.