By Brian Warner on September 26, 2020 in Articles › Celebrity Homes

On May 19, 2020, Joe Rogan announced that he was moving his enormous podcast over to Spotify. The deal has been mostly confirmed to be worth AT LEAST $100 million. With the deal, at some point in the near future all new episodes and all 1,400+ of Joe's previous episodes will be moved off YouTube and iTunes and become exclusively available on Spotify. His episodes are not the only thing being moved! In late July Joe announced that he would also be moving, from California to Texas.

Joe's move to Texas makes a lot of sense. Joe has long-expressed frustration with many aspects of living in California. As a California resident myself, I can attest to the fact that we have an overly-restrictive government full of red tape that makes it impossible to do basically anything. We have an absolutely horrendous housing crisis, yet we also make it impossible to build new homes anywhere. Want to start a small business? I hope you're good at filling out paperwork and filing for permits!

And don't get me started on taxes.

We have the highest state income tax rate in the nation and we pay the most in property taxes. If you run a business in a major city, you'll likely have to give that city a cut of your gross revenues every year in exchange for… nothing. And that's on top of paying city taxes and never ending random special taxes to raise money for projects that never get completed (train to Vegas, train between SF and LA) or weren't necessary in the first place (train to Vegas, train between SF and LA). The city of San Francisco essentially lights $250 million on fire every year dealing with its homeless crisis. But I digress.

By moving to Texas, Joe will save 13% every year on his income taxes. On $100 million, that's a $13 million total savings. That alone is a good-enough reason to make the move.

So where in Texas did Joe land? Austin.

Thanks to the good people over at Dirt.com, we now know! Today it was revealed that Joe is the purchaser of an off-market waterfront estate in Austin. The purchase price? $14.4 million.

I spent about an hour this morning trying to find Joe's new house in the hope that there might be a video tour. Unfortunately there was nothing, which is often the case for homes that are sold off-market and therefore never needed an expensive drone marketing video. 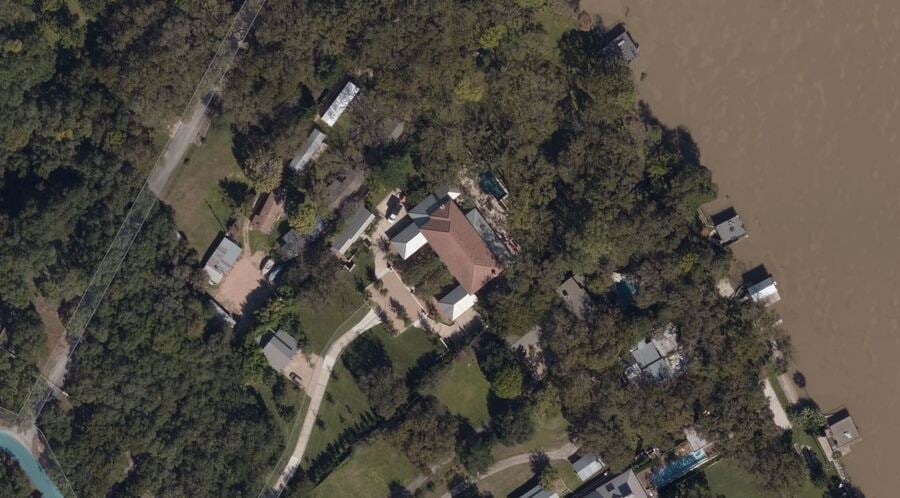 I spent two hours this morning tracking down Joe's new house in Austin. I used a dozen secret tricks that I have developed over the years to scope out celebrity homes.

As it turns out, I could have found the home in about 30 second had I followed Dirt.com's description of the property. Specifically their revelation that "some of the neighboring homes are owned by the likes of haircare billionaire John Paul DeJoria and actress Sandra Bullock."

Instead of following that hint, I went down two hours worth of real estate rabbit holes.

Had I not ignored that line, I could have saved myself a lot of effort. Why? Well, here's a photo showing the proximity of Joe and Jon's properties: 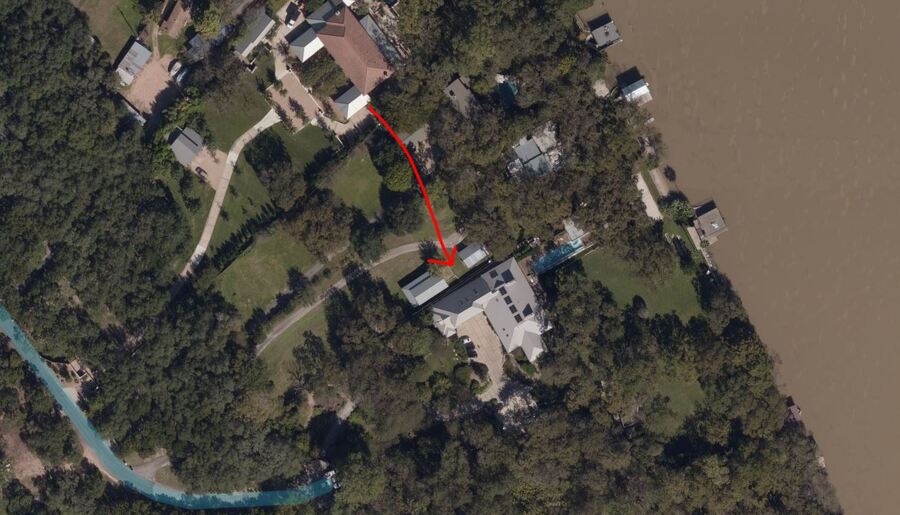 Congrats on the new mansion, Joe! Perhaps I should also make the jump to Texas?