The actress turned Honest businesswoman will be neighboring with the who's who of 90210 at her new address, according to Yolanda's Little Black Book. Located within the private and gated community of Oak Pass Road, Alba's new residence is right next door to the home of restaurateur and reality star Lisa Vanderpump, but it's not just the star-studded location that makes Alba's recent buy a great find. The 1.85-acre estate boasts a traditional-style home that one could argue is reminiscent of a typical Hamptons classic, particularly with respect to its light, open interiors. While the property was originally listed for nearly $11 million, Alba managed to score a deal by locking it in for precisely $9.948 million. The home last switched hands in 2011, when Medavoy scooped it up for $6.425, suggesting the producer turned quite a profit on the Beverly Hills address.

At nearly 9,000 square feet, this Beverly Hills home could be considered gigantic even compared to those surrounding it. It boasts seven bedrooms and eight bathrooms, a formal two-story foyer, a library and media room, and a gourmet kitchen on the inside, while the sprawling backyard makes way for a large pool and guest house.

Inside, the formal foyer features a black-and-white checkered floor that opens into the large formal living and family rooms, both of which contain a fireplace, hardwood floors, and French doors that lead to the home's backyard. As Yolanda reports, marketing materials described the interiors of the home as "Ralph Lauren-inspired."

The two-story guest house is paired with a three-stall garage, and beyond that is the estate's sprawling lawn and swimming pool. The backyard is notably paparazzi-proof, nearly a requirement for the celebrity-packed Oak Pass Road community. Beyond the Vanderpumps, other notable neighbors include Jon Voight, Channing Tatum, and Demi Moore.

According to TMZ, it was Alba's father, a real estate agent, who helped her score her latest property grab. On top of the latest Beverly Hills home in her name, Alba continues to maintain residence at several other L.A.-area properties, including this one featured in Better Homes & Gardens. 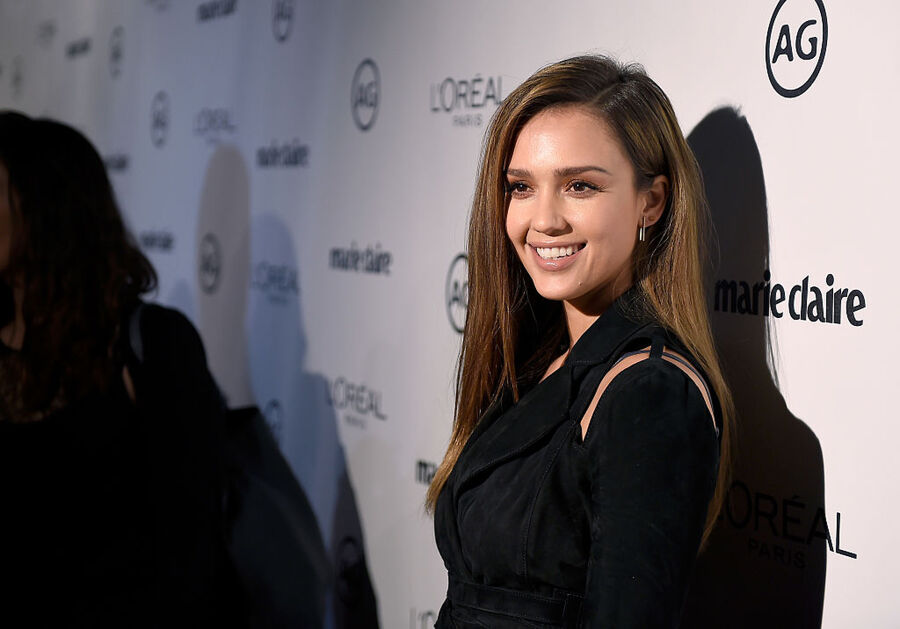 American actress and businesswoman Jessica Alba literally commands an empire – and a $350 million net worth to boot. As an actress, Alba rose to prominence for her role in the hit show Dark Angel. The 36-year-old has starred in many notable films, including Fantastic Four, Honey, and Sin City. Alba is also the co-founder of The Honest Company, a business that specializes in manufacturing eco-friendly baby and cleaning products. It is estimated she owns between 15 and 20 percent of the company. In 2008, Alba married film producer Cash Warren. The couple has two children together, Honor and Haven.