By Chris Kelley on January 21, 2017 in Articles › Celebrity Homes

Looks like Jennifer Lopez will have to try again when it comes to selling her sprawling Hidden Hills home, after a previously arranged sale fell through. The singer and actress has relisted her 3-acre estate for $12.5 million, despite real estate listings previously labeling the property in escrow.

Jennifer Lopez is on the lookout for a $12.5 million deal for her 1993 traditional-style home. Topping out at 17,129 square feet of living space, the expansive estate comes loaded with a plethora of amenities, including a resort-style swimming pool, dance and recording studios, a 20-seat theater, and enough parking for 23 vehicles. According to public records, the singer herself paid $8.2 million for the Ashley Ridge area mansion. This means that if Lopez can finally "hook, line, and sinker" a buyer for the home, she can stand to make quite the bargain by pocketing $4.3 million in the deal.

Nothing short of behemoth in size, the singer's spacious abode could be described as the perfect place for another entertainer. Not only does it include large formal and informal dining and living rooms, but it also boasts 9 bedrooms, 13 bathrooms, and an entire wing dedicated to entertainment that comes loaded with recording and dance studios, a large in-home theater, an adjoining game room, and a speakeasy-style bar.

With both a formal and informal living room, this Hidden Hills home opens into a spacious main level with high vaulted ceilings and an open layout. The cozy quarters featured above – complete with a fireplace and outdoor patio access – open into the home's second lounge room, a 12-person dining room, and a state-of-the-art kitchen.

Ever wonder why an A-list singer and actress would want to call this hot property home? Well, it might have something to do with this gigantic home movie theater and the nearby in-home recording and dance studios (and yes, there's a regular old office as well). This private viewing space can easily accommodate up to 20 guests at any time in these stylish leather seats. Before the movie starts, guests can check out some rare and exclusive posters and promotional photographs featuring Lopez in her many roles that decorate the spacious theater.

The home is straight out of a resort brochure pool setup includes a hot tub and adjoining pool, each enveloped by an expansive back patio that includes a multitude of manicured trees, seating areas, and awnings.

The Hidden Hills home was recently listed as "pending with contingencies" before Multiple Listing Service changed its status to "active" at the end of 2016, meaning its likely that a previously agreed upon deal fell through. The not-so-good news follows a fairly large real estate purchase by the singer, who is likely trying to sell the house so she can focus on enjoying her latest home. Just last year, Lopez handed over $28 million to secure an 8-acre Bel Air home from actress Sela Ward and her husband, Howard Sherman. 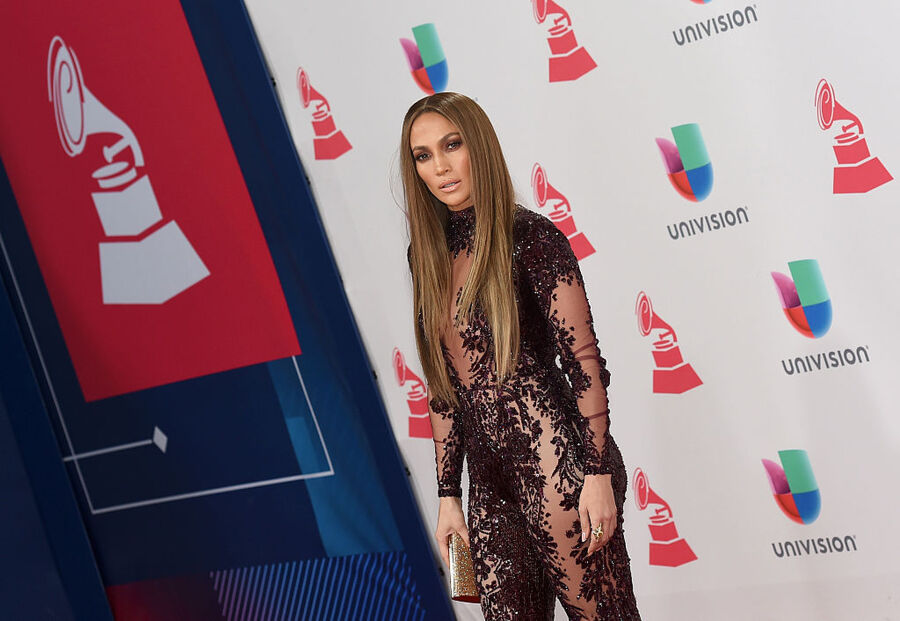 Jennifer Lopez, 47, is a successful actress and singer with a total net worth of $340 million. Raised in the Bronx, Lopez began her career as a backup dancer in nightclubs and eventually transitioned in acting. The Hollywood A-lister most recently starred in such flicks as "The Boy Next Door" and "Lila & Eve," with her latest album release being 2014's "A.K.A." She was ranked as the seventh highest-paid woman in music in 2015 with annual earnings of $28.5 million.