It's been a little under three years since Jeffrey Epstein committed "suicide" in his Manhattan jail cell. A LOT has happened in those three years.

In May 2020, Epstein's longtime travel buddy Prince Andrew was forced to resign from public duties in the royal family due to his connections to the disgraced financier. In January 2022, Andrew returned his military affiliations and royal charitable contributions to his mother, the Queen. One month later, Andrew settled a civil lawsuit with an alleged victim named Virginia Giuffre, a woman he claimed to have never met, reportedly with a multi-million dollar payout. The fallout for Andrew has been unprecedented in the royal family. His social media accounts have been erased, the text on biography on the royal family website was changed to past tense, he no longer uses "His Royal Highness," even Prince Andrew High School in Nova Scotia has announced it will change its name.

In December 2021, Epstein's longtime companion/accomplice Ghislaine Maxwell was convicted on five sex-trafficking-related counts including one count of sex trafficking of a minor. She will very likely spend the rest of her life behind bars.

In the wake of Epstein's (purported) suicide, hundreds of alleged victims have come forward seeking compensation from his estate. Epstein's estate eventually agreed to create a fund to compensate what it assumed would be roughly 100 women. Ultimately 225 women came forward seeking payment.

Epstein's estate initially set aside $125 million to compensate victims. Awards reportedly range from a few hundred thousand dollars to several million dollars depending on the scale and length of the alleged abuse.

At the time of his "suicide" on August 10, 2019, Jeffrey Epstein's net worth was $500 million. Around $190 million was subsequently paid to the IRS in the form of estate taxes. At least $30 million has been paid to lawyers in the last three years to oversee the estate and settle legal claims. Several million dollars has been spent maintaining his various properties. According to a court filing, the estate is spending $15,000 per month to store Epstein's art collection at a temperature-controlled warehouse in Long Island City.

The estate sold one of his Gulfstream private jets for $10 million, a helicopter for $1.5 million and a 50% ownership stake in a yacht club on St. Thomas for $4.6 million.

Whatever money is left over after all is said and done will be set aside in a trust for a 32-year-old woman named Karyna Shuliak, a dentist from Belarus who was apparently Jeffrey's girlfriend at the time of his death and the last person to speak to him on the phone before he… "killed himself."

In March 2021, Jeffrey's sprawling Upper East Side mansion, believed to be the largest single-family home in NYC, was sold for $51 million.

Later that same month, his Palm Beach mansion was sold for $18.5 million. It has since been demolished. His 7,600-acre ranch in New Mexico and his apartment in Paris are currently seeking buyers for $27.5 million and $14 million, respectively.

And now the crown jewels of the former Epstein real estate portfolio have hit the market: Two islands in the Caribbean known as Great St. James and Little St. James. The combined asking price? 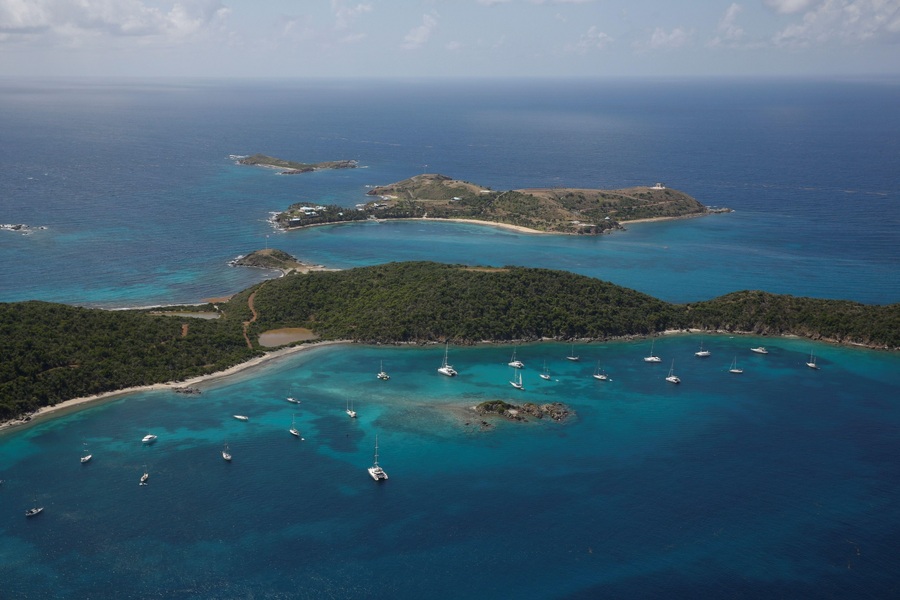 Great St. James is mostly undeveloped except for a few modest structures. Little St. James is what you may have seen in the media (or here on Celebrity Net Worth) previously. Commonly referred to as "Pedophile Island," Little St. James features a large multi-structure residential compound with four guest villas in addition to a huge main house. There's a helipad, private dock, multiple pools, three private beaches and more. This is the island where Epstein allegedly assaulted victims as young as 11. Hence the nickname "Pedophile Island."

In my opinion, Epstein's estate will have a hell of a hard time finding someone willing to pay anywhere near $125 million for a property people commonly refer to as "Pedophile Island." If ever a property had bad karma… or joo joo… or whatever you want to say, it's Little St. James.

Below is a marketing video released last week by the real estate firm representing Epstein's estate:

Andf you'd like to see more, these two drone tours give a pretty good visual representation of Little St. James: