Good news for J. Lo in her journey to unload the Hidden Hills mansion that she nabbed with ex-husband Marc Anthony. After more than two years sitting on the market, the singer has found a buyer willing to take the home off of her hands for $10 million.

Jennifer Lopez's Hidden Hills compound, which she purchased with then-husband Marc Anthony, was sitting on the market since January 2015, but it looks like she's finally been able to unload it. According to TMZ, the house will be handed over to an unnamed buyer for a grand total of $9.9 million. While getting the home off the market is good news for the singer, who just last year paid $28 million for Sela Ward's Bel Air home, the $9.9 million deal is a far cry from the original $17 million price tag Lopez had set. Despite knocking the price down several times – most recently to $12.5 million in 2016 – the superstar seems content with unloading the property as quickly as possible, even if it is for nearly $8 million below the original asking price.

Taking a look at it, it's hard to believe this 17,000-square-foot mega mansion remained on the market for so long. The sprawling residence, located inside an exclusive gated community, boasts nine bedrooms and dozens of astonishing amenities. Some of the highlights of the home include its massive formal living and dining rooms, a spacious gourmet kitchen that spills into an outdoor veranda, eight individual fireplaces throughout the main residence, an eight-car garage, and a wood-paneled library.

Like the rest of the mansion, the formal living room is adorned in wood-paneled walls, vaulted and detailed wood ceilings, and a wooden and marble fireplace. The room leads into a private office and work space and borders the home's dining room and large kitchen, all connected by polished wood flooring and adorned in royal furnishings and fixtures.

You do know that if you buy an entertainer's home, it's not going to come barren of some of the best quality in-home extras, right? If the many amenities already featured aren't enough to make a homebuyer's mouth water, the estate also includes a 20-seat indoor movie theater, a game room, gym, and its own professional bar. Of course, given its previous tenants, the property also comes with its very own dance and recording studio.

While the magnificence of the home's interiors is hard to match, the backyard is home to a large resort-style pool, spa and a children's play area. Surrounding the pool and encircling lounge area are lush rolling lawns, with a wall of mature trees to ensure a private, relaxing experience in nature. 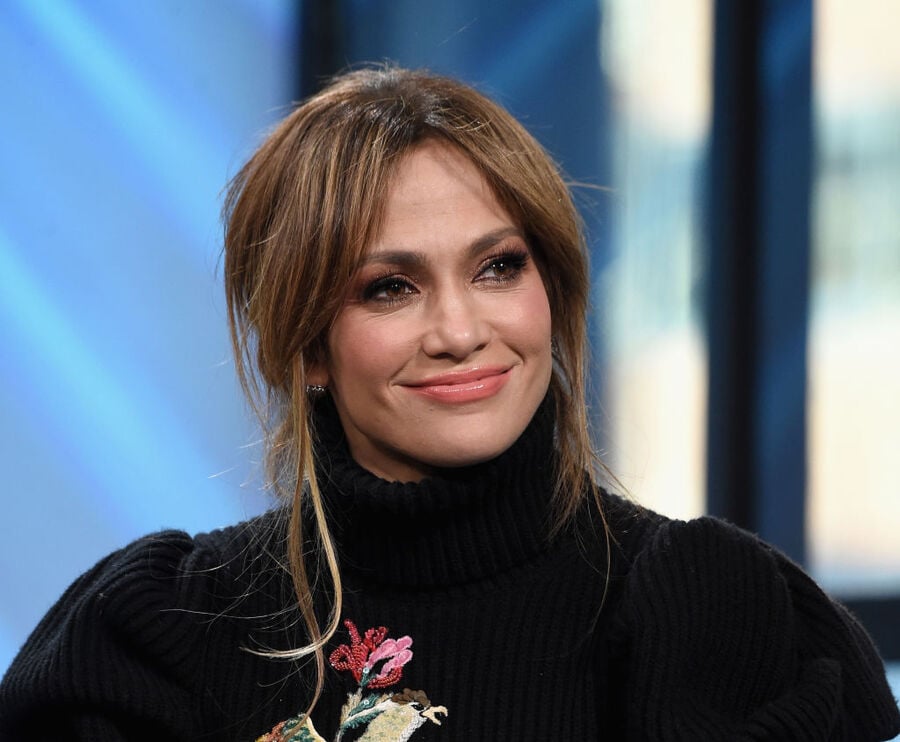 With an annual salary of $40 million per year, superstar Jennifer Lopez has a total net worth of $340 million. Her multi-decade career includes breakout performances in acting, singing, dancing, and designing. Lopez has two children, fraternal twins, with former husband Marc Anthony, whom she divorced in 2011.