You can find his brand across the globe, ranging in price from $30 for shoes to $160 for a dress, and now you can add Bebe founder and CEO Manny Mashouf's own home to the 'for sale' section – for the slightly higher price of $40 million.

American businessman Manny Mashouf is looking to make a sale outside of the more than 300 Bebe stores he helped bring to life. While the Tehran native studied political science at San Francisco State University, it was the launch of the very first Bebe store in 1976 that made him his millions, launched a worldwide women's brand name with over 300 stores and pocketed him a stunning Italian-inspired home on Holmby Hills' Delfern Drive.

In 2015, Mashouf's 20,782-square-foot mansion hit the market with an asking price of $45 million. The listing came just before Mashouf's announcement that he will sell off his remaining stake in the Bebe brand, but was pulled and added again with the $40 million price tag just this summer. 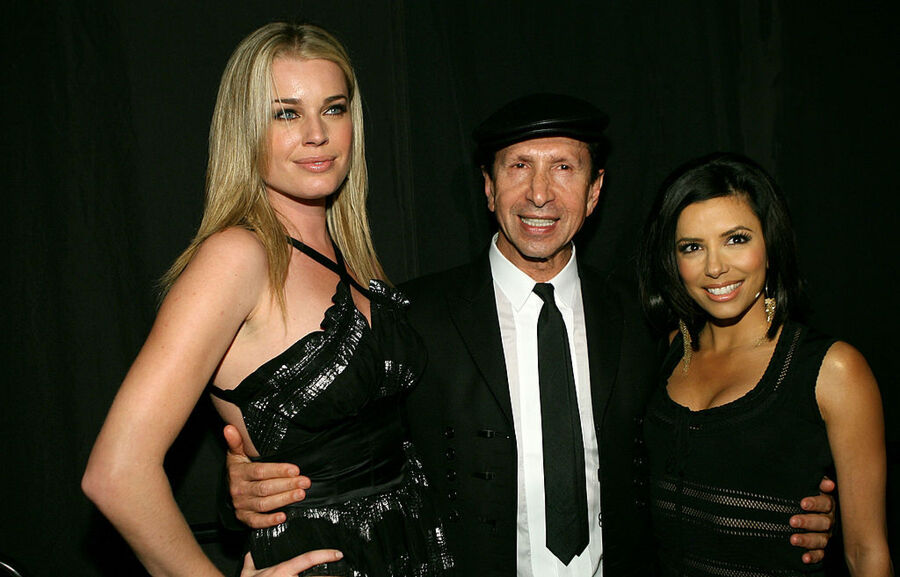 Built in 2002, the spectacular property boasts eight bedrooms and thirteen bathrooms, its own private wine cellar and more amenities than most. According to real estate records, Mashouf snagged the western Los Angeles mansion for $13.4 million in 2004, meaning he stands to make quite the deal if and when the right buyer comes along.

Described by The Agency – the real estate company charged with the sale – as "a spectacular Mediterranean estate," the home marries an Italian renaissance design with the elegance of an exclusive Los Angeles neighborhood.

The primary entrance to the home leads into a two-story grand foyer capped by 26-foot beamed ceilings in a layout that is described in marketing materials as "dramatic." The first level of the home boasts a wide and varied floor plan, consisting of a living room, private office, billiard room, card room, walnut paneled wet bar, formal dining room, maid's quarters and an expansive kitchen.

Perhaps one of the most astounding additions to the home's 52,582 square-foot lot is right in the backyard. The first floor provides two separate access points to the property's expansive backyard.

The dining room leads into the home's garden, fountains and north-south tennis court, while the kitchen leads into a large patio complete with an infinity pool and spa.

The home's second floor comes with an exclusive and luxurious master retreat, packed with a sitting area, two fireplaces, two private terraces and dual master baths complete with a fine marble design. Other exclusive amenities for the master suite include a sauna, steam room and gym, while a long hallway extends to the home's five additional large suites and two junior suites.

The life of luxury is a costly one, but interested parties can rest assured that the home's solar panel compatibility will save a few bucks on the monthly electric bill. Another option remains for those who are interested in the home but cannot meet the $40 million asking price. For $150,000 a month, interested parties can lease the Holmby Hills home.