From the White House to the right house for now — the Obamas have picked out their first post-presidential pad, a $5.3 million home in Washington, D.C.'s Kalorama neighborhood.

President Barack Obama and First Lady Michelle Obama are leasing the 8,200 square-foot home in the nation's capital beginning January 20, 2017, when their time as the country's first family comes to an end.

The 1928 stunner is a staple in the historic neighborhood, boasting nine bedrooms and eight and half bathrooms, more than enough room to house the Obamas, daughters Sasha and Malia — and even the First Lady's mother, who has been living with the family at their current home.

While many former presidents have chosen to move away from Washington, the Obamas have good reason to remain within city limits after they say goodbye to 1600 Pennsylvania Avenue. President Obama revealed that the decision was made so that his youngest daughter, Sasha, could finish high school. 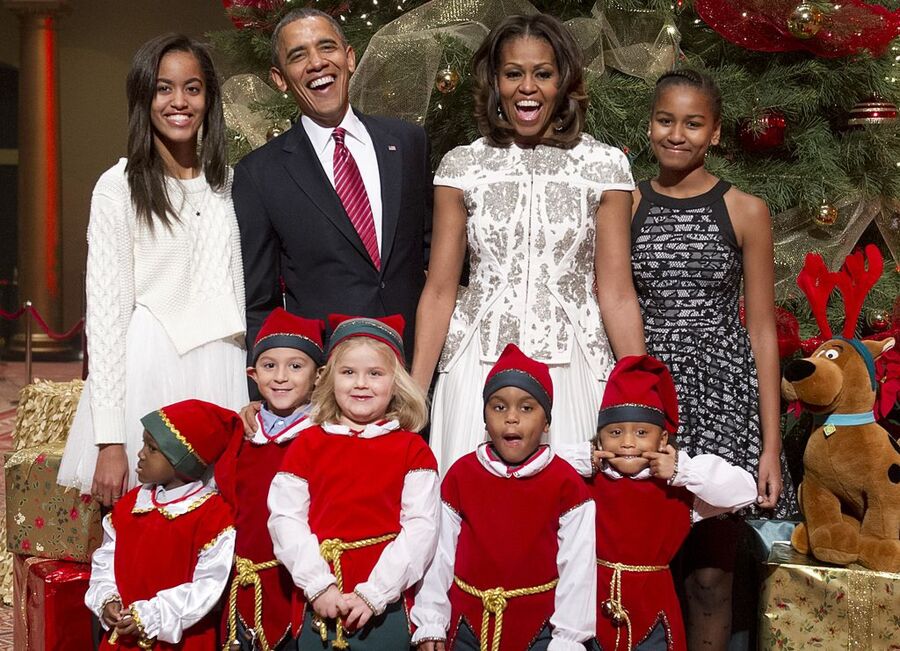 "Transferring someone in the middle of high school? Tough," said Obama. The 14-year-old is currently enrolled at Sidwell Friends School, where tuition is priced at $39,360.

Fortunately for the Obamas, they found just the deal. The real estate they will soon call home is owned by Joe Lockhart, who served as White House press secretary during the office of former President Bill Clinton. Lockhart and his wife now reside in Manhattan, where Lockhart serves as executive vice president of communications for the NFL.

The Obamas soon-to-be home comes with plenty of appeal beyond the exclusivity of the zip code.

The brick Tudor has been described as a hot piece of property in D.C. and is nestled near the home of a former congressman and many others in Washington's elite circles.

Mrs. Obama will certainly be able to keep up with her healthy eating initiative, as the Lockhart residence comes complete with not one, but two gourmet kitchens. Additionally, the Obamas will be able to enjoy an in-home workout in the home's gym.

While a step down from the Oval Office, the Kalorama beauty includes the added feature of a personal office.

The large abode is packed with plenty of other elegant extras that are perfect for entertaining, including a large reception area, a fireplace, a wet bar, a butler's pantry and a wine cellar.

Outside amenities include an oversized terrace complete with formal gardens, nestled not far from the residence's large courtyard.

While the Obamas are on a short list of presidential families who keep their home in D.C. post-presidency, the neighborhood was home to former President Woodrow Wilson following his retirement. Additionally, Franklin Delano Roosevelt took up residence in Kalorama while he served as the secretary of the Navy.

And regardless of the results of the upcoming election, the Obamas won't be far from one other presidential family. Their friends, former President Bill Clinton and former Secretary of State Hillary Clinton, maintain a $5.6 million second home of their own just off of Embassy Row.

So just how much is it going to cost the Obamas?

Zillow estimates the monthly rent of the Kalorama property could cost up to $22,000 — and while President Obama's currently salary of $400,000 will see a change when he steps down from office, it is likely that book sales, appearances and future career opportunities for both him and Michelle will more than pad the family's finances.

However, security analysts suggest that the Obama family's leased home may be due for some extensive updates in the interest of protection. Necessary changes could include costly bulletproof windows and doors and additional landscaping to the garden and nearby underbrush.

While the addition of the Obamas to the neighborhood may be a change of pace for nearby residents, the added presence of Secret Service agents will guarantee a safe, smooth transition as the family departs the White House for their new home just two miles away.